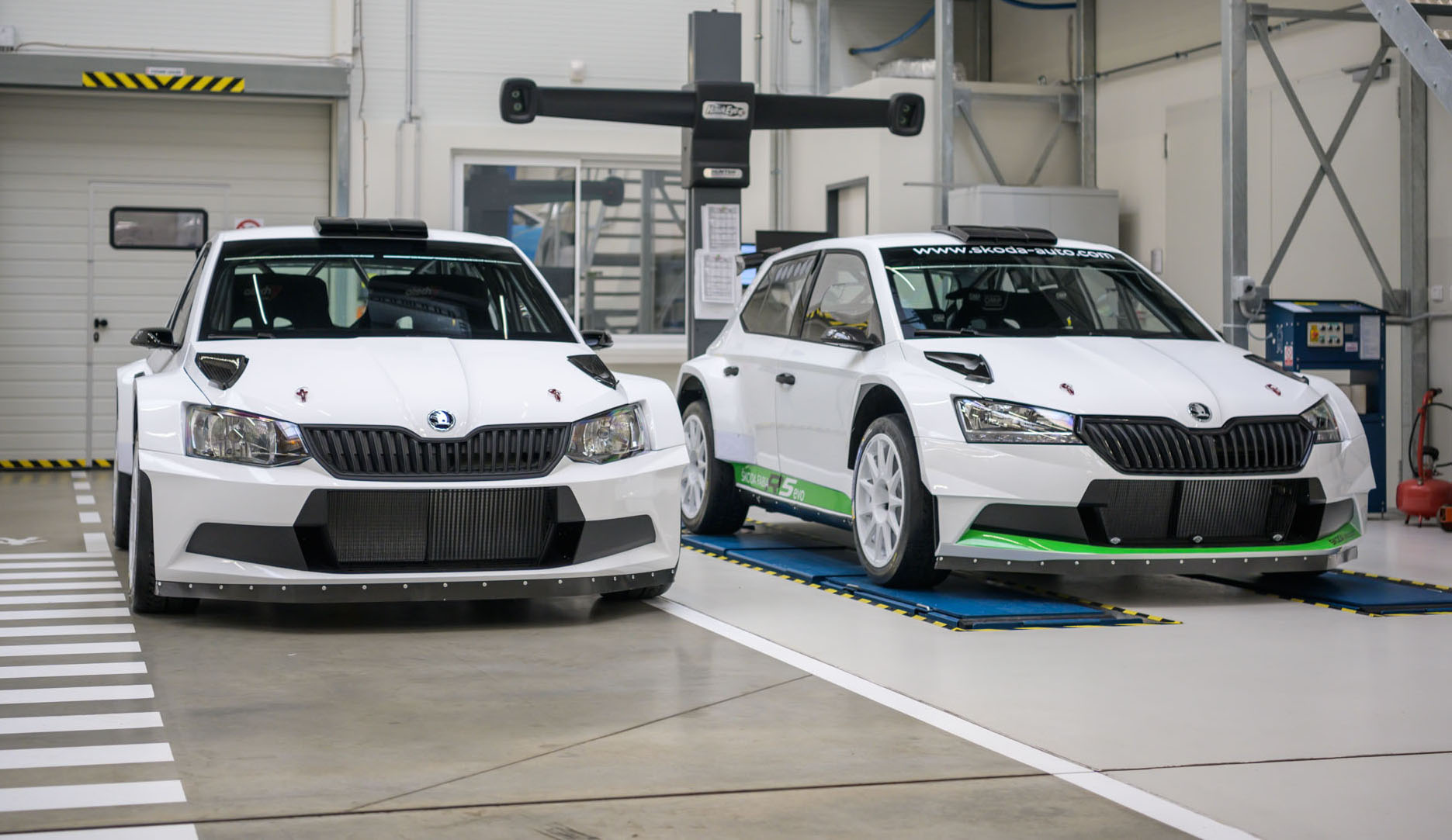 More than a hundred customer teams are collecting laurels with ŠKODA FABIA Rally2 and Rally2 evo. Thanks to the combination of reliability, durability and speed, the FABIA Rally2 has become the world’s most successful car in its class, in terms of both sales and rally results. ŠKODA Motorsport is also well-known for providing the highest level of customer service to its clients.

Between 2015 and 2020, over 100 teams from almost 40 different countries bought ŠKODA FABIA Rally2s, with the overall number of cars sold coming to more than 370. The greatest numbers of these were delivered to France, Italy, Hungary, Finland and the Czech Republic. From the second half of 2019, an upgraded ŠKODA FABIA Rally2 evo is in production. Another major upgrade came at the beginning of the 2021 season (details here).

One of the reasons why customers pick the FABIA Rally2 is the quality of customer care provided by ŠKODA Motorsport to its clients. They can be confident that original parts will be available anytime and anywhere that they need them. After opening its new, modern premises with large manufacturing capacities in 2018, ŠKODA Motorsport is able to provide a consistently high level of service to customer teams around the world: in Africa, Asia, Australia, Europe and South America.

Between 2015 and 2018, customer deliveries increased three-fold. Other services include (for example) rebuilding or modifying engines, gearboxes or dampers; consulting the set-up for individual rallies; technical training and remote support. ŠKODA Motorsport also offers its own experienced engineers and mechanics, sent directly to the rally venues.

The successes of the project

The most successful car in ŠKODA’s motorsport history dominated the world’s rallies from 2015 to 2020. Four ŠKODA Motorsport works drivers became world champions – Esapekka Lappi in 2016, Pontus Tidemand in 2017, Jan Kopecký in 2018 and Kalle Rovanperä in 2019. Thanks to its durability, reliability and competitiveness, the FABIA Rally2 also became very popular with customer teams and has helped them to win dozens of national and regional titles.