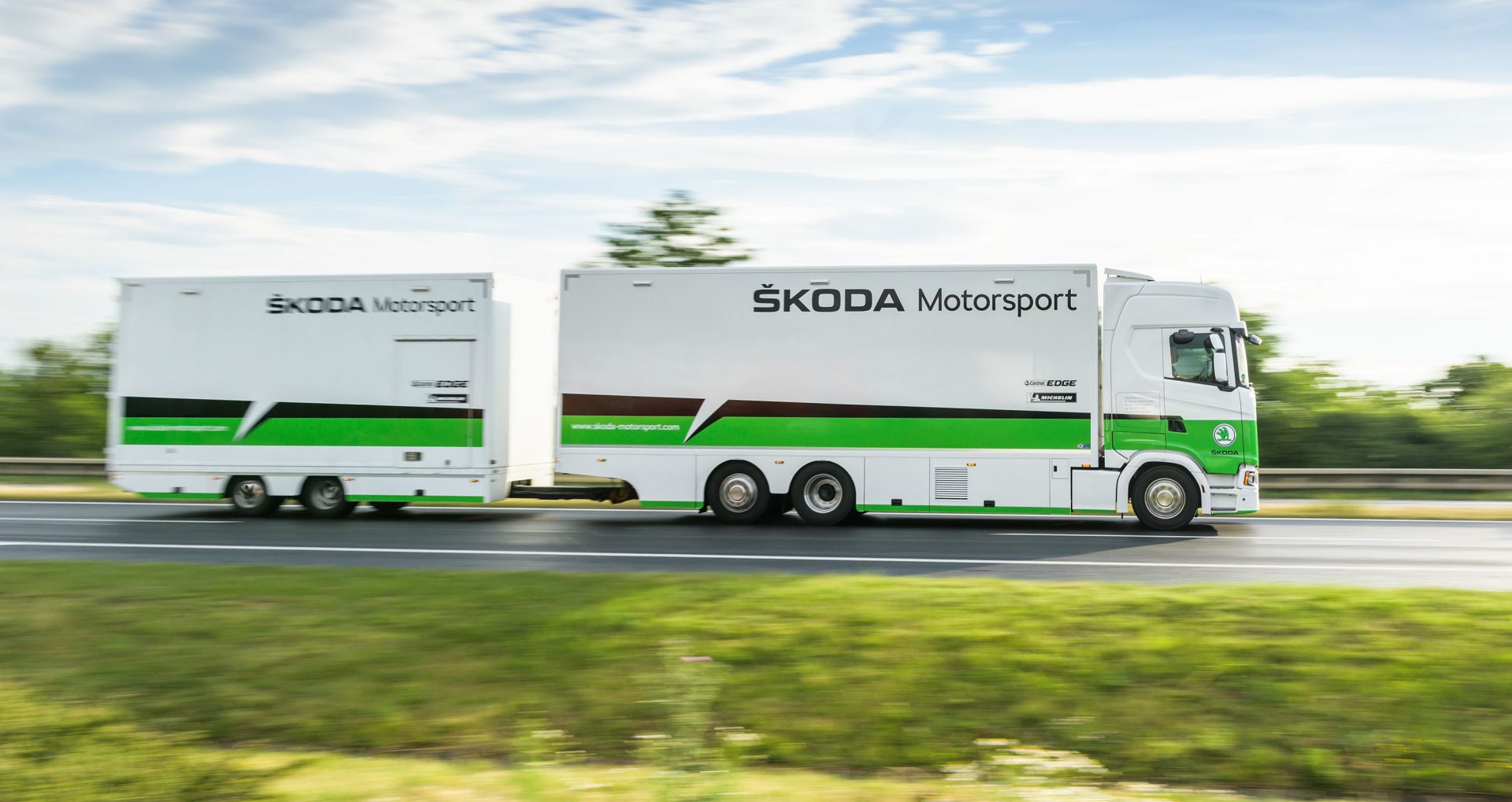 The factory team behind the wheel of the ŠKODA FABIA Rally2

In 2015, the ŠKODA FABIA Rally2 became the flagship of the Czech carmaker. With this car, ŠKODA Motorsport has already won the World Rally Championship constructor’s title five times in the WRC2 category (2015, 2016, 2017, 2018) and once in WRC2 Pro (2019). The factory crews scored big in the WRC as well. The WRC2 title was claimed by the crews of Esapekka Lappi - Janne Ferm (2016), Pontus Tidemand - Jonas Andersson (2017) and Jan Kopecký - Pavel Dresler (2018). In 2019, Kalle Rovanperä and Jonne Halttunen continued the winning streak, making Kalle the youngest ever WRC champion.

The factory team have achieved equally significant successes in the Asia-Pacific Rally Championship (APRC). Participation here took place from 2015 to 2017 and each year ended with a title for both the crew and the team.

ŠKODA Motorsport's participation in the Czech Rally Championship has also played an important role. Here, Jan Kopecký and his co-driver Pavel Dresler have managed to win the title of Czech Rally Champions five times in a row with the ŠKODA FABIA Rally2, starting in 2015. 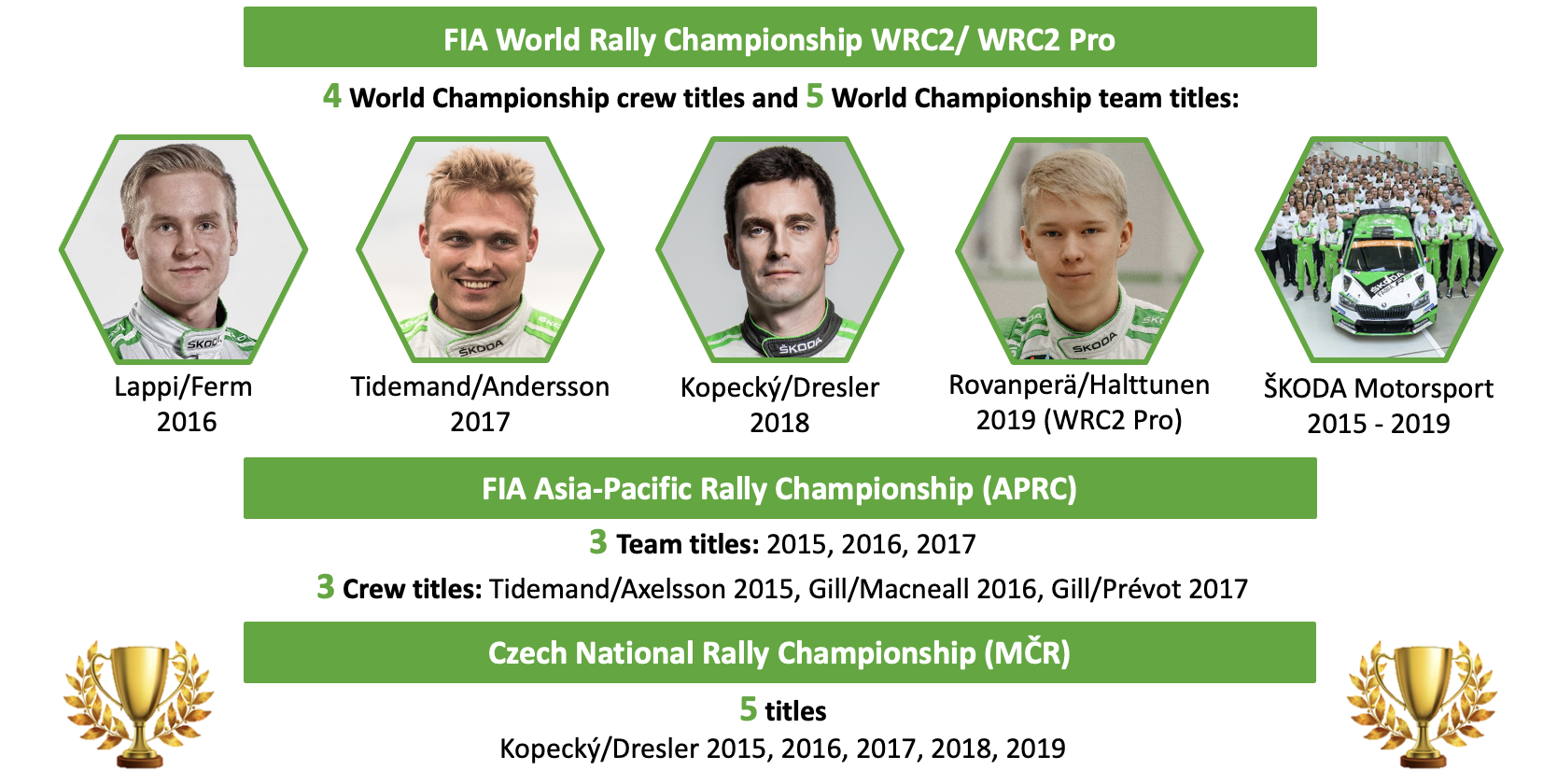 Following these extremely successful seasons, ŠKODA Motorsport has decided to focus its strategy more on its customers and support them in their fight for further valuable victories. The factory team's primary focus at the moment is therefore on deepening cooperation with customer teams and developing the services provided. The successful cooperation with the Toksport WRT team, which will be fighting for the WRC2 World Championship and the European Championship this year with the support of ŠKODA Motorsport, continues. However, an important part of the activities is also to continuously test and improve the car to ensure it remains competitive and at the top in its class.