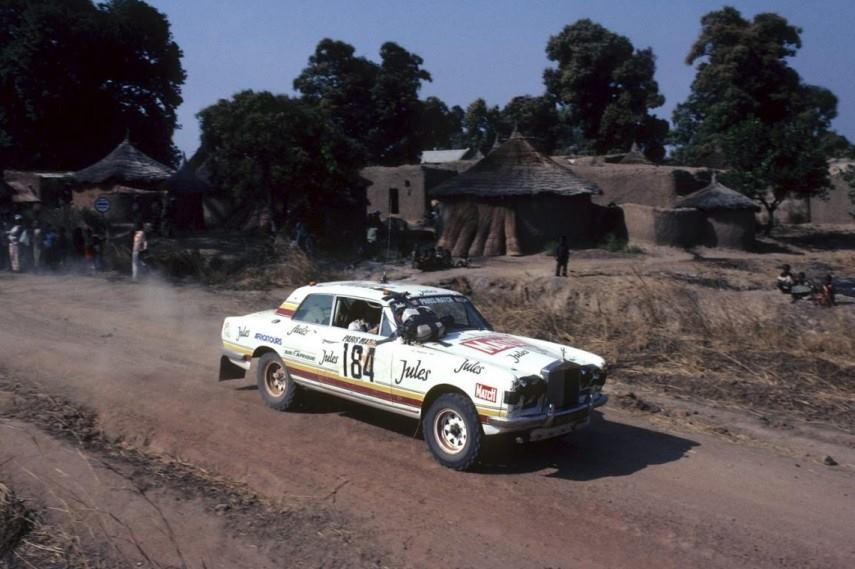 5 Weirdest Rally Cars of the World

People will race anything they can get their hands on. There are lawnmower races, races of old wrecks, amphibious buggy races and many others. Even in motorsport such heavily regulated as rallying, you can find exotic, weird and obscure cars.

Usually, you see this SUV full of children, dogs and weekend gear. This one example, though, was tearing up the rally stages of Britain until recently. It was powered with a straight-six from BMW M3 (E36), sending around 350 horsepower to all four wheels through 5-speed manual transmission and two limited-slip differentials. It was a true, professionally prepared rally machine, complete with rollcage, aluminium fuel cel, racing fuel pump, suspension components from Fox and King, shock absorbers with 35 cm of travel or viscous coupling from Porsche 911 Carrera 4S to take care of transferring the power to the fron axle.

A rally version of Rolls-Royce Corniche? Sounds like a rich sheik’s dream come true. In reality, it was a PR stunt as a part of 1981 Dakar Rally. The car used a real bodywork of the noble British car, but its innards were much more Plebeian in nature – the body sat on a tubular frame with power provided by a Chevrolet Small Block V8 engine and drivetrain borrowed from Toyota Land Cruiser. And if you wonder about the vehicle’s name, it is a promotion for a Christian Dior perfume of the same name. The car finished the Dakar Rally, but was disqualified in the end.

Second try, this time without aristocratic exterior. Jules the Second was built for demanding Peking-Paris rally and once again, it was based on a tubular frame. This time, though, it was dressed up in futuristic Kevlar bodywork. Roughly 370 horsepower and more than 600 Nm of torque was directed to front two axles (the third was there just for better weight distribution). The vehicle was able to reach 200 km/h on almost any surface, but the race it was built for was canceled in the end. It ended up running in 1984 Dakar rally, but it did not finish due to damaged chassis.

In 1960, three Tatra 603 rally cars were built for the legendary Rally Monte Carlo. The large limousine, powered by rear-mounted, air-cooled V8 engine, wasn’t exactly a typical rally material, but it proved to be very capable in many rally events of the time, like Rally Alps, Rallye Wiesbaden, and in various road races. It didn’t get the chance to shine in Monte Carlo, though – the Czechoslovak authorities at the time required the crews to be people with “proper political views” and the whole thing was canceled in the end.

A stately saloon, known for its ride comfort, put its capability of travelling the rough surface with poise and stability to great use in rally as well. In 1956, it won its class at Rally Monte Carlo, in 1959, it managed to win overall. It was shining in other rallies as well, with legendary drivers like Bianchi, Toivonen or Neyret behind the wheel. Even ladies competed with it – in 1961, Claudine Vanson used it to win the Coupe des dames. The last big success for DS came in 1975, two decades after it was launched, in the Tourism class of Rally du Maroc. In 1981, Bertrand Roncin managed to finish the Dakar rally in one, but that was his individually built vehicle with no factory support.