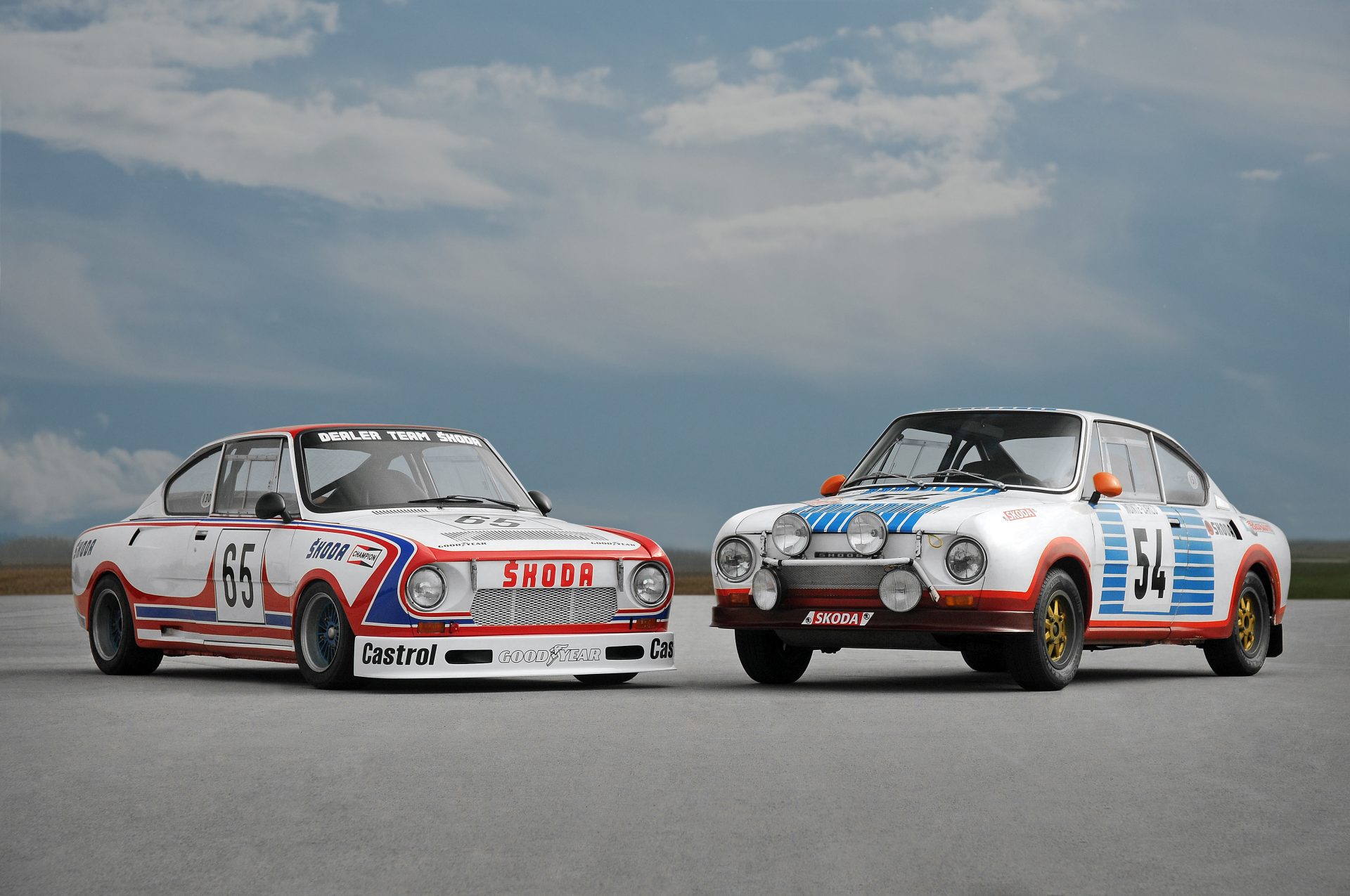 8 Cars That Wrote the History of ŠKODA Motorsport

The 2018 season is the most successful year of ŠKODA Motorsport so far. The FABIA R5 dominates the WRC 2 category around the world and the factory team is on its way to have the best year in its history. We should not forget about the history, though. In over a century of racing, ŠKODA and its predecessor, Laurin&Klement, produced many motorsport legends. Here are the most important ones.

The first car Václav Laurin and Václav Klement built was also the first one they took racing. VOITURETTE A was the young company’s first foray into four-wheeled vehicles and, like the motorcycles and bicycles that preceded it, the company founders used it to prove that their products are not only reliable, but also fast.

After ŠKODA POPULAR roadster took 2nd place in the 1,500 cc class of Rallye Monte Carlo, the company decided to bring its performance to customers. The limited-production car with special bodywork was unveiled at 1936 Paris Car Show and stunned audience with its looks. Coupe and roadster versions were available and one of the few produced coupes is, after extensive restoration, still a part of the ŠKODA heritage fleet.

With twin-carburetted engine borrowed from a gorgeous FELICIA convertible, the OCTAVIA TOURING SPORT was a popular choice among the young drivers in the early days of modern rallying. Especially in the hands of young Finn named Esko Keinänen, winning its class both in Monte Carlo and The Rally of the 1,000 Lakes – and stunningly, taking the second place overall in the latter, beating even much more powerful cars.

Nicknamed “the Porsche of the East”, the ŠKODA 130 RS was one of the most successful rally cars of under-1,300 cc class in the 1970s. Based on the handsome 110 R coupe, it was fitted with larger engine, lightened aluminium parts and widened fiberglass fenders. Driven by ŠKODA Motorsport legends like Svatopluk Kvaizar, John Haugland or Ladislav Křeček, it was successful both in WRC and European Rally Championship. It was also successful in circuit racing, winning the European Championship in its class.

A replacement of the 130 RS, the 130 LR, based on the the 120/ESTELLE, was built to specification of the legendary Group B. With superior traction provided by its rear-engined design, it was very successful in its class and even achieved surprisingly good results overall – with the high point of its career being a victory in Marlboro Günaydin Turkish Rally of 1986.

Premiered in 1995 and most famously driven by the Swedish legend Stig Blomqvist, the FELICIA KIT CAR was the first ŠKODA rally car developed under the Volkswagen ownership. Its successes laid the foundation for the new era of ŠKODA Motorsport.

In 1999, ŠKODA Motorsport first entered the highest level of rallying with the OCTAVIA WRC. It was the first four-wheel-drive rally car fielded by ŠKODA Motorsport and also the first one equipped with turbocharged engine. Among the drivers who took it to the rally stages between 1999 and 2003 were legends like Stig Blomqvist, Toni Gardemeister or Armin Schwarz, and it was also the first ŠKODA rally car driven by Jan Kopecký.

The first in line of rallying versions of FABIA, the FABIA WRC, was introduced for 2004 WRC season. Powered by the same 2.0-litre, 20V engine as its predecessor, it took ŠKODA Motorsport to many rallying successes. It was also the car Colin McRae used for his rallying swan song – and one that Harri Rovanperä, father of the current ŠKODA Motorsport driver Kalle Rovanperä, drove in the 2006 World Rally Championship.