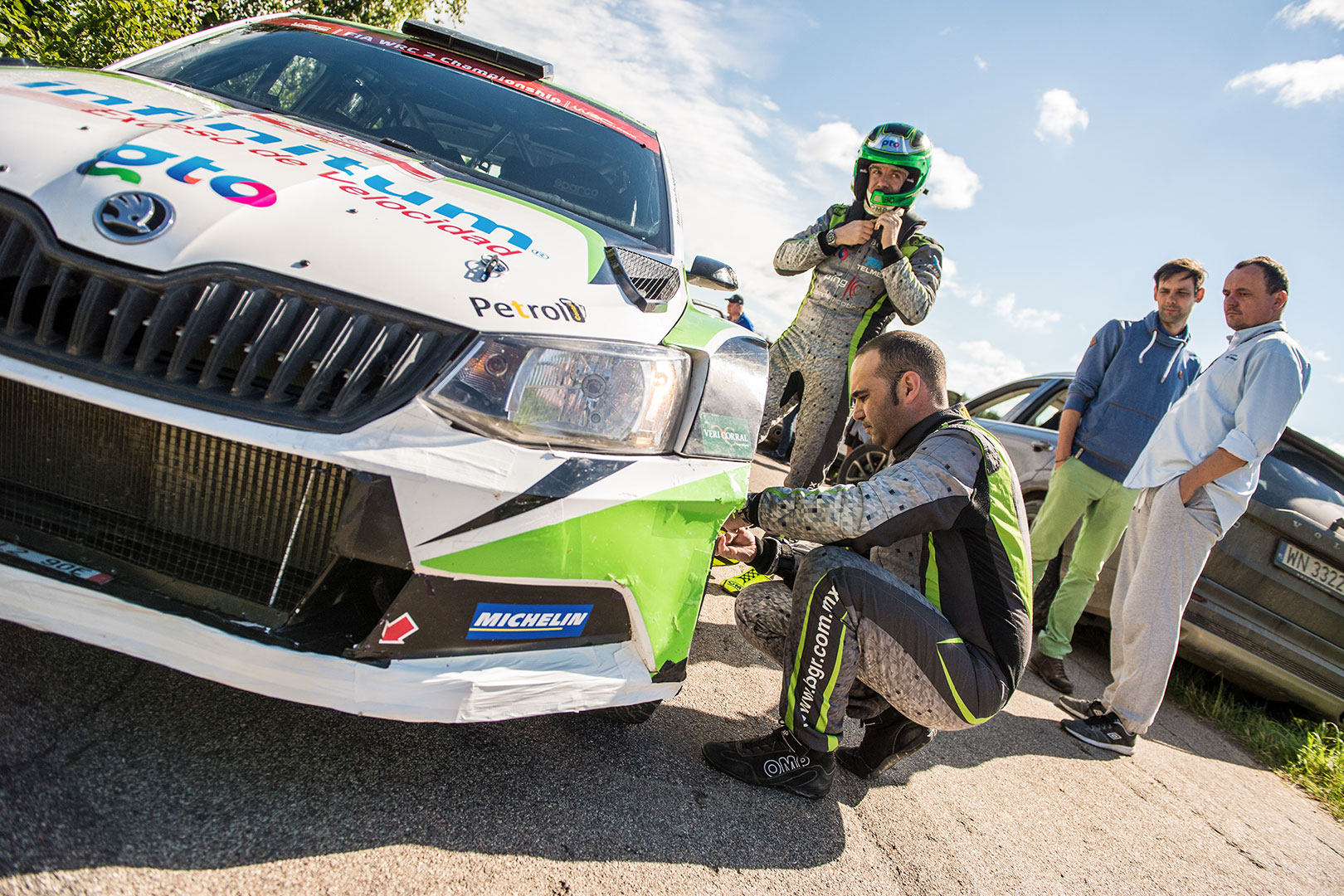 Benito Guerra Jr is a driver who was born into motorsport and was always destined to spend his life behind the wheel. The Mexican is also the sort of character who is not afraid to take on a challenge. Which is not only how he managed to become the first ever overseas driver to win the Spanish Gravel Rally Championship, but also how he used that win as a catalyst for even greater success.

Benito Jr was born into a family of motor racing nuts. His father, Benito Guerra, Sr., is a vintage rally driver and his sister, Mercedes, also drives rally cars and is the co-founder of an all-female rally team in Mexico.

He got his first taste behind the wheel at the tender age of nine and quickly decided to abandon a promising talent for baseball to pursue his love of motorsports. At just 12 years of age, he acted as co-driver for his father at the Classic Rally Morelos, where they steered a 1968 Mustang to second place in category.

He was soon driving a Datsun 510 in amateur events himself and by 2004, at the age of 19, he found himself competing in the Mexican Rally Championship. In a remarkable debut season, he won two events on the way a third-place finish in the A7 category.

The following season he finished 3rd overall in the Mexican Championship, and in 2006, aged 21, and in just his third season of competitive rallying, Benito Jr. was the Mexican Rally Champion. He achieved it in dominant style, winning all five rallies he drove in his Mitsubishi Lancer Evo VI TME.

A financial dispute with his team saw him decide to form his own team for the 2007 season, but despite this disruption, six wins in seven rallies saw him secure back-to-back domestic titles.

For some drivers, winning their national championship is the pinnacle of their careers. Others are happy to dominate their domestic championship without seeking to challenge themselves elsewhere. But Benito Jr wanted a new challenge. And to find it, he headed across the Atlantic to Spain.

His first foray into rallying in Spain was in the 2008 Spanish Gravel Championship. The competition there was much stronger than in the Mexican Championship and he was faced with different conditions and a new environment. In a strange country, it is understandable that Benito Jr took some time to adapt, but his entire focus was on improving his rallying knowledge and ability. He even worked as an assistant team mechanic during his first year in Spain.

But for all the challenges, there were still some early achievements of note. He finished 2nd in the Group N class in his opening season and in 2009 went one better, winning the Group N class as well as RMC Cup, which involved events on both gravel and tarmac.

His persistence in Spain finally paid in 2010 when in his third season, Benito Jr won the Spanish Gravel Rally Championship title outright. He did it in some style too. Driving a Mitsubishi Lancer Evo X for the RMC team, and with co-driver Daniel Cué by his side, he won the opening round of the season, at the Rallye de Huelva la Luz before 3rd and 4thplace finishes in the two rounds held at the Rallye de Pozoblanco.

He ended the season with an enormous 217 championship points, 81 points ahead of his closest challenger. The win made him the first ever driver from outside Spain to win a Spanish Gravel Championship title.

His impressive performances did not go unnoticed in the rallying world and it was that Spanish title which proved to be a launchpad for Benito Jr’s future successes on the international rallying scene.

2010 was to be his last full season in Spain. The next season saw him take on the PWRC Championship (the forerunner of the current WRC2 Championship). A podium and three more top-6 places that year proved a prelude to 2012 and what would be Benito Jr’s finest achievement to date.

Three victories in the PWRC standings, at the Rally Guanajuato Mexico, the Rally Argentina, and back in Spain at the RallyRACC Catalunya – Costa Daurada would see Benito Jr crowned PWRC World Champion for 2012.

Throughout his career, Benito Jr. has set out to achieve a goal and once he has done it, he has looked for the next challenge. He left Mexico with two national championships to his name and walked away from Spain after winning the title there too. Now, with a World Championship under his belt, he took a step back from rallying altogether and in the following four seasons, Benito Jr only drove selected rallies in Spain and on the WRC circuit.

It was not until 2017 and the opportunity to drive a ŠKODA FABIA R5 for the Motorsport Italia team that Benito Jr. made a full return to the sport. Three podium finishes in the WRC 2 championship proved that he has lost none of his edge or talent and he has continued to impress behind the wheel this season too.

Benito Guerra Jr. is clearly a driver of considerable natural talent. But if there has been a turning point in his career, it was that Spanish Gravel Championship victory in 2010. That success and the willingness to challenge himself in Europe was the point when Benito Jr. elevated himself from being a great Mexican rally driver to one of the world’s best.