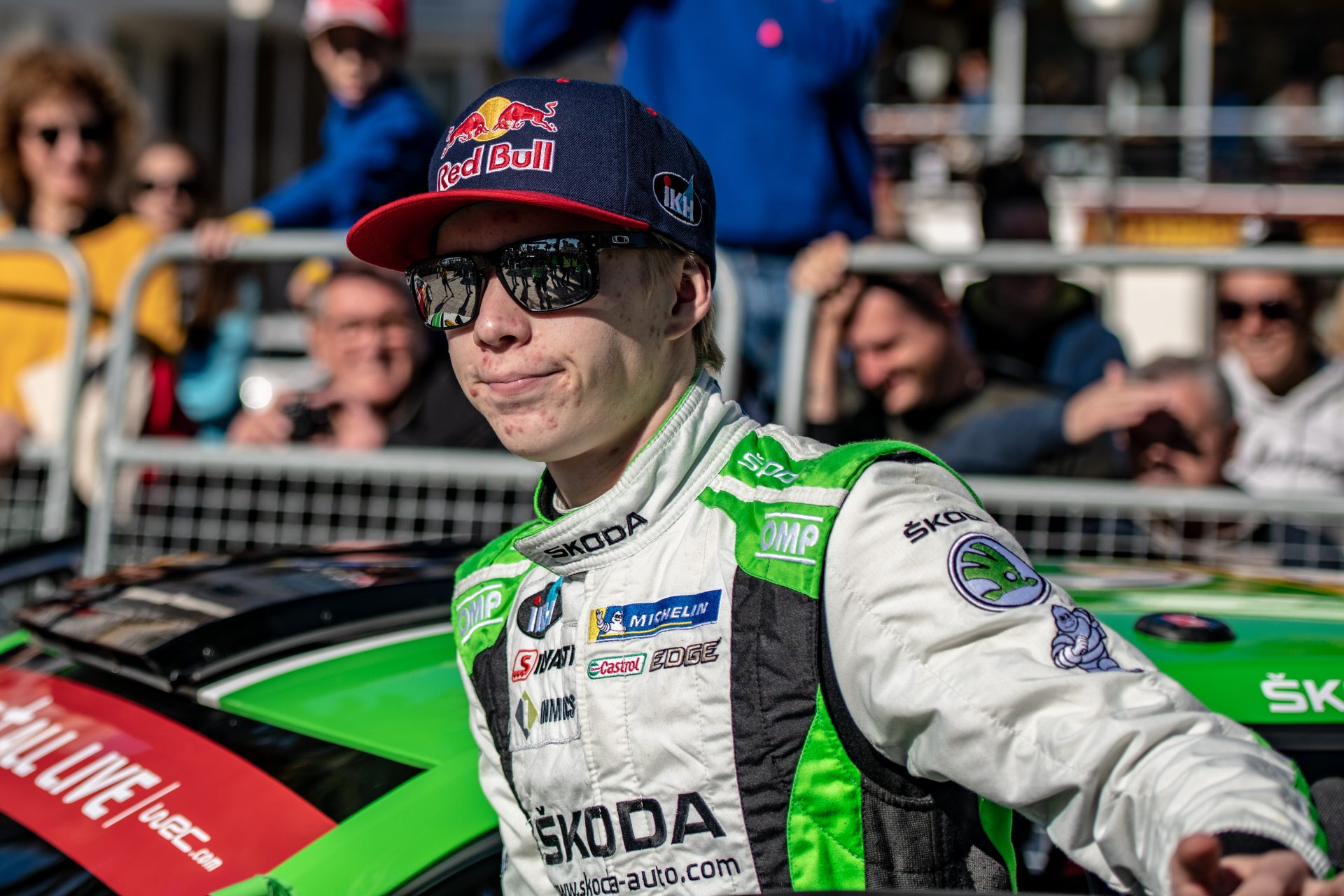 In Wales and Spain, it was simply my turn | Kalle talks about his season

It can’t be easy to be teammates with not just one, but two WRC 2 champions when you’ve only just turned 18. When Jan Kopecký started racing, Kalle Rovanperä was just one year old. He wasn’t even old enough to get a driving licence in most countries until last month. Make no mistake, though – he’s already making his mark on the rallying world.

Right after turning 18 in early October, as if he wanted to celebrate his adulthood, he won two WRC 2 rallies in the span of just one month. In each of them, he managed to beat one of his WRC 2 champion teammates* – Pontus Tidemand at Wales Rally GB and Jan Kopecký at RallyRACC Catalunya.

This not only meant that he achieved his first WRC 2 wins in his first full season. The points he scored were enough to move him to ahead of Gus Greensmith in his Ford Fiesta R5 and right behind Pontus Tidemand: into third place in the season’s overall standings and onto the podium*.

With such astonishing results in his first year, it’s a safe bet that we’re going to see Kalle do some really big things in the future. That’s a topic for another time, however. Now, let’s find out what he thinks about this year’s season…

It’s your first season and you’re already on the podium, how does it feel?

This is a fantastic feeling, I just can’t get over it.

How do you see your development throughout the season? It took you until your penultimate rally to win, but then you won twice in a row. Are you getting that much better?

I was leading in Argentina, before I had to retire after an accident. In Finland, I simply had back luck and dropped from a clear lead to fourth. In Germany, I had to respect Jan’s pace on tarmac, and avoid unnecessary risks, so I finished second after I had been leading for some time. I am gaining more and more experience from rally to rally – and in Wales and Spain, it was simply my turn.

You’re half the age of your teammate and this year’s WRC 2 Champion Jan Kopecký. How did it feel to beat him in Spain?

If you want to win in the WRC 2, you first have to beat your teammates who have the same car. To beat Jan on tarmac was a great feeling.

Who did you consider to be the toughest competitor to beat?

I would say Pontus and Jan are both the toughest competitors to beat. But it’s great to have them as teammates, the competition is fair and square and I can learn a lot from their experience.

With the season over, you now have some downtime. How will you spend the time before the 2019 season starts?

I’m really looking forward to going on holiday to Japan. Apart from that, I’ll recharge my batteries, do some sports and enjoy quality time with my family and friends.

And what are your goals for next year? Do you think you can do better than this year?

In 2018, every rally was totally new to me – except Wales Rally GB. Next year, I can build upon the experience I gained. My target is simple: to win most of the WRC 2 events I’m competing in.

Is there anyone special you would like to thank after the 2018 season?

The whole team did a fantastic job and my co-driver Jonne is an essential part of my success.

What current ŠKODA car is your favourite? Do you use one as your personal car?

Going for sports and biking, I like the Karoq and the Kodiaq very much. They’re very practical and nice to drive.

How will your celebration of the 3rd place in the WRC 2 standings look like?

Nothing special; it will be different when we can talk about the title!

Those guys have got a lot of experience. They are the fastest drivers in the WRC 2 competition. In order to win, you have to beat your teammates first. I really enjoy fair competition and I can learn a lot from them.

Your co-driver Jonne is much older than you – what kind of relationship do you have with him? Does the age matter in this case?

Much older makes it sound as if he’s an old man, which he definitely is not! For example, our music taste is quite similar. On one hand, we have a lot of fun in the car before and during the rallies. On the other, he is very focussed, much like me. It’s a pleasure to work with him.

What does your father, who competed against your teammate Jan Kopecký, say about your results this season?

I think he’s a quite proud of my performance, but we’re both looking forward more to next season!