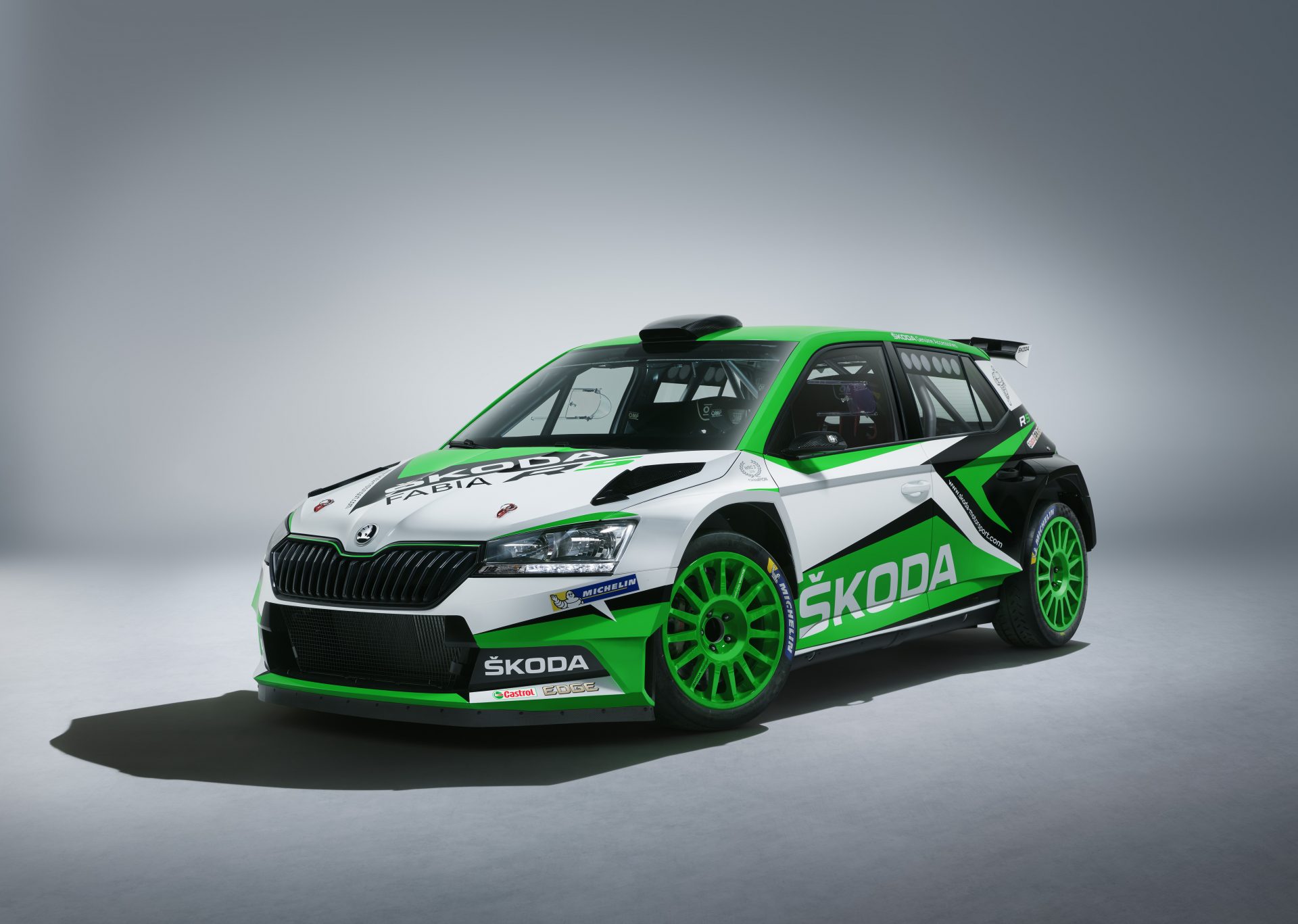 A New Face for the Winner: ŠKODA Motorsport Presents a Design Study with Elements of 2019 FABIA

With four years of an extraordinary rallying career under its belt, and a fresh version of the road-going ŠKODA FABIA hitting the streets, it’s time for the most successful car in ŠKODA Motorsport history to explore a new look. To celebrate the best season in its history, the team presents a design study of a future rally challenger that incorporates key elements of the new road-going FABIA.

The new look incorporates a more dynamic design of the front end, inspired by the road-going version, as well as fresh new looks for both headlights and taillights, which are now equipped with LED technology to underscore the cutting edge looks of the car. The ŠKODA Motorsport colour scheme has also evolved to keep pace with these changes. The study foreshadows the look of future generations of the FABIA R5, which is planned to be homologated in the second half of 2019 and made available to customers later.

To celebrate the current version of FABIA R5 and its outstanding career, ŠKODA Motorsport decided to dress it up in the colour it so often collected in this season – gold. The golden livery is based on the 2018 season’s colour scheme, with celebratory number 1 markings, stylized laurels and lettering over the windscreen which reads “WRC2 CHAMPION 2018”. The car will feature in a series of photoshoots and videos, and is going to be exhibited in Mladá Boleslav.

In the four years since its debut in 2015, the ŠKODA FABIA R5 has proved itself to be the most successful car in the history of ŠKODA Motorsport. Its achievements are stunning. It enabled the team to win the FIA WRC 2 Championship for Teams in four consecutive years. It carried three ŠKODA factory drivers to their WRC 2 titles – Esapekka Lappi in 2016, Pontus Tidemand in 2017 and, most recently, Jan Kopecký in 2018. Jan was joined on the podium by Pontus Tidemand and Kalle Rovanperä in a fantastic 1-2-3 finish.

In 2019, two crews will represent ŠKODA Motorsport on the tracks of WRC 2. Jan Kopecký and Pavel Dresler will return to try and repeat the successful season, while Kalle Rovanperä with co-driver Jonne Halttunen is going to make his second year in WRC 2 even more remarkable than the first. Besides that, Jan Kopecký will once again fight for the title in the Czech Rally Championship.

Outside of the factory team, the results were equally impressive. Of the 92 customer teams that chose the FABIA R5, and took delivery of almost 250 cars over the last four years, many have achieved great victories. Altogether, they have won 625 rallies in 60 countries all around the world.

In the 2018 season, the most successful year ever for both ŠKODA Motorsport factory team and the brand’s rally cars, the ŠKODA FABIA R5 collected laurels all over the world. In Europe, three FABIA R5 drivers – Nikolay Gryazin, Chris Ingram and Fabian Kreim – took the three top spots in the ERC Junior U28 series for drivers under 28 years. In South America, Gustavo Saba drove his FABIA R5 to the victory in FIA South American Rally Championship (CODASUR), while Manvir Singh Baryan triumphed in the FIA African Rally Championship. On the other side of the world, Yuya Sumiyama claimed a clean victory in Asia-Pacific Rally Championship.

That’s just continental titles. Next, there are the national championships. As of now, the FABIA R5 has earned titles in 17 countries. As in the three previous years, Jan Kopecký and Pavel Dresler took the title in the Czech Rally Championship, accompanied by a host of other national champions driving a ŠKODA FABIA R5:

Overview Titles and Championships won by ŠKODA teams in 2018: