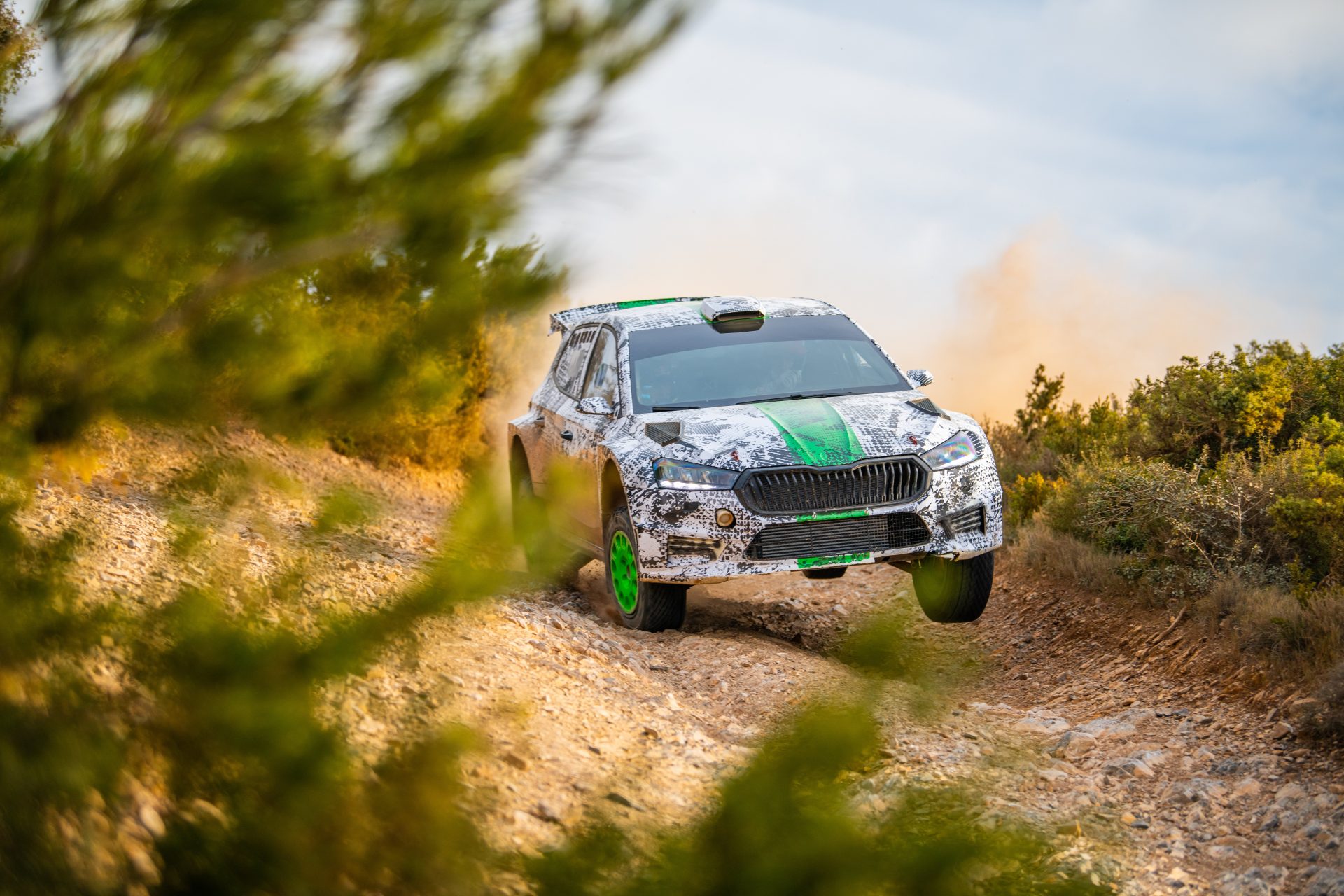 Mladá Boleslav, 9 June 2022 – The new ŠKODA FABIA Rally2 has entered its final phase of development. To guarantee reliability and strength of the brand’s future rally car, the ŠKODA Motorsport test team brought the car to its limits on the extremely rough gravel roads of Fontjoncouse in the South of France.

The new generation ŠKODA FABIA Rally2 is getting closer to its homologation date. According to the regulations, from that day on the basic technical characteristics of the car are frozen. Further development will only be possible in certain areas. As a last step, ŠKODA Motorsport concentrated on the reliability of the future Rally2 category car. “Durability is one of the key factors for the success of the current ŠKODA FABIA Rally2. Especially this element is very much appreciated by our customer teams,” states Michal Hrabánek, Head of ŠKODA Motorsport.

The newly developed ŠKODA FABIA Rally2 got its finishing touch exactly, where already past rally cars from Mladá Boleslav proved their strength: on the legendary gravel tracks of Fontjoncouse in southern France. Some of the roads on this vast area are so rough, that teams even come here to prepare for the Dakar Rally. “We have used this track since the days of the ŠKODA FABIA WRC,” reveals Hrabánek.

Aleš Rada, Head of Racing Car Development at ŠKODA Motorsport, explains, why reliability and strength are important for a rally car: “It’s a golden rule: To finish first, you first have to finish. A reliable rally car gives drivers the confidence to push to the limit. Reliability also is an important factor for customer teams. If you can run components of the car over a longer period, it saves money on spare parts. Also, if a team’s cars finish almost each rally, it raises the reputation of the team. The reliability of the cars is part of our DNA. With each new model, we put a lot of energy in securing a high level of reliability.” During the development of the new generation ŠKODA FABIA Rally2, valuable input came from the customer teams.

One of the drivers, who took his share of the more than 600 test kilometres at Fontjoncouse, is Andreas Mikkelsen. ”The ŠKODA FABIA Rally2 is known to be reliable. That counts also for the new generation model. We had no issues at all,” the reigning WRC2 Drivers’ Champion and FIA European Rally Champion says. “The tracks of Fontjoncouse are very, very rough. You have some big compressions, jumps, lots of stones on the road – it’s the best environment to test the reliability of a rally car. If a car survives Fontjoncouse, it can stand every proper rally.”

On the ŠKODA Storyboard, Aleš Rada and Andreas Mikkelsen talk about the test days at Fontjoncouse and their expectations from the new generation ŠKODA FABIA Rally2.