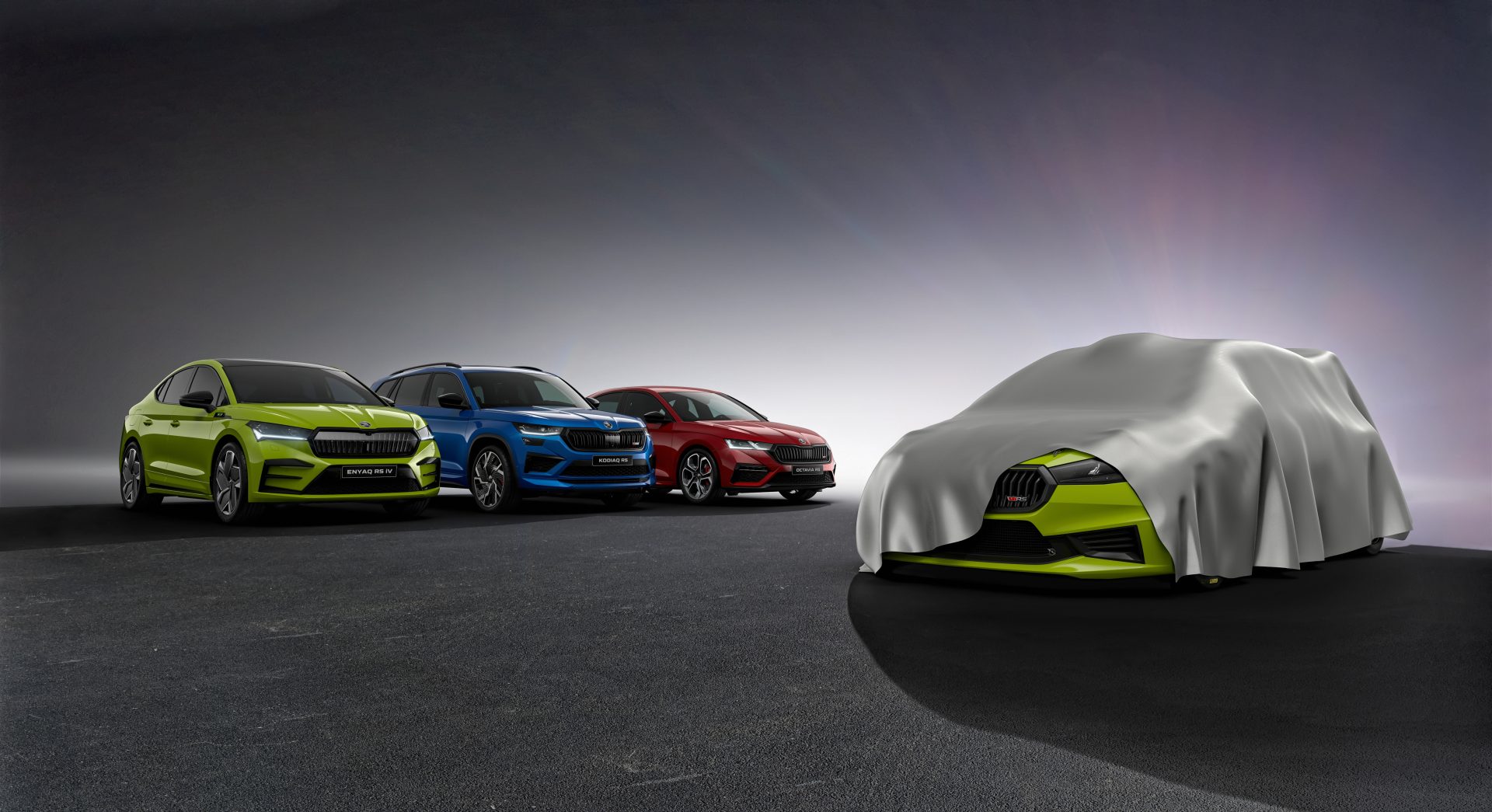 Mladá Boleslav, 13 June 2022 – ŠKODA Motorsport is assigning the legendary RS letter combination to its latest rally vehicle based on the fourth-generation FABIA. In this way, the ŠKODA FABIA RS Rally2 evokes successful predecessors such as the ŠKODA 130 RS while establishing a link to the sporty production vehicles that make up the Czech manufacturer’s RS family. The successor to the most successful rally vehicle in its category will be unveiled in Mladá Boleslav on 14 June at 19:00.

The ŠKODA FABIA Rally2 evo is the most successful rally car in its category. It has notched up almost 1,700 victories, including four triumphs at the legendary Rallye Monte Carlo, and earned a total of six world championship titles. ŠKODA Motorsport has delivered more than 450 units to its customer teams, giving it a global market share of one third in the Rally2 category. The successor, based on the fourth-generation FABIA and set to continue this unique success story, will be presented by ŠKODA in Mladá Boleslav on 14 June at 19:00.

The ŠKODA FABIA RS Rally2 is the first rally variant of the FABIA to feature the legendary RS designation in its name. These two letters have been synonymous with success on rally tracks and racing circuits around the world for 48 years. It was 1974 when ŠKODA introduced the designation RS, which stands for “Rally Sport”, and used it for its rally prototypes, the ŠKODA 180 RS and 200 RS. The following year marked the debut of the legendary ŠKODA 130 RS, which garnered numerous successes on international rally tracks and circuits until 1983. In 1977 the ŠKODA 130 RS achieved a one-two finish in its class at the legendary “Monte” and also made the top of the podium at the Acropolis Rally. On the race track, this was followed by an overall win at the 1981 European Touring Car Championship.

In addition, the new rally car’s name establishes a link to the ŠKODA RS family, which currently comprises the OCTAVIA RS, the KODIAQ RS and the ENYAQ COUPÉ RS iV. For over two decades now ŠKODA has been using the RS designation to identify its sportiest production models, starting in 2000 with the first OCTAVIA RS. Follow‑ups included two RS variants of the ŠKODA FABIA. In 2003, the first FABIA RS, based on the small car’s first generation, doubled as the homologation model for the FABIA WRC rally car presented at the same time. 2010 saw the arrival of another RS variant; based on the second-generation FABIA, it was also offered in COMBI estate format.

The world premiere in Mladá Boleslav will start on June 14 at 19:00 CET and will be broadcast live across the globe via the ŠKODA Motorsport website.