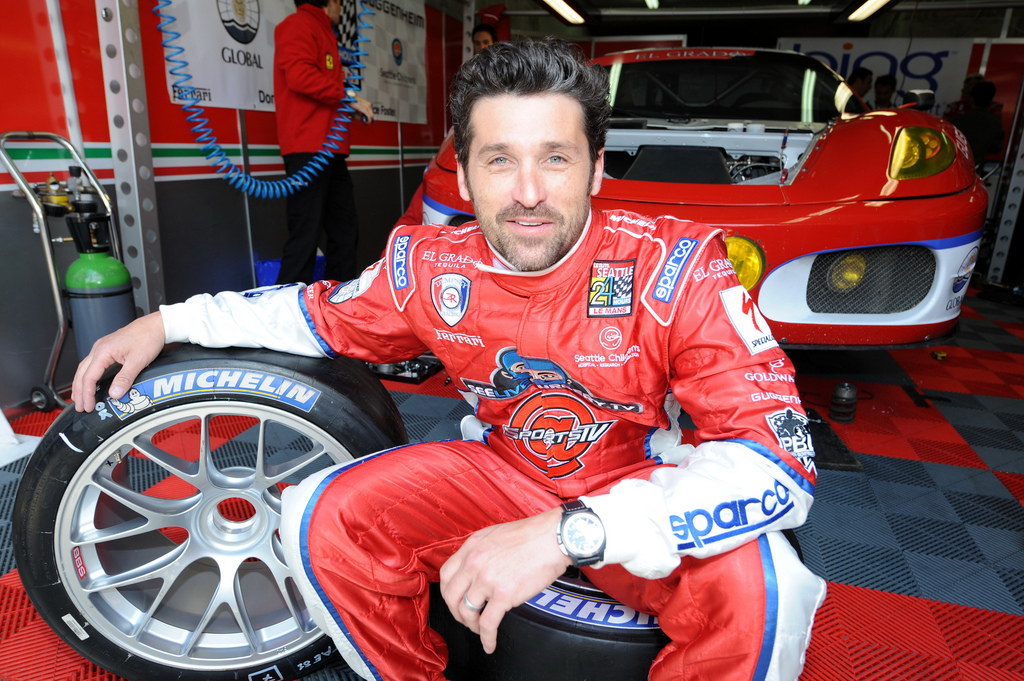 You may know him as “Dr. McDreamy“ from the TV series Grey’s Anatomy, but his real passion is motor racing. How does a Hollywood actor end up in 24h LeMans?

The year was 1987 and a young actor called Patrick Dempsey, 21 years old at the time, finished his first big movie – the romantic comedy Can’t Buy Me Love. He had a fat paycheck in his pocket, and a passion for speed in his mind.

In Santa Monica, where he moved from his native state of Maine, he noticed an old sports car for sale – a 1963 Porsche 356 Convertible. He did the foolish thing and spent all his money on the car. Little did he know that he had just made probably the best investment of his life.

More than 30 years later, Dempsey still has his first Porsche. But it’s not just an old sportscar anymore. It’s a valuable, prized classic. And he’s now more than a struggling young actor with a fondness for cars. He became a top-level endurance racer. And of course, he races Porsches.

The passion for speed has been there for a long time. As a boy living in Maine, Patrick loved watching cars driving by on the interstate highway and was fascinated by the exotic, European ones. Later, he saw a poster of a Porsche 911 Turbo in a friend’s house and became hooked.

Dempsey was already into speed and competition – not in the form of motor racing, but skiing. Before he got into acting, his big goal was to qualify for the Olympics as a downhill skier. And he had a chance. If things had gone differently, we would know him today as a famous skier.

However, Patrick ended up in Hollywood and the rest is history. After several movie roles, his big breakthrough came with the medical show Grey’s Anatomy and the role of Dr. Derek Shepherd, nicknamed “McDreamy” for Dempsey’s handsome looks.

Then his passion for speed returned. In 2004, Dempsey found himself behind the wheel of a real race car for the first time, driving in the Panoz Racing Series. Gradually, he found himself more and more immersed in racing. Eventually, he found success and has even said that racing is as important as acting for him.

Initially, he drove a wide array of different cars. From a Mazda RX-8 in the Rolex Sports Car Series, to a race-prepped Ferrari 430 GT2 in Le Mans and an Aston Martin Vantage. In the end though, Porsche lured him back.

His own team, Dempsey Proton Racing, started out with two LMP class prototypes in American LeMans series, but later moved to his beloved brand, fielding a 911 GT3 RSR (997 generation). With this car, he achieved his biggest racing success, finishing second in class at 24h LeMans.

Finally, however, Dempsey decided that he needed more time for acting and his family, which is why he retired from racing in 2016, after a successful career spanning over a decade and stayed on only as a team owner. As someone who got into racing at 38 years old and quit at 50, he can be proud of his achievements.