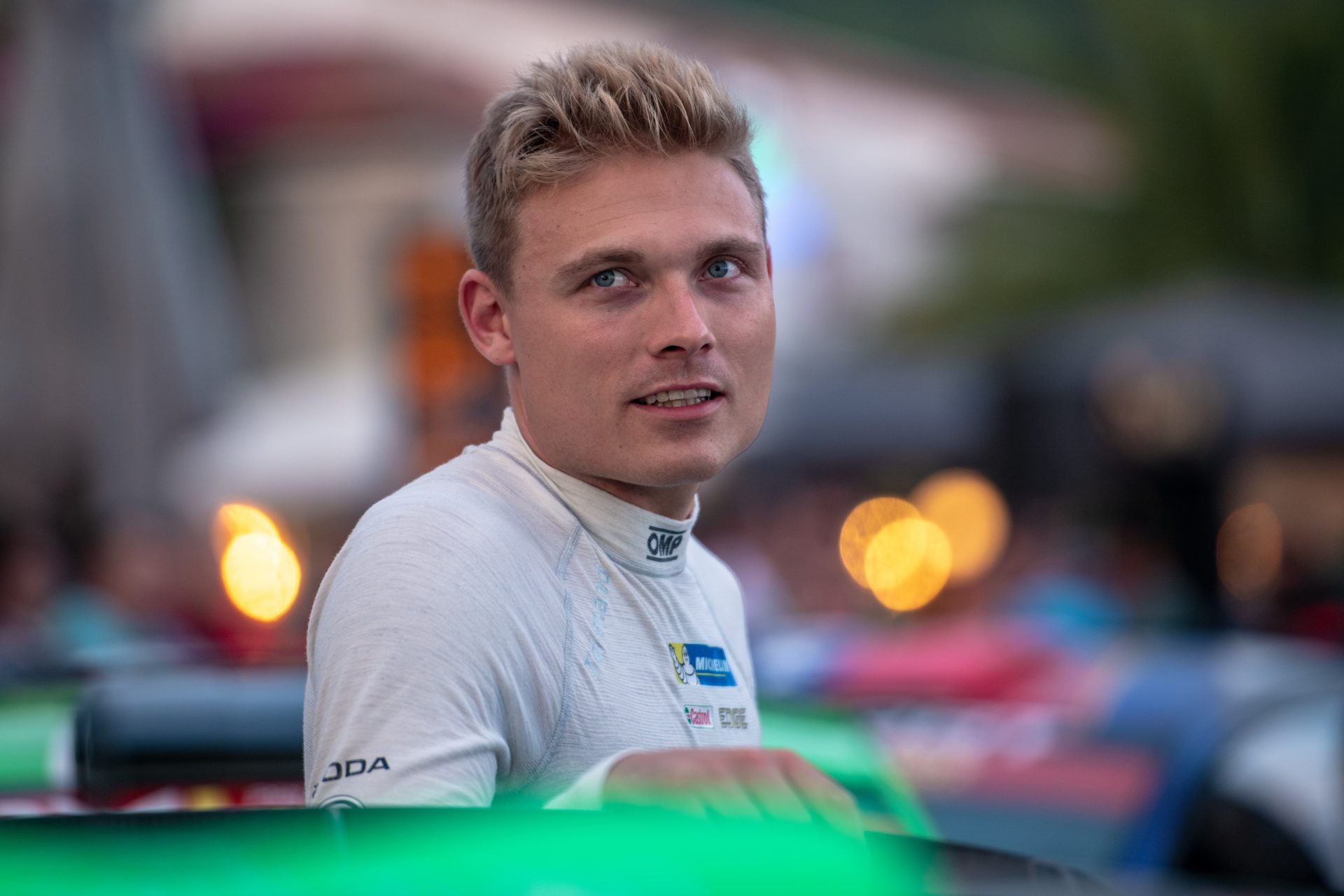 Pontus Tidemand is Leaving ŠKODA Motorsport. Here Are His Thoughts on Final Season

After four successful seasons, crowned by the 2017 FIA WRC 2 title and a second place finish in the 2018 FIA WRC 2, the time has come for Pontus Tidemand and ŠKODA Motorsport to part ways. The team will always have fond memories of the young Swede’s great performances  behind the wheel of his ŠKODA FABIA R5, together with his co-driver Jonas Andersson. To mark the end of a remarkably fruitful cooperation and to say goodbye to one of our most successful drivers, we asked Pontus a series of questions about his last season with ŠKODA. Here’s what he thinks about his performance in 2018, about his teammates and about ŠKODA.

I would say I’m especially proud of my performance at Rally Portugal.  After two punctures during the Friday leg of the rally, we started a race to catch up. On Saturday we fought our way up from fifth position into the lead of the WRC 2 category.

And which rally was the biggest challenge for you, and why?

Again, I’d nominate Portugal. The first loop was a real challenge with lots of hidden stones and rocks underneath a soft surface. Whether you got a puncture or not was kind of a lottery!

Who did you consider to be the toughest competitors to beat?

Clearly my teammates Jan and Kalle. They’ve got the same fantastic car, our ŠKODA FABIA R5, and they’re really quick on all kind of surfaces.

With the season over, you now have some downtime. How will you spend the time before the 2019 season starts?

I‘ll keep myself in good shape, doing some sports but spending some time with family and friends as well.

And what are your goals for next year?

It would be nice to have a good program in a competitive car again.

Is there anyone special you would like to thank after the 2018 season?

I would like to thank the whole team; they did a great job providing me with such a fantastic car. The team spirit at ŠKODA Motorsport is really great –  everybody works with such passion. And definitely my co-driver Jonas, he did a faultless job again. It’s a pleasure to compete alongside him.

In Portugal, you had to go from the bottom of the standings back to top – how hard it was and how did it feel to win against all odds?

It’s all about never giving up. I always knew during the event that we had the speed and the best car to get back on top, and that made me confident right to the finish.

Which current ŠKODA car is your favourite? Do you use one as your personal car?

I like both SUV’s Kodiaq and Karoq, they’re really great cars – nice to drive and very versatile.

How will your celebration of the 2nd place in the WRC 2 standings look like?

As I said, I’ll use my free time to meet some friends again and to have a good time.

What do you think about the talent of your young teammate Kalle Rovanperä?

He’s exceptionally talented and bloody fast, whether on tarmac, snow and ice or on gravel. He’s the man to watch in the future.