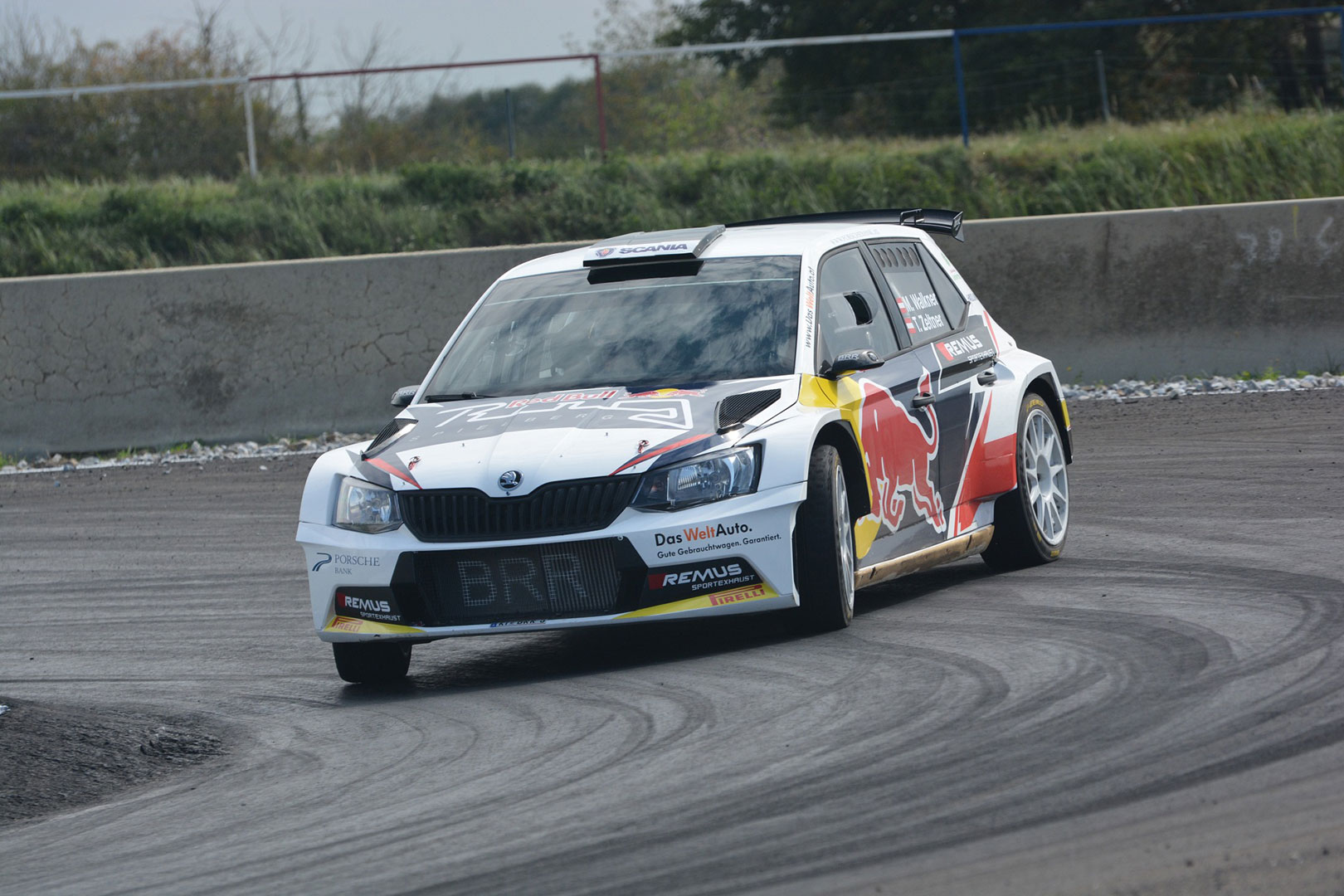 Winning a national championship is a once in a lifetime achievement –  only a handful of competitors will achieve it in any given sport. So, to win fourteen of them means there must be something truly special about you.

That’s certainly true in the case of 14-time Austrian Rally Champion, Raimund Baumschlager. Success behind the wheel wasn’t enough for him, so he also set up the Baumschlager Rallye & Racing GmbH (BRR), one of the most successful private teams in European rallying.

Baumschlager is something of a veteran in rallying terms. He was born in 1959 and secured his motorsport driver’s license at the age of 19. After competing in various slalom events in Austria, he entered his first rally, the Pyhrn – Eisenwurzen Rally in Austria, in 1982.

His career in those first few years should be a comfort and an inspiration to drivers who feel they’re making a slow start. Competing in various events, on shoestring budgets, Baumschlager frequently had to retire. He didn’t notch up his first event victory until 1986, when he steered an Opel Manta 400 to victory in the Österreich Ring Sprint, and that was the only event he finished that season.

It wasn’t until 1988 that Baumschlager started to get consistently good results. This coincided with the beginning of his working relationship with Volkswagen. He finished 5thin the Austrian Rally Championship that season, despite only driving two rallies. The following year, two victories from three events saw him finish second.

With his focus split between Austrian and various World Rally Championship events, as well as one season driving in Germany, it wasn’t until 1993 that he would taste his first Austrian Championship title.

For almost a decade, it looked like Baumschlager would have to settle for that one title. He continued to compete in various rallies, but as a Volkswagen works driver his focus was also on other events.

He competed in numerous 24-hour races, securing class wins in at the Nürburgring, as well a 24-hour world record in Spain, where he drove at an average speed of 323kph in a VW W12. In 1999, he competed in the ADAC VW New Beetle Cup.

The 2000 season was to be his last with Volkswagen. After spending one season in a Ford Focus RS WRC 01, and another pretty much absent from the sport, Baumschlager returned to rallying in 2003.

It was some return. Driving a Mitsubishi Carisma GT Evo V, he stormed to a second Austrian Rally Championship title, winning seven of the nine rounds en route to the title.

The same year saw the establishment of his own rallying team, the Baumschlager Rallye und Racing team (BRR). Over the next years they enjoyed great success. They’ve also played a big role in the development of a number of different rally cars and brought on countless young drivers.

They have still had no driver more successful than the team principal himself. 2003 was the start of an unprecedented dominance in his native championship for Raimund Baumschlager. He won eight consecutive drivers titles, with loyal co-driver Thomas Zeltner alongside for most of them.

The first six of these were in Mitsubishis, but in 2008 Baumschlager switched to a ŠKODA for the first time. He won four rounds of the Austrian championship in a FABIA S2000, on his way to yet another title.

A perfect season in 2010 saw him secure seven wins from seven rallies in his FABIA S2000 as he bagged the title yet again. His winning streak was finally broken in 2011, when Harrach Beppo pipped him to the post by just ten points.

Normal service was quickly resumed, and four more titles between 2012 and 2016 confirmed Baumschlager’s status as the finest rally driver in Austrian history. It also cemented the close working relationship between the BRR team and ŠKODA Motorsport, which endures to this day.

It wasn’t until 2015 that Baumschlager finally left his FABIA S2000 behind, switching instead to the new FABIA R5.

He was rewarded with another title, but the following season, a change to the rules saw WRC cars admitted to the Austrian championship for the first time. Despite facing rivals in more powerful cars, Baumschlager drove a phenomenal season, winning two rallies and never finishing away from the podium. He ended the campaign just 26 points behind Hermann Neubauer, who was driving a Ford Fiesta WRC, in the final standings.

Keen to keep winning, Baumschlager succumbed to pressure and drove a Volkswagen Polo R WRC for most of the 2017 season. He won yet another title, but this year, alongside talented young co-driver Pirmin Winklehofer, he is back in a FABIA R5 –  and he still has the appetite to add to those fourteen Austrian titles.

In addition to his own driving, Baumschlager’s focus is very much on the BRR team. It is one of the most highly-respected private teams in Europe. In this current season, the regard in which the team is held is clearer than ever.

That drivers of this caliber want to drive a BRR-supported FABIA R5 and learn from the hugely experienced and massively successful team principal Raimund Baumschlager is perhaps the biggest testament of all to the man, his knowledge, and his innate rally-driving abilities.