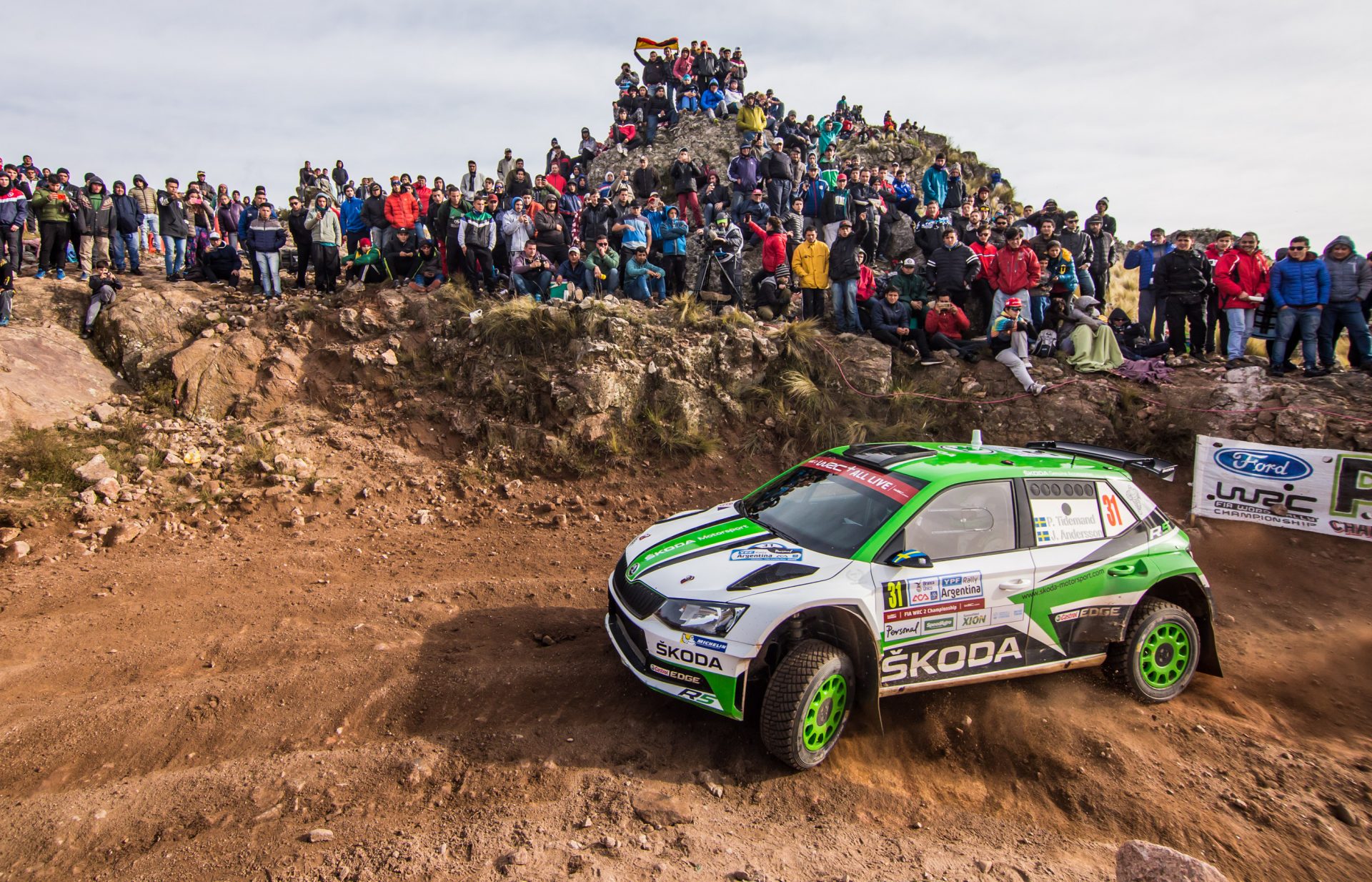 After a great performance in Argentina, Pontus Tidemand and co-driver Jonas Andersson have taken the top spot in the overall standings. Kalle Rovanperä with Jonne Halttunen were in the lead for a large part of the rally, but were forced to retire after they went off the road. With four wins out of the season’s five rallies, ŠKODA crews now dominate the WRC2.

In the first two legs of the rally, Pontus Tidemand and Kalle Rovanperä battled it out for first place, continuing the fight until Day Three. In the iconic “El Condor” special stage, Pontus did a great job, posting a time which was 13.3 seconds quicker than Kalle. This reduced the gap to just 9.9 seconds and set the scene for an impressive duel in the final two stages.

Unfortunately, the Finnish youngster and his co-driver went off the road in the penultimate stage. Thanks to the safety package of their ŠKODA FABIA R5, they escaped without injury, but they still had to retire from the rally.

Back in the lead of WRC2, Pontus Tidemand drove cautiously in the last stage and won his class by an impressive margin. This also moved the Swedish crew to the top of WRC2 championship. “Sorry for Kalle. We had a tense fight and I always followed our Team instructions. I had confidence in my speed and obviously did not want to win this way,” Tidemand said.

O.C. Veiby, who did not run for points in the WRC2 and came to Argentina with a customer FABIA R5, suffered two punctures on Saturday, but managed to regain third position in the RC2 after the opening stage on Sunday. In the end, he finished in second place.

ŠKODA Motorsport boss Michal Hrabánek commented: “Accidents are a part of the game. Luckily, the safety standards of modern rally cars like our ŠKODA FABIA R5 are extremely high, so Kalle and Jonne escaped from that accident without being injured. Nevertheless, I want to thank both crews for the tremendous performance they delivered; the whole ŠKODA Motorsport Team did an excellent job.”