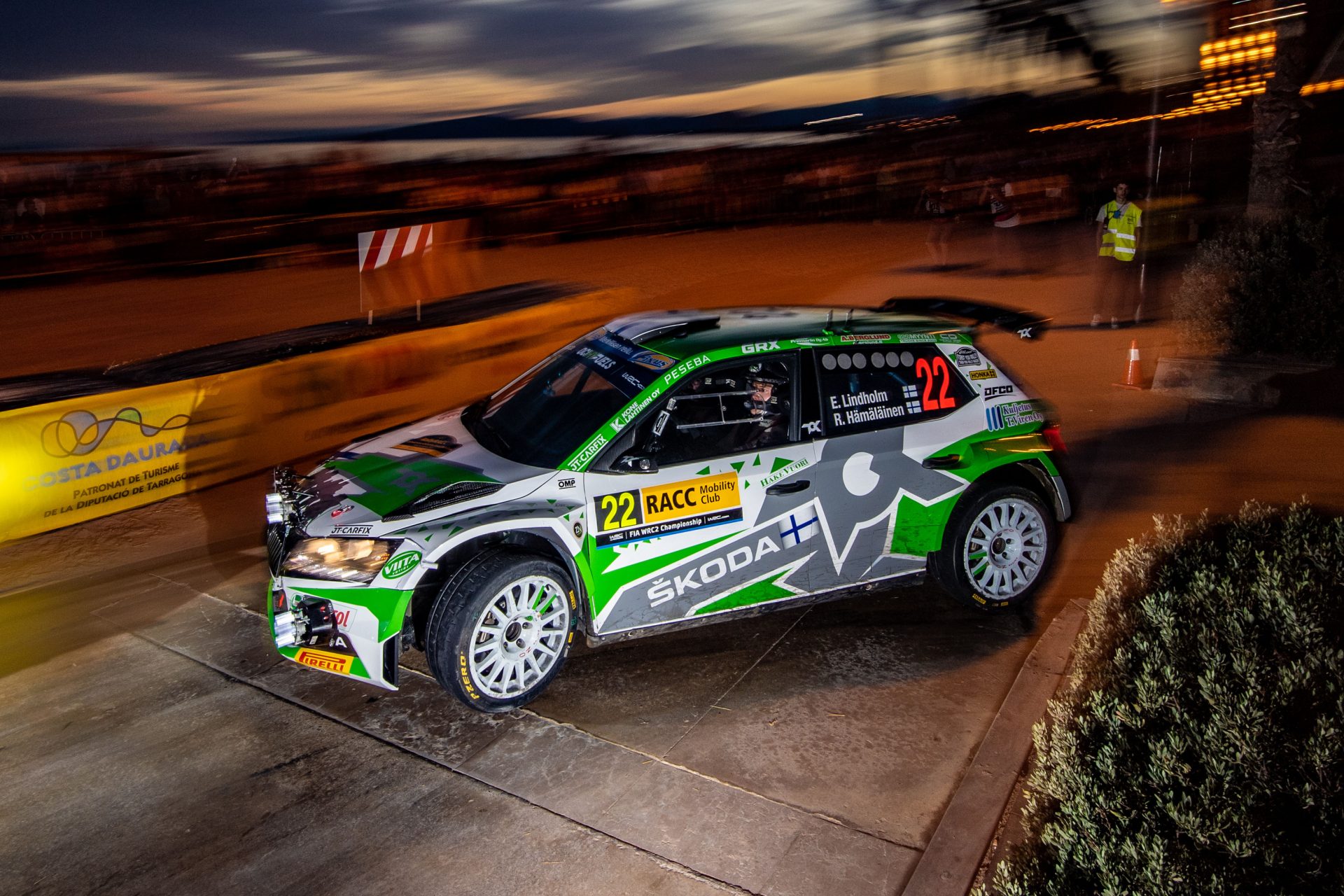 › Going into the final round of the FIA World Rally Championship, the fight for the WRC2 championship is an affair of three ŠKODA FABIA Rally2 evo drivers
› With current WRC2 overall leader Andreas Mikkelsen not competing, the title is still in reach for both Kajetan Kajetanowicz and Emil Lindholm
› Toksport WRT fields four ŠKODA crews in quest for WRC2 Teams’ championship

Mladá Boleslav, 8. November 2022 – The fight for the WRC2 Drivers’ championship goes down to the wire at Rally Japan (10-13 November), the final round of the 2022 FIA World Rally Championship. Fact is, the champion will be one of three drivers of ŠKODA FABIA Rally2 evo. The good news for defending title holder Andreas Mikkelsen: Right now, the Norwegian holds the overall lead ahead of Kajetan Kajetanowicz from Poland and Emil Lindholm from Finland, who are equal on points. The bad news: By regulations, Mikkelsen cannot compete in Japan.

The WRC2’s season finale at Rally Japan sounds like orchestrated by legendary thriller specialist Alfred Hitchcock. In the fight for the overall title, three drivers of ŠKODA FABIA Rally2 evo are separated by five points only. But that’s just the bottom line.

One of these three, defending WRC2 champion Andreas Mikkelsen from Norway, is in an unpleasant position. He currently leads the overall standings, but he will have to watch the season finale from the sidelines. The Norwegian and co-driver Torstein Eriksen have already competed the maximum of seven rallies allowed by the regulations and will be absent from Rally Japan. Therefore, Mikkelsen’s total score of 109 points is final.

On the other hand, team ORLEN’s Kajetan Kajetanowicz from Poland and Finn Emil Lindholm of ŠKODA Motorsport supported team Toksport WRT both have one rally left. Coming to Japan, they both stand at 104 points. This is not the complete picture: According to the rules, only the six best results are taken into account for each driver’s final score. Deducting their respective drop score, already crowned 2022 WRC2 Junior champion Lindholm is left with 101 points. Kajetanowicz is down to 96 points. In other words: To become WRC2 champion, Lindholm needs at least nine points while Kajetanowicz has the more challenging task of collecting 14 points or more.

And there’s one more thing: If Lindholm and Kajetanowicz both overtake Mikkelsen and they are still equal on points after Rally Japan, there are two possibilities. If Kajetanowicz wins, he equals Lindholm’s two season victories. In this case the WRC2 Drivers’ title goes to Poland, because Kajetanowicz and co-driver Maciej Szczepaniak have scored three second places during the year. Lindholm’s and co-driver Reeta Hämäläinen’s next best result is a third place. Yet, if both are equal on points after Rally Japan and Kajetanowicz has not achieved the class win, Lindholm will celebrate – because he then still leads Kajetanowicz by 2:1 victories.

However, the situation is much easier in the WRC2 Masters classification, which is reserved for drivers who are at least 50 years old. Come the finale, German ŠKODA driver Armin Kremer leads overall. But for the same reasons as Mikkelsen, the former European rally champion will not travel to Japan. So, the chances lie with his only rival, Italian Mauro Miele (ŠKODA FABIA Rally2 evo). Trailing Kremer by 21 points, Miele needs to win the WRC2 Masters at Rally Japan to grab the title.

In Japan, no fewer than seven ŠKODA FABIA Rally2 act as ambassadors for the brand in the 17 competitors strong WRC2 field. One of them is fielded by former Formula 1 driver Heikki Kovalainen. The Finn has been active in rallying in Japan for years and together with co-driver Sae Kitagawa recently won the national championship.

...Rally Japan was part of the FIA World Rally Championship (WRC) the last time in 2010 and back then was held in the north of the country on gravel stages?

...the Rally Japan service park is located in Aichi/Gifu, not far from the metropolis of Nagoya and around 400 kilometres west of Tokyo?