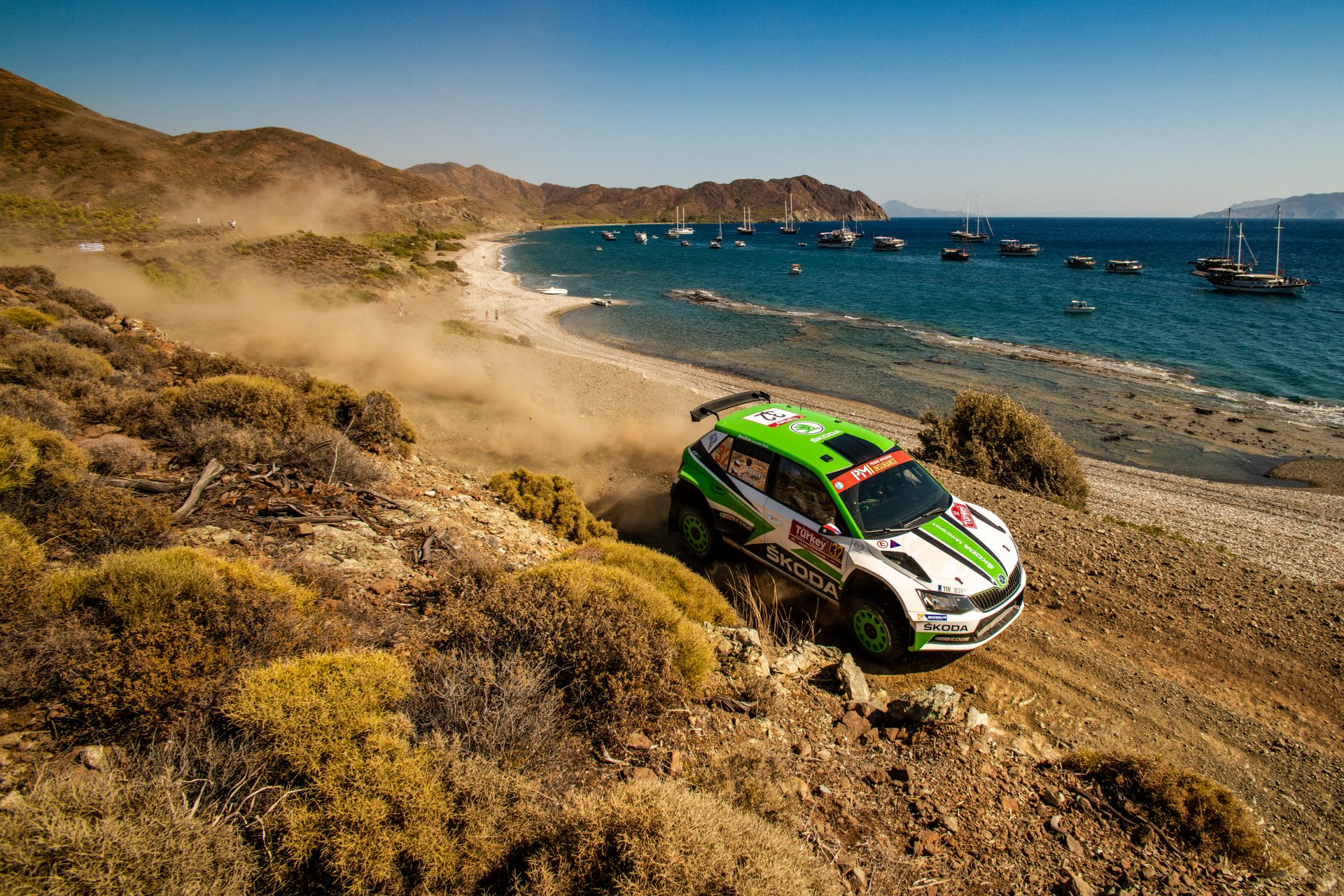 Rally Turkey 2018: Kopecký on a Tough Way to the Title

Before the 2018 Rally Turkey started, the teams could only guess what they’re getting into. A newcomer in the WRC calendar, the rally was a big unknown for almost everyone. Will it be tough? Will it break things? As we found out, it wasn’t only tough – it was one of the toughest rallies in years. And it certainly did break a lot of things, on a lot of cars.

It is a testament to ŠKODA Motorsport that on a rally where 14 cars had to definitively retire, only one of them was a ŠKODA FABIA R5. Pontus Tidemand had a bad luck of not only suffering two punctures, but also breaking the suspension – and after inspection revealed irreparable structural damage, he had to withdraw from the competition.

All the other FABIA R5s, though, managed to get through to the finish. Among them was the other ŠKODA Motorsport works car, number 32 with the crew of Jan Kopecký and his co-driver Pavel Dresler. Their victory, fifth out of five starts in WRC 2 rallies this year, secured the title in the FIA WRC 2 team championship for ŠKODA Motorsport and brought about mathematical certainty that either Jan Kopecký or Pontus Tidemand will become the WRC 2 champion at the end of the year (the results are subject to official publication by the FIA).

Besides being well on the way to the WRC 2 title, Jan Kopecký and Pavel Dresler also managed to win six of this year’s six Czech Rally Championship events – which means that of the 11 rallies they entered in this season, they won every single one. Add to that Pontus Tidemand in the second place of the WRC 2 overall standings and many stellar results of FABIA R5 drivers around the world – including, but not limited to, Finnish Rally Championship, CODASUR in South America, Belgian, Bulgarian and African Rally Championships – and it’s easy to see that there must be something about the car.

The following video is a tribute to everyone involved in designing, engineering and building the ŠKODA FABIA R5. Most of the time, the attention is focused to the drivers, but without the engineers, the technicians, mechanics, assembly workers and everyone else involved in its creation, the FABIA R5 would never be what it is now – the most successful WRC 2 car in the world.

FABIA R5 is coming back to the rally stages early next month in Wales, driven by Kalle Rovanperä and Pontus Tidemand. Watch us for latest news!