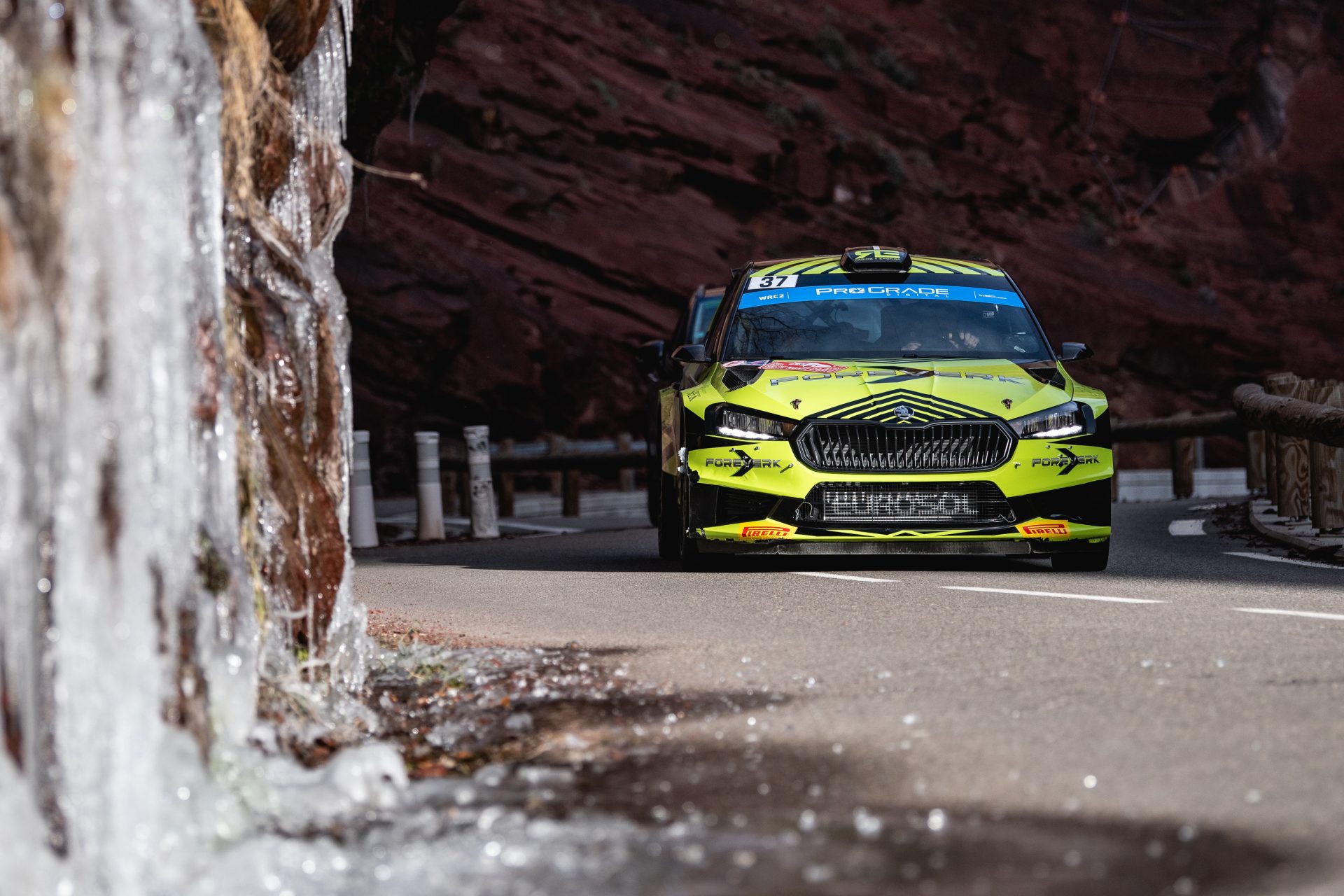 Monte-Carlo, 23 January 2023 – The Škoda Fabia RS Rally2 dominated the RC2 class on its debut in the FIA World Rally Championship. In the hands of private crews, the all-new rally car from Mladá Boleslav was fastest in its class on 16 of Rallye Monte-Carlo’s 18 stages. Oliver Solberg from Sweden and British co-driver Elliott Edmondson alone won ten stages.

Seven crews took to the challenge of Rallye Monte-Carlo with the all-new Škoda Fabia RS Rally2. Four finished inside the top 10 of the class RC2. Team Toksport WRT’s Nikolay Gryazin/Konstantin Aleksandrov were highest placed in second position. Czech crew Erik Cais/Petr Těšínský of team Orsák Rally Sport reached the finish in the Principality in fourth position. “It is amazing. My team prepared an incredible car, the weekend was perfect,” Cais said at the finish line after some 325 kilometres of competition.

Most of the competitors racing with RC2 class cars also choose to collect points for the world championship category WRC2, which is possible only on seven of the season’s 13 events. For Oliver Solberg, Rallye Monte-Carlo was not on his personal short-list of nominated events. The 21 years old son of former world champion Petter Solberg prefers to start his campaign with the second round in his native country Sweden. Regardless, he used the season opening ‘Monte’ to get used to the all-new Škoda Fabia RS Rally2. And he achieved this goal in style: Solberg posted the best time of the class on ten of the 18 stages. But a puncture (SS2) and a contact with a banking (SS11) dropped him way down the order.

Even more unfortunate were 2021 FIA Junior World Rally Champion Sami Pajari and co-driver Enni Mälkönen (Škoda Fabia RS Rally2). When Pajari showed severe symptoms of food poisoning during the night before the start, the Finnish crew had no other choice than to withdraw.

Rallye Monte-Carlo also saw the premiere of the newly created WRC Masters Cup. Fastest of this category reserved for drivers over 50 years of age was one of the sport’s legends – 1994 ‘Monte’ overall winner François Delecour. His entry was a remarkable display of sportsmanship between different Škoda Motorsport customer teams. Because all of Toksport WRT’s own Škoda Fabia RS Rally2 where already occupied, Hungarian outfit Eurosol Racing offered their similar machine. And so Delecour and co-driver Sabrina de Castelli won the category in an Eurosol Racing Škoda Fabia RS Rally2 run by Toksport WRT. Also, the top six crews of the WRC Masters Cup all drove different versions of the Škoda Fabia. Second place went to reigning WRC2 Masters Champions Mauro Miele/Luca Beltrame from Italy (Dream One Racing).

After the – at least in some places – ice-covered roads of the French Alpes, the FIA World Rally Championship heads to the snowy tracks of northern Scandinavia. Next on the calendar is Rally Sweden (9-12 February 2023) based in Umeå.