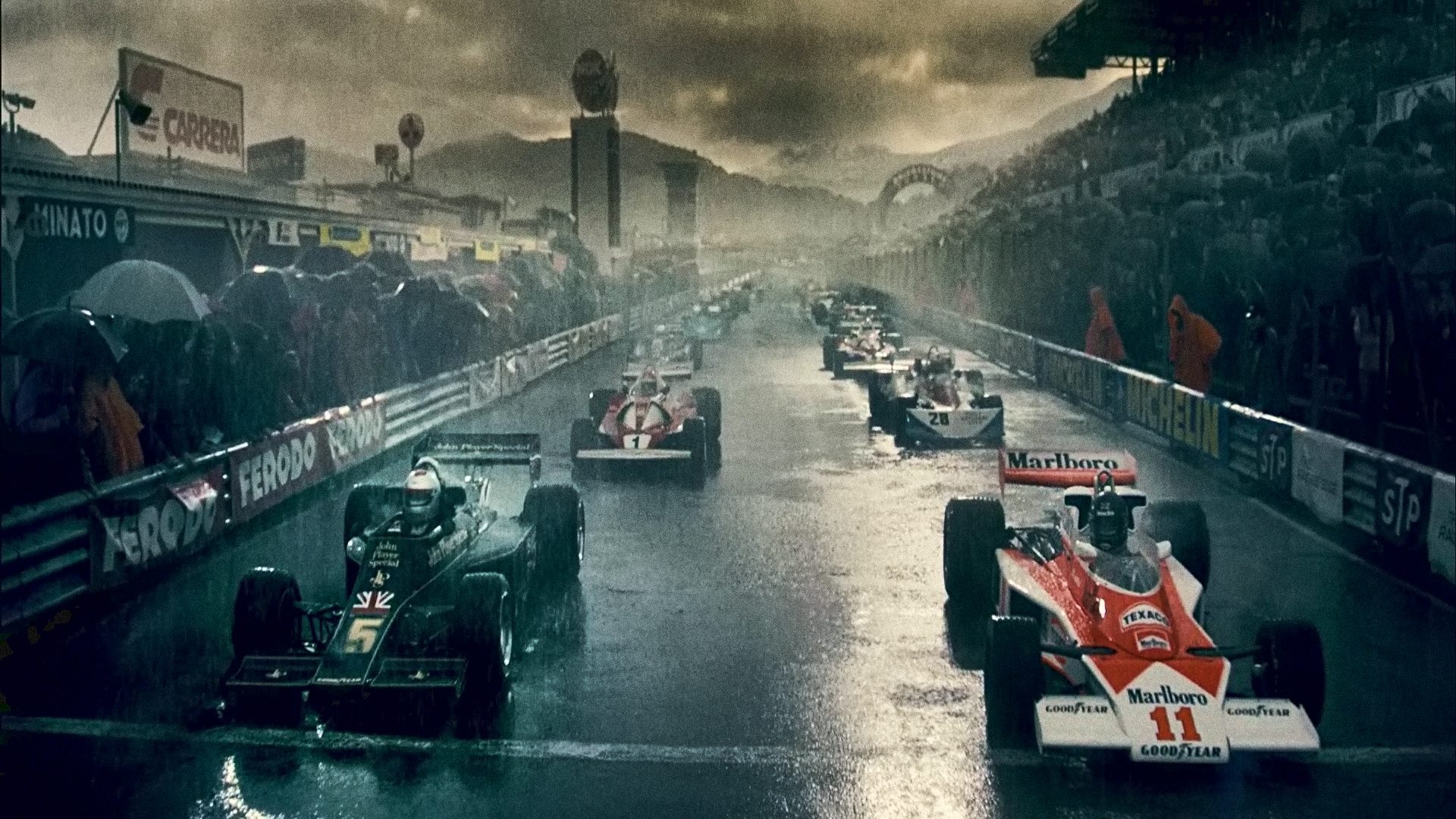 Rush: A Tale of Two Drivers, Different Like Night and Day

The history of motorsport is full of legendary racers and of course also rivalries among them. Only a few of them, though, created such sensation as legendary rivals James Hunt and Niki Lauda. The film Rush is about what was probably their most interesting season – the year of 1976.

The rivalry between Hunt and Lauda started in 1970, at a Formula 3 race at the Crystal Palace circuit in London. That was when a sort of animosity was born between the two men, though it never grew into anger or hate. As the film depicts, Lauda and Hunt were tough rivals, but they also respected and to an extent inspired each other.

Everything revolves around the differences between the two drivers. Niki Lauda, excellently portrayed on the silver screen by  Daniel Brühl, is a cold, calculating Austrian. He’s got a lot of mechanical knowledge, loves the rules and is very disciplined. As mentioned in the film, Niki Laude loves planes as well as car – allegedly because flying includes a lot of rules that need to be heeded.

On the other hand, James Hunt (played by Chris Hemsworth), is a prototypical playboy. In the film, like in the reality, James makes full use of his “superstar” position and slept, purportedly, with thousands of women – oftentimes just a few minutes before he strapped himself into the cockpit of his formula car. He never cared much about the rules, his parties were full of drugs and alcohol and allegedly, he raced hungover many times.

Both characters are remarkably well-depicted in the film, although, as some of the later interviews with Lauda show, sometimes the script goes a bit too far. To underscore the rivalry between the two racers, the screenwriters were not afraid to magnify certain aspects a bit. A few scenes in the movie never really happened and in fact, Lauda wasn’t as rule abiding and strict as depicted on the silver screen.

On the racetrack, both men got along quite well, although the film shows deeper, more real rivalry and animosity. As an example, when James Hunt won the 1976 season, depicted in the film, by just one point, Lauda said he’s not disappointed. “If anyone but me shall win the championship, I’m glad it’s James.”

The 1976 season was quite eventful both on and off the track. It brought dramatic moments like disqualification of James Hunt after the victory at Spanish GP. There, the technical scrutineers found after the race that Hunt’s McLaren is 1.8 centimetre wider than allowed by the rules. McLaren and Hunt, however, fought the decision and over complaints from Lauda and Ferrari, they proved that the difference of just a couple of centimetres has no effect on the car’s performance, so the title went back to hunt after two weeks.

Another interesting appearance of the season was the six-wheeled Tyrell P34, designed to beat the new an faster Ferrari. The unusual Tyrell was very competitive in 1976, but even so, it was one of just two season where the car appeared. After 1977, the support from GoodYear ended and the whole project was cancelled.

The most crucial event of 1976, though, is Nikki Lauda’s horrible accident, which saw him nearly burn to death after a crash at Nürburgring. Like everything else in the movie, this episode is depicted with an utmost attention detail and it’s quite likely the best portrayal of the tragic accident that was ever shown on a silver screen.

While Lauda doesn’t remember the exact account of the crash, but we now know that he hit the barrier with his car and bounced back to the track. Brett Lunger, driving behind him, wasn’t able to avoid the crashed car and in collision, the fuel tank was ruptured. Lauda’s car burst into flames and were it not for quick reaction of four other drivers, the driver would die in flames. Even so, Niki managed to get back to racing quite quick – he missed just two races and just six weeks after the accidents, he was competing again.

The race was interrupted by the accident and after restart, James Hunt managed to finish in the first place. It was, however, the last time Formula 1 cars appeared on the Nürburgring Nordschleife. After the incident, a new, much shorter and much more modern circuit was built in place of the former “Südschleife”. However, the new track, open in 1984, hosted the Formula 1 races in 1984 and 1985 only.

We can say, then, that from the standpoint of historic accuracy, the Rush does more than well. And when it comes to technical accuracy, it’s no less remarkable. At more than two hours of running time, Rush is one of the great racing films of all time, its qualities fully comparable to the legends like Grand Prix or Le Mans. Unlike its much older predecessors, though, the Rush could take advantage of technological advantages not available before.

The overall quality and craftsmanship of the movie is absolutely top-notch. The film often features non-traditional shot angles and allows the viewers to see the work of old-time racing drivers like never before.

So, even though some cars in the movie are in fact Formula 3 chassis with just different bodywork, and there are some minor historical inconsistencies, Rush already earned its place as one of the best racing movies in history. A lot of work went into this – relatively recent – movie, which resulted not only in great reviews, but also significant box office earnings. For every fan of motorsport – or just of good movies – seeing Rush is almost an obligation.