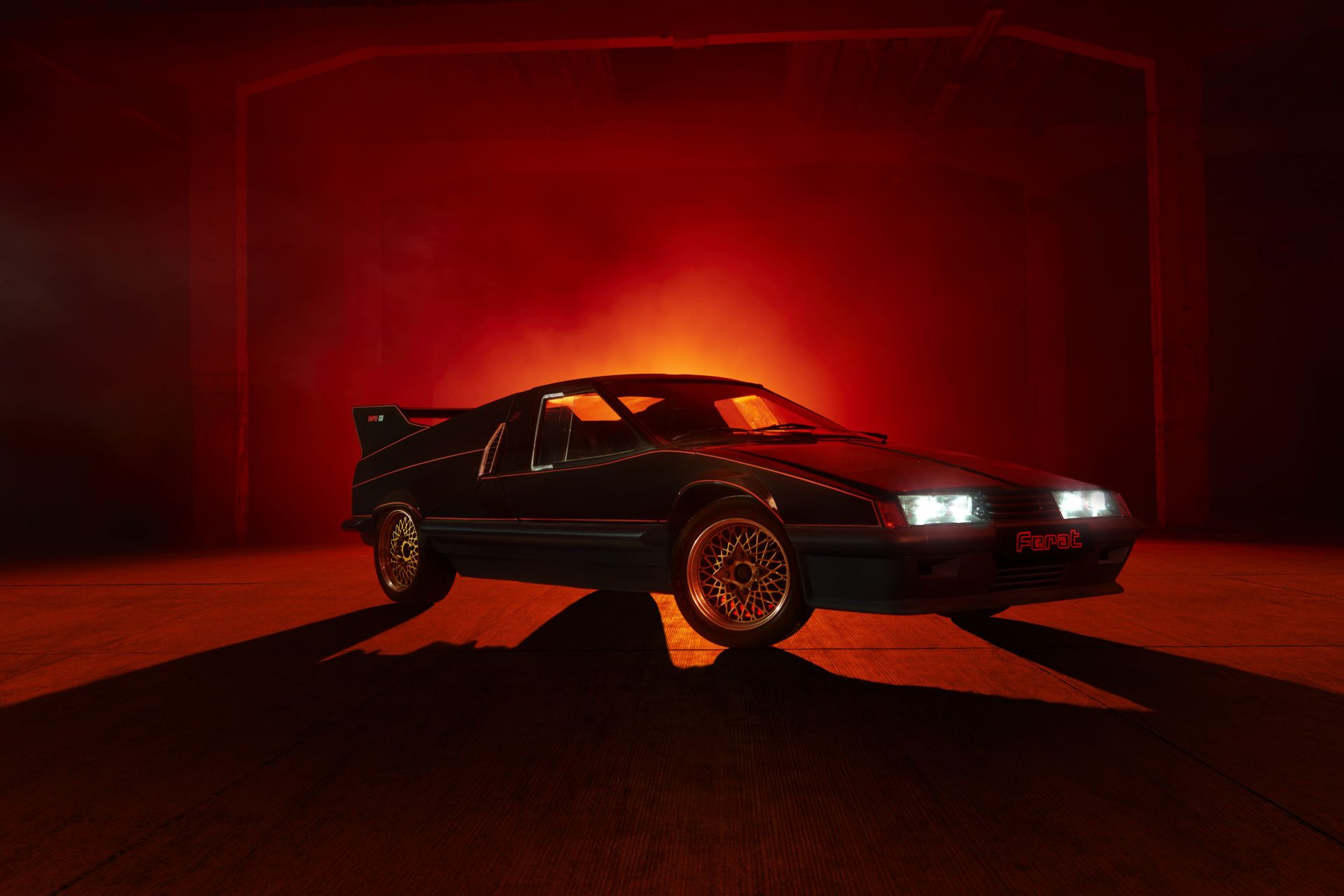 A futuristic sports car which never made it to production and exists as a single  prototype still had a successful film career, after transforming itself into a four-wheeled vampire.

Before the ŠKODA 110 SUPER SPORT became a film star, in the title role of horror film “Ferat Vampire”, it stunned both the public and the pundits alike at the 1972 Brussels autoshow. The angular, sharp-looking coupe looked like something that came from the future, not from the Eastern Bloc.

A two-seater with the engine ahead of the rear axle, it used a layout typical of the supercars that were just starting to capture the attention and imagination of enthusiasts. It had plenty of other supercar attributes as well:

Pop-up headlights? Check! And not just two or four. The 110 SUPER SPORT had sixheadlights, mounted together on a ramp at the nose. On the opposite end of the car? Sixteen round taillights, like the array of jets on a rocket.

A weird way to get inside? Of course! ŠKODA went well beyond the usual solutions such as scissor doors, gullwing doors or, in fact, any kind of doors at all. The designers instead took their inspiration from jets or sci-fi spaceships and made the whole “canopy” over the two seats tilt forward.

Then there was the shape: low, angular, cutting-edge and sporty. It wasn’t based on an existing ŠKODA model, as you might have expected at the time, but instead used a totally new chassis, with a roll bar to protect the occupants and fiberglass bodywork.

Its efficient aerodynamics, coupled with its low weight of 900 kilograms, meant that even with its small engine – a four-cylinder 1,107 cc in displacement providing just 73 PS – the 110 SUPER SPORT was able to achieve a top speed of 180 km/h, a remarkable achievement for those days.

The original plan called for a 1.5 litre OHC engine. This was in development at the time but, for political reasons, was never put into production. Instead, a slightly improved and significantly more powerful 1,147 cc engine (taken from ŠKODA 110 L RALLYE competition car), offering 104 PS and improving the top speed to 211 km/h, was later installed.

Originally,SKODA had intendeda limited series production of the car, but the situation in 1970s Czechoslovakia was hardly ideal for such projects. In the end, only the prototype was built. The time of the 110 SUPER SPORT was still to come.

Almost a decade after it was designed and built, the car was selected to play the title role of a racecar runnning on the driver’s blood in the sci-fi horror film “Ferat Vampire”. First, though, it had to change its name and its appearance.

The job of making the 110 SUPER SPORT look less like a futuristic spaceship and more like a sci-fi racecar was given to Theodor Pištěk, a renowned costume designer and artist, known for his collaborations with director Miloš Forman. He won an Academy Award for his work on Forman’s film Amadeus.

Pištěk replaced the white paint with a sinister colour scheme of black with red lines and made several design changes. The pop-up headlights were replaced with fixed, rectangular ones, while the taillights were borrowed from the new generation of ŠKODA 120, then in development. Also new were the large rear wing and 15”, gold-painted BBS mesh wheels.

Originally, the car was intended to keep the “Ferat Vampire RSR” look for the duration of the shoot only, but the new design was so popular that ŠKODA decided to keep it. The 110 SUPER SPORT retains its black colour scheme to this day – on the 35thanniversary of the movie premiere, a FABIA R5 was fitted with a similar colour scheme for Rally Bohemia.