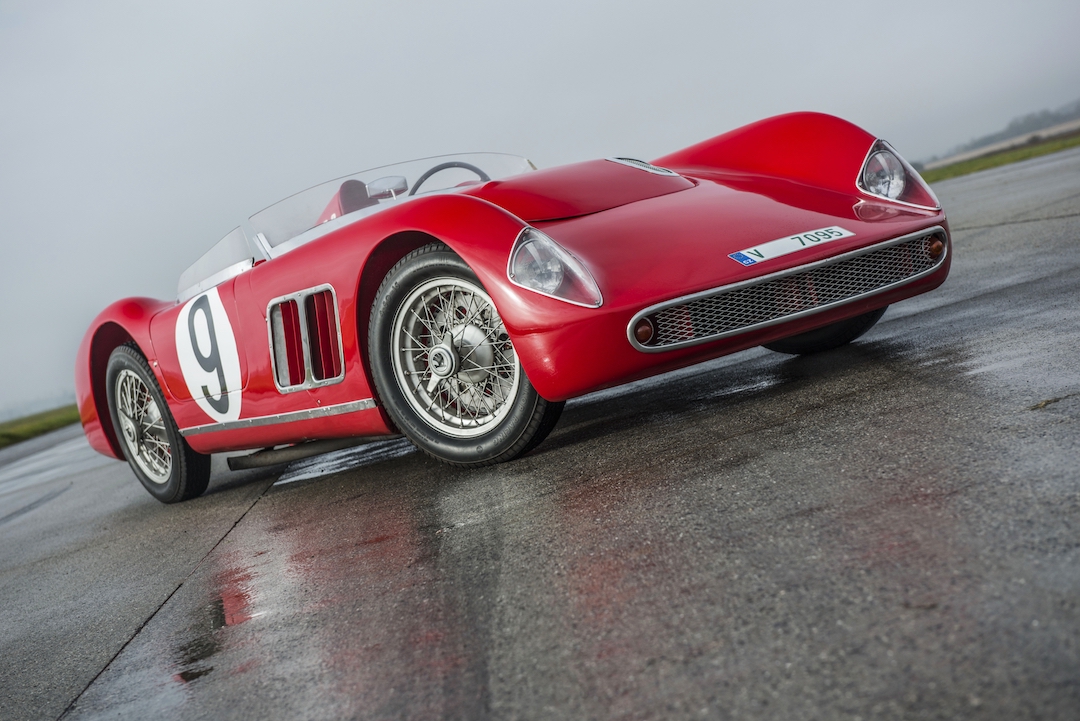 Once upon a time, ŠKODA built a two-seater racing car that could compete with the famed sportscars from Italy, Britain or Germany. How 1100 OHC came to be and why only two pairs were built?

The 1950s. A decade when so many beautiful sportscars and racecars were created, starting many famous lineages that go on to this day. ŠKODA wasn’t going to miss the party and in 1957, it built two pairs of gorgeous two-seaters that, even with their small engines, could go 200 km/h and shown promising capabilities in racing.

They were called 1100 OHC, after their engine with 1.1 litres of displacement and twin camshafts in the cylinder head. Unlike its predecessors, ŠKODA SPORT and SUPERSPORT, the 1100 OHC was a true racing prototype, with glass-fibre bodywork built around a tubular frame instead of being based on a production chassis.

Why it was so important? For one, this approach made the car much lighter. At 3,880 milimetres of length, 1100 OHC weighs just 550 kilograms – contemporary ŠKODA 440 family saloon was about twice as heavy. Maybe even more important, though, was where all this weight was situated.

The tubular frame allowed the car to be extremely low, with the height of just 964 milimetres, and together with five-speed gearbox and clutched placed by the rear axle, it also allowed it to have near-perfect weight distribution of 49.7 to 50.3 percent in favour of the rear.

Of course, none of the would be of any value without a well-sorted suspension. It was independent all around, with wishbones in the front and trapezoidal trailing arms and a swing-axles. The 15” wire-spoke wheels were sprung by torsion bars. At the time, this was the state-of-the-art.

Unlike the rest of the car, the engine bore at least a passing resemblance to those in series-production ŠKODAs. It used the aluminium block – something almost unheard of at the time – from a ŠKODA 440 and kept its displacement of 1,089 cc. That’s where similarities end, though.

On top of the block, a new cylinder head with twin camshafts was fitted, together with two carburettors (ones made by Jikov in the beginning, later replaced with dual Webers). The result? A whopping 92 horsepower at 7700 rpm and maximum engine speed of 8500 rpm. And specific output of 85 hp per litre. That was really something at the time.

It’s no wonder that 1100 OHCs did well in racing, scoring several top positions in both Czechoslovak and international races. Sadly, due to the political situation of the era, they were limited to competing in socialist countries and the dream of going to Le Mans never materialized.

For the same reason, building a “civilian” version was never really an option, as such cars were not considered appropriate for socialist society. Still, another pair of 1100 OHCs was created in 1959, this time with gorgeous coupe bodywork, created from aluminium.

Unlike the purist racing aesthetics of the roadster, the coupe went for more elegant and sophisticated looks. It even sported a chrome strip over the front grille which gave it a “face” not dissimilar to the Jaguar’s E-type which was introduced two years later.

Even with heavier fixed-head bodywork, the 1100 OHC COUPE was still remarkably light at just 618 kg. The coupe version was meant for racing as well, but when the works programme ended after a few years, both examples were sold to private hands and eventually destroyed in accidents on public roads.

We can only speculate what would happen if circumstances allowed for the 1100 OHC to be developed in a true road-going version and made available to general public. Maybe it could become a storied sportscar legend?

What we do know, though, is that of all four 1100 OHC, both roadsters are now in perfect working order, one in the hands of ŠKODA Museum at Mladá Boleslav (that’s the car you see in most of the pictures), the other owned by ŠKODA importer in Great Britain. Both actively participate in vintage car events.

Of the coupes, one is unaccounted for, but the chassis and engine of the other was recently found and acquired by ŠKODA AUTO. At this moment, the car is being rebuilt to its original specification and will join the Czech roadster in the ŠKODA Museum.