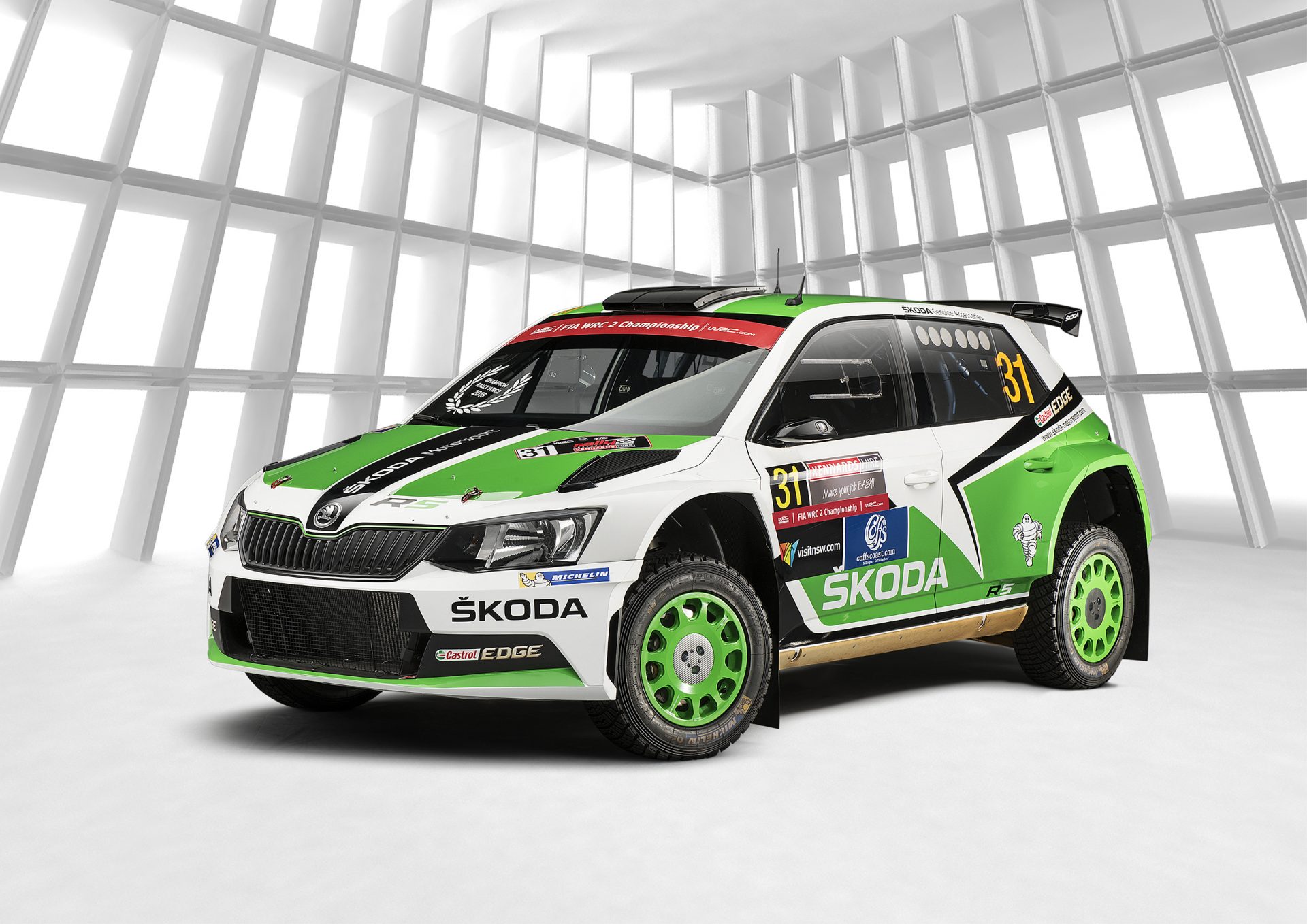 Mladá Boleslav, 20 December 2021 – Bearing the name R5, a completely new vehicle class was introduced for global rallying in 2012. It’s still valid today, albeit under the name Rally2. Based on the FABIA series production model, ŠKODA Motorsport developed a completely new rally car, which over time became the most successful in the category. In addition to fielding its own factory drivers, ŠKODA Motorsport from the very beginning also concentrated on supporting customer teams.

In 2012, a new vehicle category in global rallying replaced the SUPER 2000 class, in which ŠKODA had celebrated numerous successes with the FABIA SUPER 2000. Following the regulations for the new R5 category, today known as Rally2, ŠKODA Motorsport developed a successor model based on the third generation ŠKODA FABIA road car, which was presented in 2014.

The strategy behind the R5 regulations was to bring the rally cars closer to their production counterparts again as well as to reduce the costs for development, competition and revisions. The foundation were completely new technical regulations, which still exist today. Instead of the two-litre naturally aspirated engine of the SUPER 2000 class, which was designed purely as a racing engine, a near standard 1.6-litre turbo powerplant became common for R5 class cars. This engine could be derived from any production model. ŠKODA opted for the four-cylinder of the SUPERB variant sold in China. In accordance with the class limit, the displacement was reduced to 1,620 cubic centimetres. To level out the engine performance of different R5 models, a 32 millimetres FIA approved air restrictor was stipulated. The engine of the ŠKODA FABIA’s rally variant has been further developed in several stages since 2015. In its current version, it produces around 214 kW (290 hp) with a maximum torque of 425 Newton metres.

In the R5/Rally2 class, most of the components of the all-wheel drive are common. As well as all its competitors, the rally going ŠKODA FABIA’s drivetrain features a gearbox with five forward gears and no centre differential. The sequential shift gearbox is specially developed for racing. Other technical components, on the other hand, must be based on freely available and therefore comparatively low-cost production parts, including for example the brake system, the turbocharger and the intercooler.

However, the manufacturers were given room for improvement. ŠKODA Motorsport used this freedom in 2019 to further develop its bestseller into the ŠKODA FABIA R5 evo. The progress concerned, among other areas, the engine, the chassis, the differentials front and rear as well as the intervals for rebuilding. Following a change in nomenclature by the FIA, the ŠKODA FABIA R5 evo also was renamed ŠKODA FABIA Rally2 evo. In 2020 and again in 2021, ŠKODA Motorsport introduced further improvement steps for its successful rally car.

The ŠKODA FABIA R5, which made its world championship debut in Portugal in spring 2015, continued the success story of its predecessor. ŠKODA Motorsport factory drivers won the WRC2 and WRC2 Pro categories of the FIA World Rally Championship in 2016 (Esapekka Lappi/FIN), 2017 (Pontus Tidemand/SWE), 2018 (Jan Kopecký/CZE) and 2019 (Kalle Rovanperä/FIN).

The production-based rally vehicle from Mladá Boleslav demonstrated impressive versatility right from the start. At the wheel of a ŠKODA FABIA R5/Rally2/Rally2 evo, drivers celebrated victories in snow-covered Sweden, on the rock-strewn tracks of South America, Australia and Africa, on the soft and extremely fast gravel stages in Finland as well as on the asphalt roads of Italy, Spain and Lebanon.

By the end of 2021, ŠKODA Motorsport had sold more than 440 units of the ŠKODA FABIA in R5, Rally2 and Rally2 evo variant. Twelve of these were very special examples: a limited edition series with extended equipment launched in spring 2021 to mark the jubilee “120 years of ŠKODA in motorsport”. In addition to the standard equipment, the ŠKODA FABIA Rally2 evo Edition 120 included a set of green painted magnesium wheels and a full pod of extra LED lights plus LED corner lights. An additional full package of extra internal accessories based on factory crews experience was part of the standard configuration. This included storage bags or nets for personal belongings, tools, spare parts or additional equipment. More comfort improving accessories like camel bags for drinking water, bottles for car liquids, belts, holders and much more completed the package of extras. The limited edition equipment also brought a unique Edition 120 welcome screen for both monitors in the cockpit, a special car livery plus a plaque identifying the production number. A certificate of authenticity, useful ŠKODA merchandise like a backpack and an exclusive ŠKODA FABIA Rally2 evo model car (1:18 scale) with identical looks rounded up the special offer.