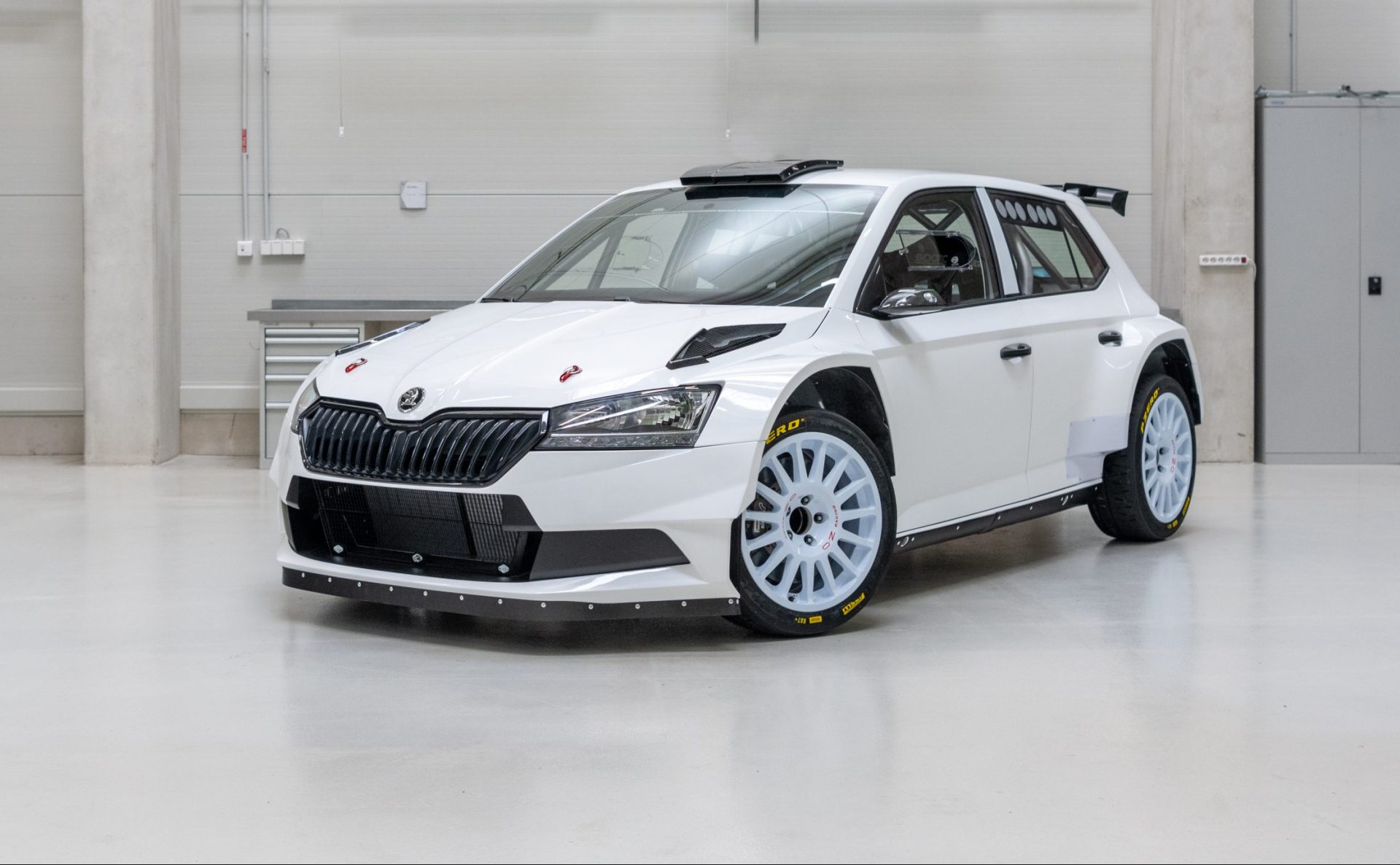 ŠKODA FABIA Rally2: The Queen of the Rally

The modernised ŠKODA FABIA, the FABIA Rally2 evo, set off on the rally stages in 2019, having completed thousands of test kilometres on gravel, asphalt, snow and ice. The aim was to develop a car that could take the capabilities of its respected predecessor even further. Within four years, it had won three world championship titles, hundreds of victories in competitions on every continent and had become the world's most successful rally car in its class.

The ŠKODA FABIA Rally2 evo belongs to the Rally2 group, which is strictly regulated by the FIA. Its aim is to create a group of cars with similar technical characteristics that will be affordable to private teams. The scope for development is therefore severely limited by many regulations, limits and rules.

This car, which is extraordinarily popular with drivers, is powered by a redesigned 1.6-litre engine that offers more power, more efficient cooling and lubrication and faster electronics than its predecessor. The gearbox has been adapted for this, while at the same time extending its service life. The entire body has been reinforced and the chassis has been given longer suspension travel for more grip in extreme conditions.

The FABIA Rally2 evo entered 2021 with another set of improvements. Changes included new engine mapping and a redesigned compressed air cooler and exhaust manifold. A third set of differential ramps has been prepared especially for low grip surfaces and the shock absorber specification for asphalt and gravel was also new. Further improvements to reliability, safety and crew comfort were also a significant part of the modifications - all details can be found here.