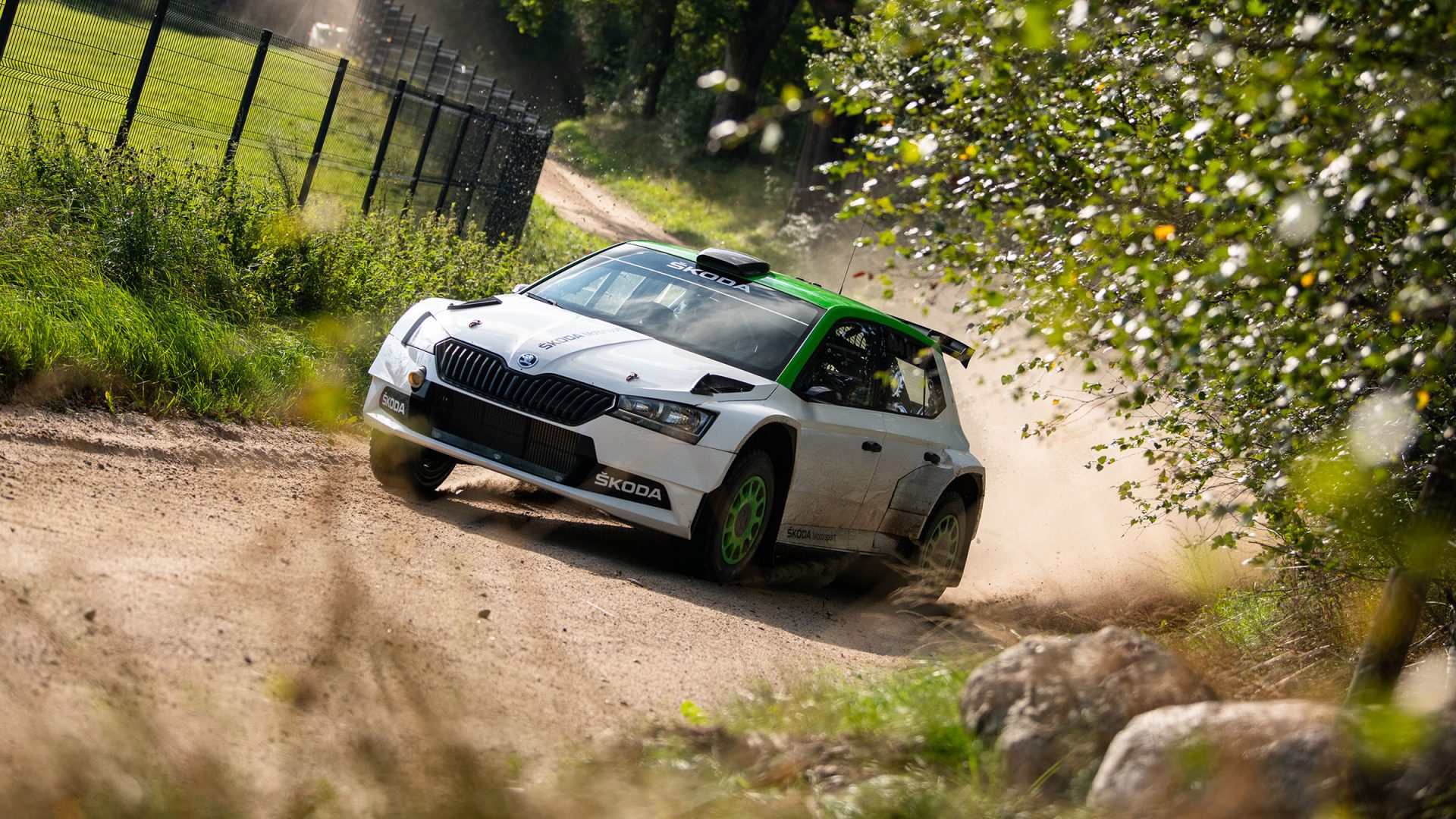 Even Faster and Stronger. A Set of Upgrades for the FABIA Rally2 evo

New components, with homologation effective from 1 January 2021, further improve the car’s performance, handling, reliability and safety as well as prolonging the lifetime of selected parts and giving the crew some more comfort aboard.

ŠKODA Motorsport updates the championship winning ŠKODA FABIA Rally2 evo ahead of the 2021 season. Technical improvements throughout the car aim to secure its competitiveness on rally tracks around the world. The new components will be available to customers from 4 January 2021, in time for the season opening Rallye Monte Carlo.

“The further developed parts of the 2021 upgrade are made to keep success coming for our customers worldwide. We have extensively tested these new components with drivers Jan Kopecký, Oliver Solberg, Kris Meeke, Pontus Tidemand, Andreas Mikkelsen and Emil Lindholm. I’m convinced, the 2021 upgrades provide our customers with an even faster and more reliable ŠKODA FABIA Rally2 evo,” says ŠKODA Motorsport director Michal Hrabánek.

The performance parts of the 2021 package include new engine mapping for the 1.6 litre turbo engine as well as a redesigned intercooler and exhaust manifold. These modifications not only improve the overall characteristics of the ŠKODA FABIA Rally2 evo’s power plant, but also increase the maximal power output by two kW up to now 214 kW depending on fuel. Also available is a longer gear set, making the gearbox better suitable for rallies with high average speed by increasing the top speed of the ŠKODA FABIA Rally2 evo from 187 to 202 kph.

Especially for low grip surfaces ŠKODA Motorsport homologated a third set of differential ramps (48/70) which can be used both on gravel and tarmac stages. A new spec of ZF dampers in tarmac and gravel setup provides even better traction and car stability on all types of surfaces. ŠKODA Motorsport also offers upgrading of existing dampers to the new specification.

Improved reliability also was a major topic for the newly homologated parts for the ŠKODA FABIA Rally2 evo. For example, a stronger rear axle subframe minimizes the risk of damage on rough roads. A special cooling device for the rear brakes – originally homologated for tarmac use only – can now be used in gravel setup as well. It protects the brake system effective from overheating. The system needs to be installed in combination with a designated protection plate for the rear differential. As it is homologated as so-called “Variant Option”, the use of the new cooling device is not mandatory. According to specific needs it can also be left off the car.

To further increase reliability, ŠKODA FABIA Rally2 evo 2021 is fitted with a modified engine lubrication system with enhanced function in dynamic modes. The modifications include a new oil intake and a partition in the lower engine cover, as well as the improved lubrication of turbocharger and reduction of the oil volume.

More comfort for the crew

Newly arranged steering wheel buttons, up to eight for different functions and easily reached without taking the hands off the steering, improve driver comfort. And if a tyre needs to be changed by the crew itself, a redesigned mounting for the jack makes life for the co-driver more comfortable as well.

Safer in all conditions

As rallies in high temperature areas combined with slow speeds commonly cause issues with fuel vaporization, ŠKODA Motorsport has developed a new roll over valve for the breathing pipes of the fuel cell. The new valve increases safety by avoiding excess pressure in the system during all ambient conditions of a rally.