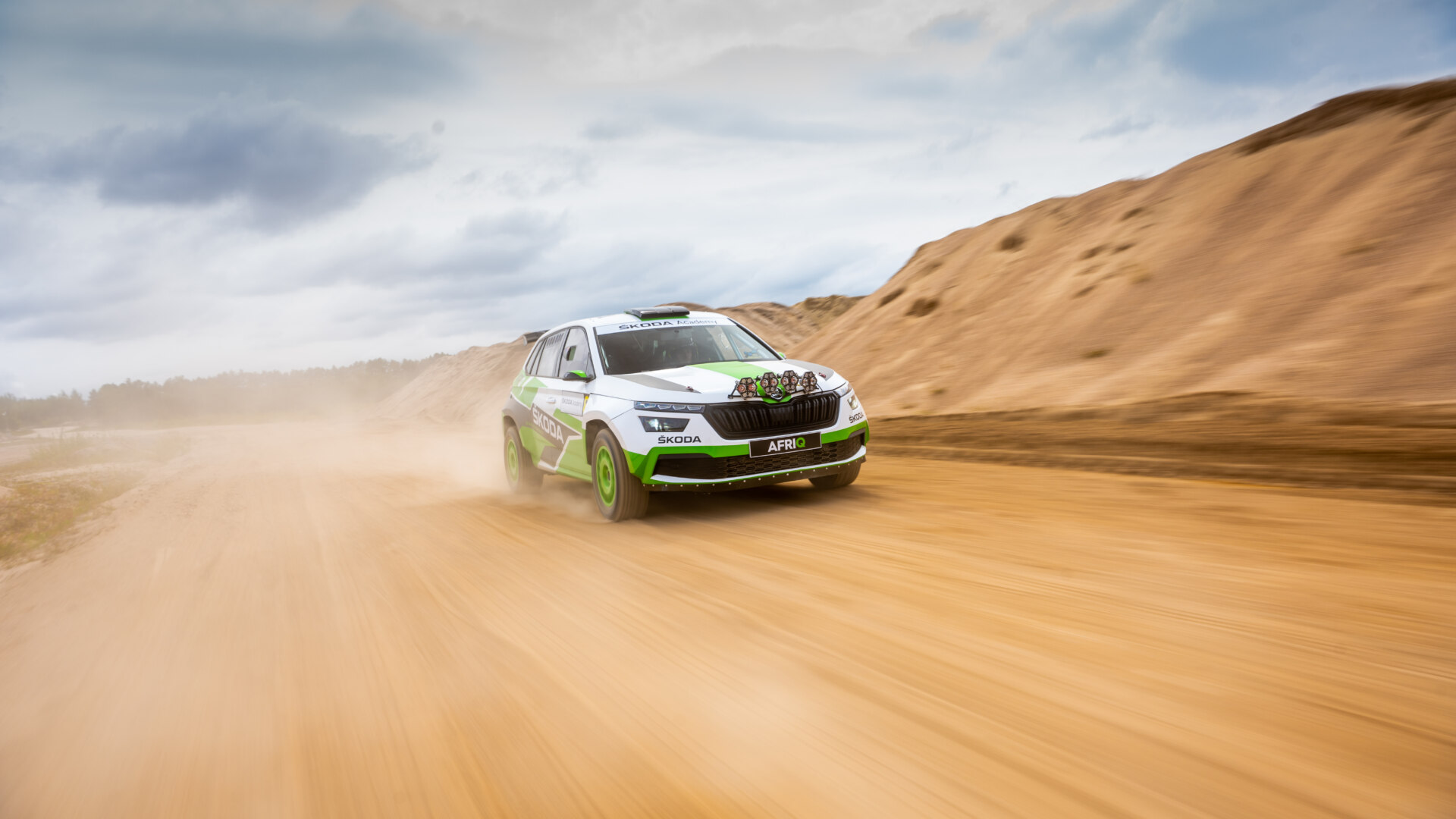 The king of the desert | ŠKODA AFRIQ

Students of the ŠKODA AUTO Secondary Vocational School of Engineering have built their eighth student concept car. For the first time, it was based on two ŠKODA production cars, the KAMIQ SUV and the OCTAVIA. The students received expert advice from, for example, the development department, ŠKODA Design, production, as well as the technicians and engineers from ŠKODA Motorsport. Who else could be more helpful in building a car for the famous Dakar Rally than rally experts?

The students worked on the new project for over two thousand hours and the build itself took four months. The most time-consuming part of the whole process was the modification of the body of the production ŠKODA KAMIQ, whose rear doors the students welded into the body and extended the rear wheel arches together with the front bumper of the car. The reason for this extensive modification of the bodywork was primarily the addition of the drive train, including the engine and gearbox, which are completely derived from the ŠKODA OCTAVIA 4x4.

As a result, the AFRIQ is 4,362 millimetres long, 1,793 millimetres wide and 1,410 millimetres high, with a wheelbase of 2,649 millimetres and a ground clearance of 180 millimetres. The four-cylinder 2.0 TSI engine produces 140 kW (190 hp) and transmits maximum torque of 320 Nm to all four wheels via a seven-speed DSG transmission.

Like a proper rally special, the AFRIQ does not miss the proper safety features - a fire extinguishing system, racing seats, six-point seat belts and, above all, a safety frame. Other features that have found inspiration in the ŠKODA FABIA Rally2 evo are the dashboard, the ventilation flap, the rear roof spoiler, the additional headlights at the front and the special quick-release fasteners on the bonnet and rear doors.

And like a proper ŠKODA, the AFRIQ has its own Simply Clever feature. This is a device from Israeli company Watergen, which provides both the driver and the passenger in the AFRIQ with cooled and filtered drinking water from the ambient air, at all times and with no dependencies on the environment. 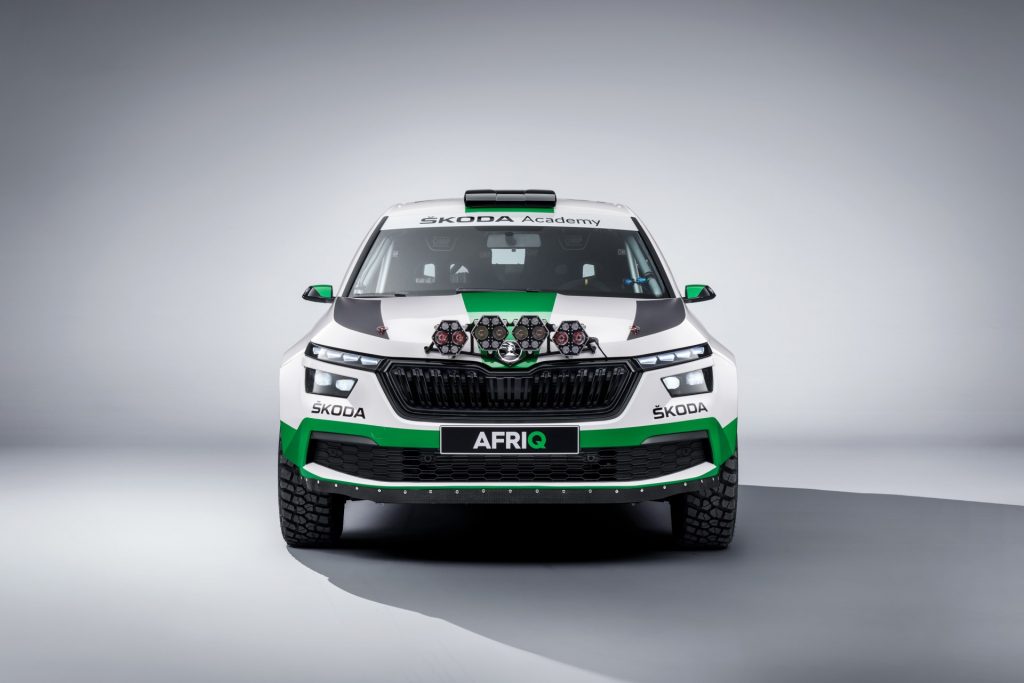 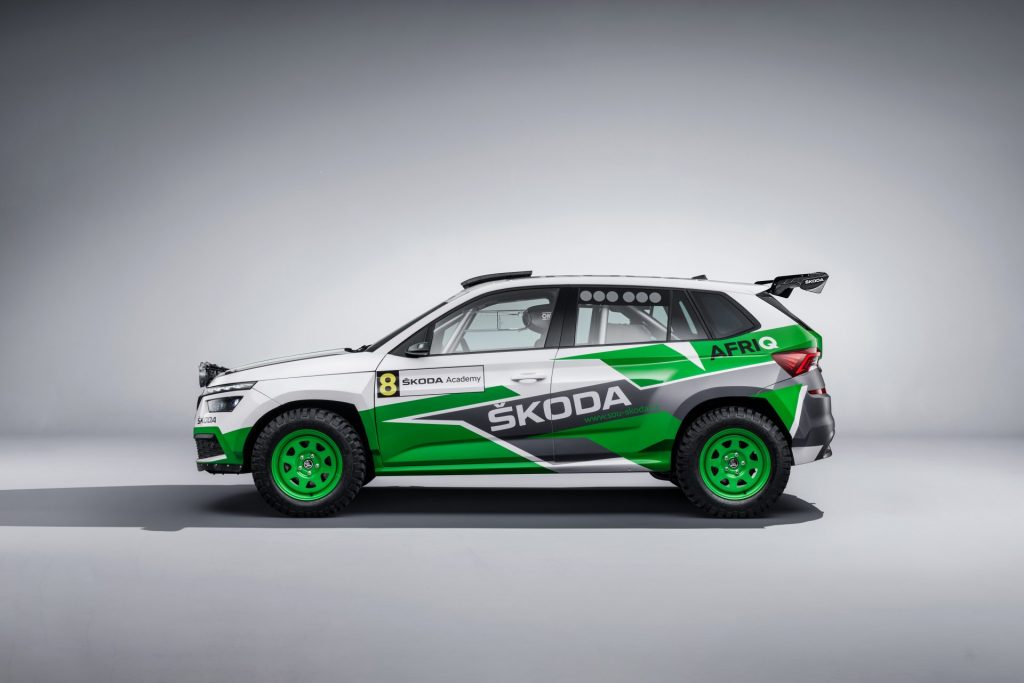 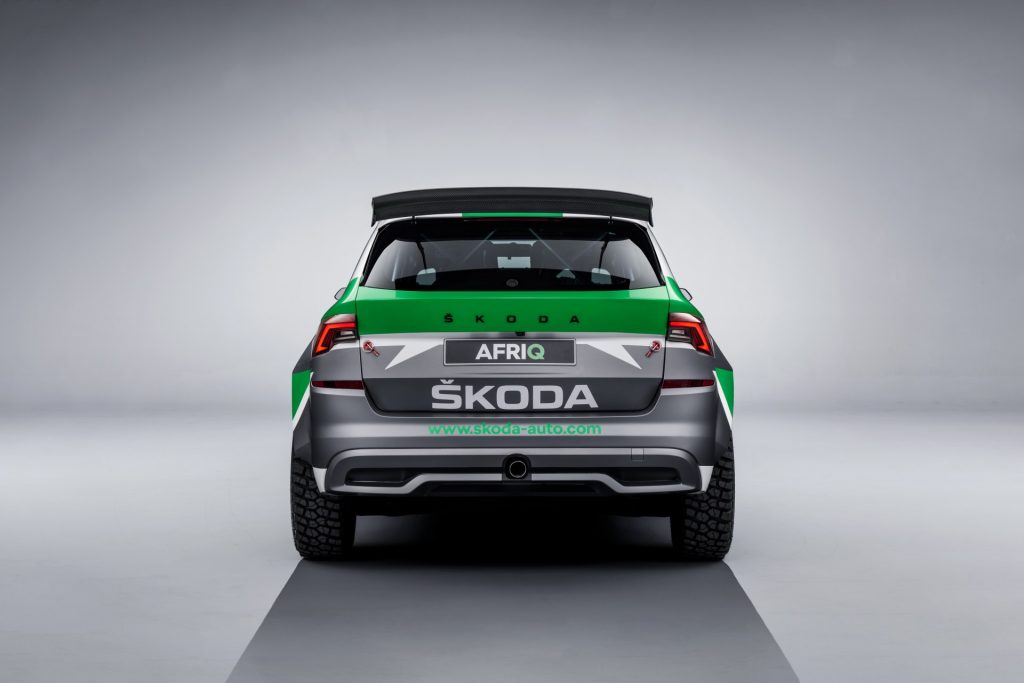 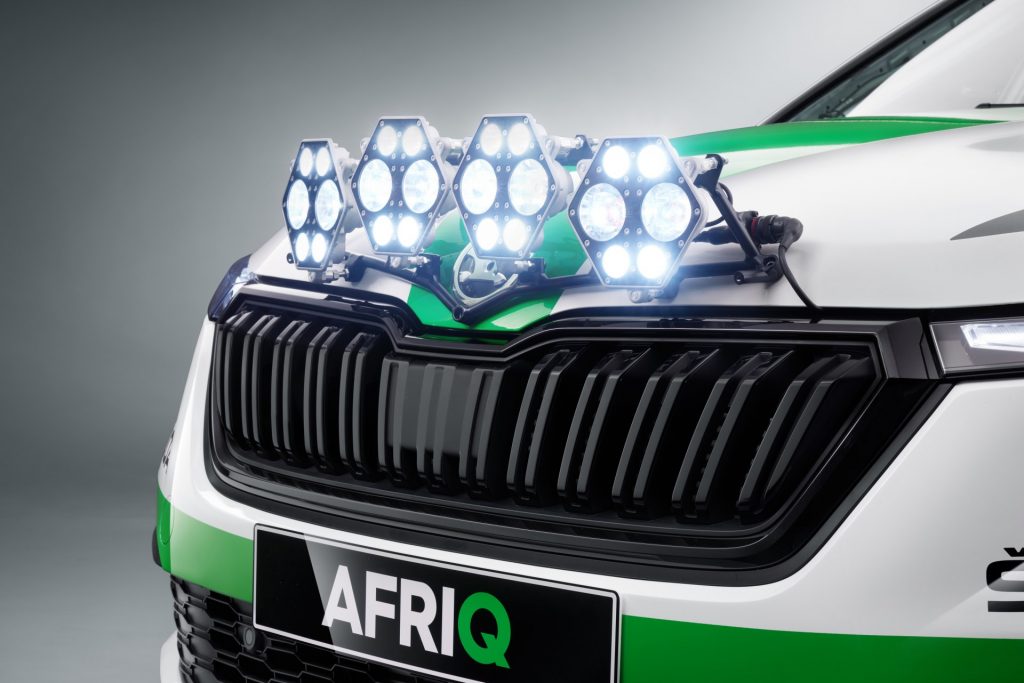 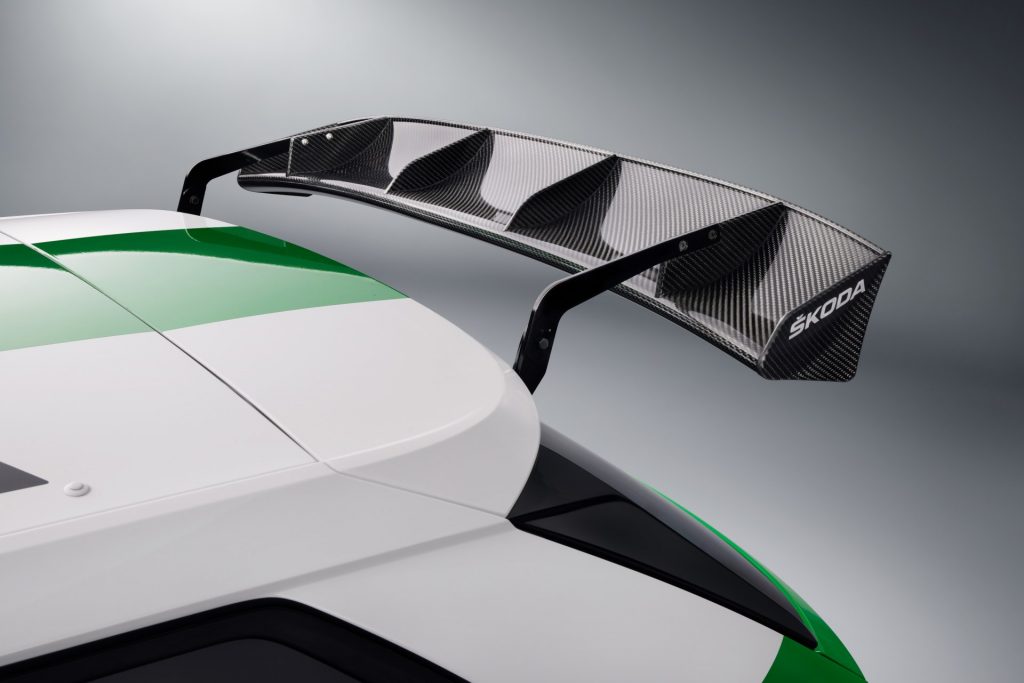 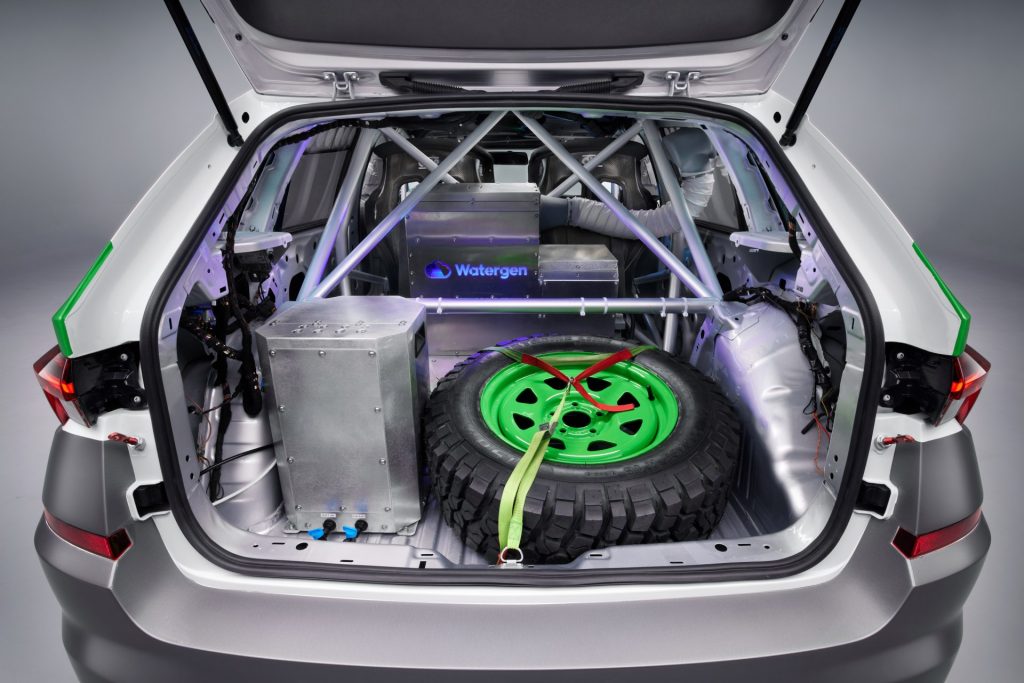 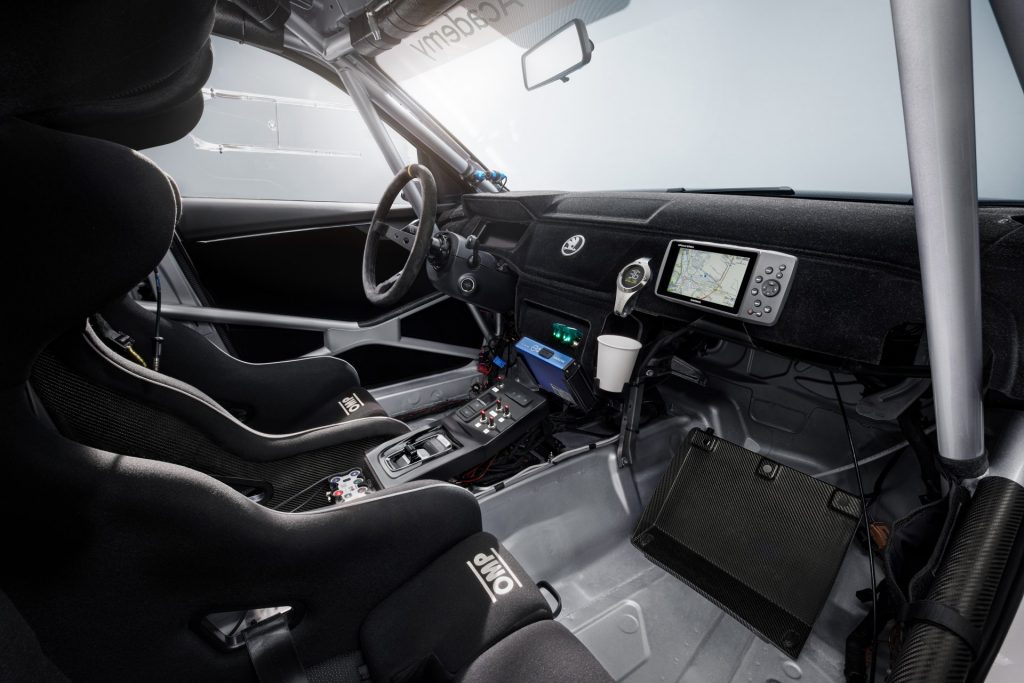 Want to find out more about the ŠKODA AFRIQ concept car? Read the Press Kit on the ŠKODA Storyboard.

Light, agile, promising!
And how does driver Ondřej Klymčiw, an experienced Dakar Rally driver, who certainly didn't spare the car during testing, rate it? “It’s not a fully-fledged rally car, of course, but as a student project the car is very interesting. It would be worth giving it a chance in one of the smaller competitions where it could show what it can do over two or three days; maybe a less demanding cross-country race in Spain. The automatic gearbox is great. The automatics helps a lot when starting in the sand by eliminating the human factor - after all, drivers will work the clutch pedal a little differently every time, but the automatics always works the same way. It’s all about the throttle control, how much and how fast you apply it. Thanks to the automatic transmission, the power delivered to the wheels can be dosed precisely and gently, which is very important when starting on a loose surface: you have to get it moving slowly and, above all, smoothly,” the Dakar pro says.

Want to know more about Ondřej Klymčiw's impressions of the ŠKODA AFRIQ? Read the article on the ŠKODA Storyboard.