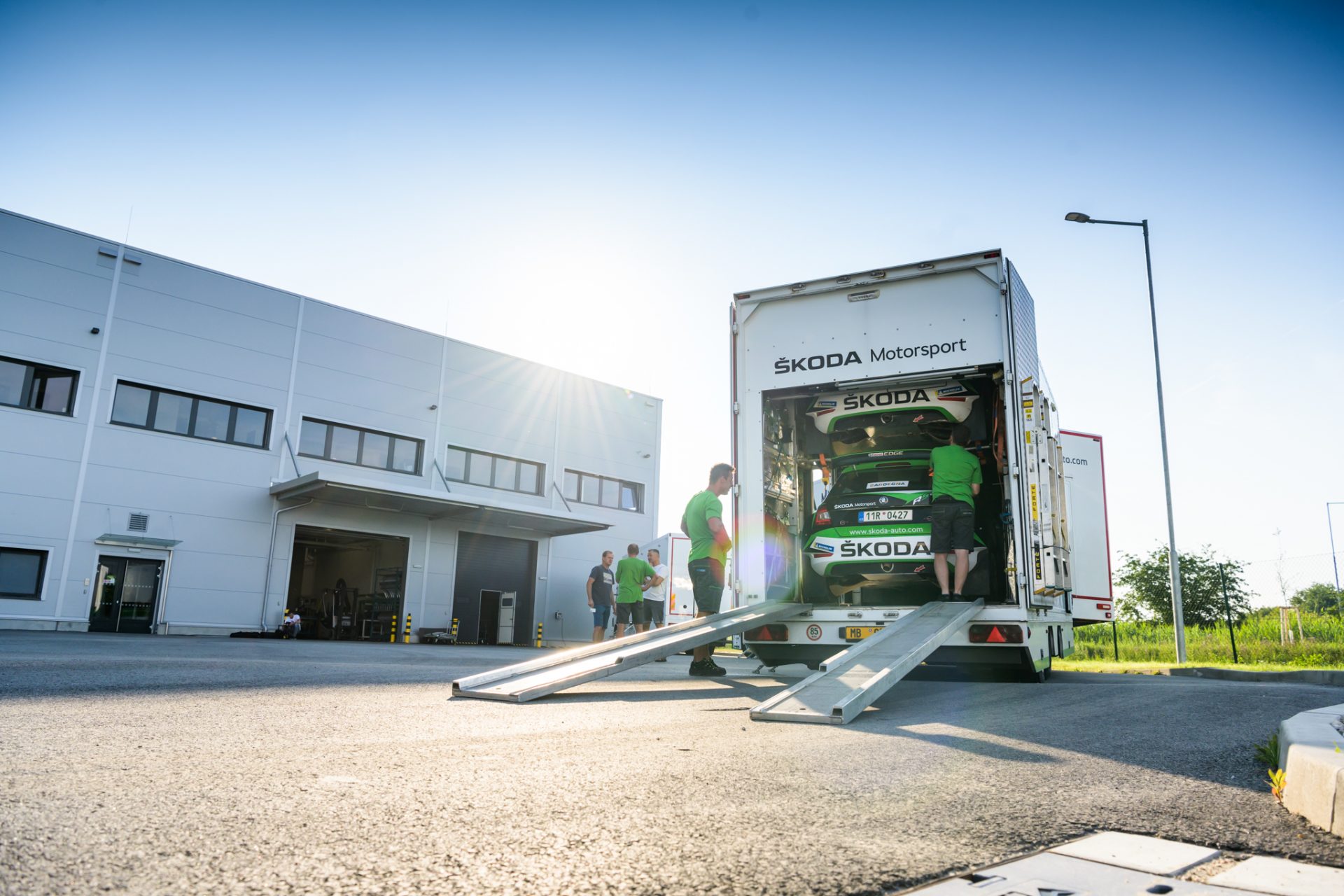 When the Season Ends. How ŠKODA Motorsport Spends Its Winters

This year’s World Rally Championship season ended in late October at RallyRACC Catalunya, for all intents and purposes. That, however, doesn’t mean that the people at ŠKODA Motorsport can just sit back and wait for the next season to start. What happens in the period between seasons?

After the season ends, the teams usually have two months until the next rally. That’s not a lot of time, as the break includes Christmas – this year, the ŠKODA Motorsport gates will close on 20th December and won’t reopen until 2nd January. Even before a season ends, the team is already preparing for the next one. One of the most important tasks is getting to know any new crews who will be competing in the factory colours the following year, which happens quite often.

“Even though it may look like it, there’s no rule that says we have to field a new crew every season. On the contrary, we would like to keep the winning team and continue without changes - but we try to respect the wishes of our drivers if they have the opportunity to move into the highest WRC category. In the past, this has happened with Hänninen, Lappi and Tidemand, and now it’s the case for Kalle Rovanperä and Jonne Halttunen,” explains Pavel Hortek, ŠKODA Motorsport team manager.

If there’s a change in the drivers’ roster, then the introduction usually happens in the time between the last rally of one season and the first rally of the next. In the first place, it’s necessary for the crew to get acquainted with the car from a technical standpoint, so they are able to do some makeshift repairs if needed. Especially important is the tyre change, which is an absolute must for the crew. Knowing the car, though, isn’t the only part of the preparations. The conditions in the car during the rally are very demanding and the perfect physical condition of both crew members is paramount. Working with the team doctor on both physical and mental condition is an integral part of the “training”.

Christmas, the time of testing

The cars, on the other hand, don’t require any special attention. The team takes care of them year-round and the ŠKODA FABIA R5 is well-known for its reliability, ruggedness and durability. “The cars do not go through any special maintenance after the season ends. We have a system of refurbishments after each rally, and we stick to that. It’s same with the trucks, we try to take care of them during the year, so they stay in top shape. Before Christmas, we are more focused on checking and fixing our service equipment, for example the tent,” explains Miroslav Šlamora, the coordinator of the rally car build and service stage.

Still, travelling around the world rallies is just one part of ŠKODA Motorsport’s activities. While approximately 35 team members go to each rally, there are more than 100 people in Mladá Boleslav, working on development and supplying cars and parts to their private customers. The ŠKODA FABIA R5 is the world’s most successful and best-selling car in its class; more than 320 cars have found their owners. As many teams use the time between seasons for maintenance, this means a lot of work, especially for engine and gearbox specialists. “During this time, there’s an increased demand for rebuilds and refurbishing of individual car components,” confirms Šlambora.

Of course, there also has to be a goodbye to the old year. Every year, at the end of November or beginning of December, the whole team meets at a party together, where they celebrate their successes and, if any of the crews are leaving, they say goodbye to them. Sometimes that farewell is full of strong emotions.