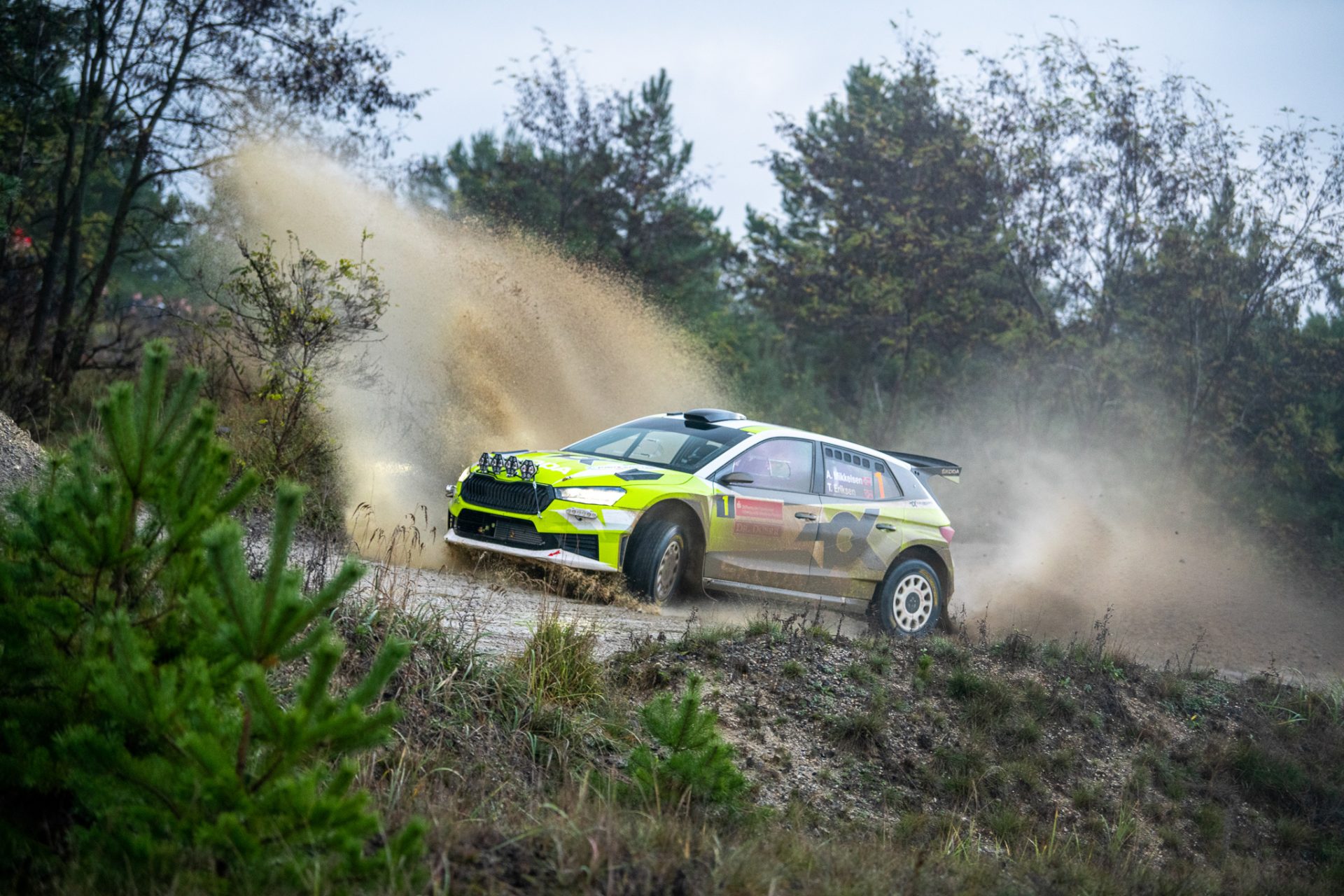 After almost two years of development and thousands of kilometres on test tracks across Europe, the ŠKODA FABIA RS Rally2 has finally made its competition debut. At the Lausitz Rallye in Germany, the TOKSPORT WRT team of Andreas Mikkelsen/Torstein Eriksen also scored their first victory.

The Lausitz Rallye is one of the toughest gravel events in Europe. The entire event takes place in a reclaimed brown coal mine area in north-eastern Saxony, which creates extremely challenging conditions for the drivers. The surface of the stages changes from hard gravel covered with coarse gravel to a soft, almost sandy subsoil in which deep ruts are quickly driven. This year, in addition, heavy rains pelted the entire area just before the start of the event, adding to the difficulty of the event. Such challenging tracks proved to be the perfect location for the competition debut of the first customer ŠKODA FABIA RS Rally2, which the TOKSPORT WRT team took delivery of shortly before the event.

Reigning WRC2 World Champion Andreas Mikkelsen took the wheel and, together with co-driver Torstein Eriksen, confirmed the speed and durability of the new car by winning the one-day event by more than 20 seconds. Andreas Mikkelsen enjoyed the first sharp rally of the new car. "We had a great day. The ŠKODA FABIA RS Rally2 was amazing," he said after celebrating his victory. "When you rally, it's always different to testing. We made a few changes during the event and the car just kept getting better and better because of them. Of course, it's special to take the first ever victory for the ŠKODA FABIA RS Rally2."

The winning debut was also witnessed by the ŠKODA Motorsport management team with a number of engineers and mechanics who developed the new car. Michal Hrabánek, Head of ŠKODA Motorsport, summed up their feelings on behalf of everyone.
"The first rally for the new ŠKODA FABIA RS Rally2 is over. Andreas and Torstein won and this victory is a truly deserved result for ŠKODA Motorsport. I want to thank all our team members and all the people who support us."

If you are interested in more information about this rally, read the press release.