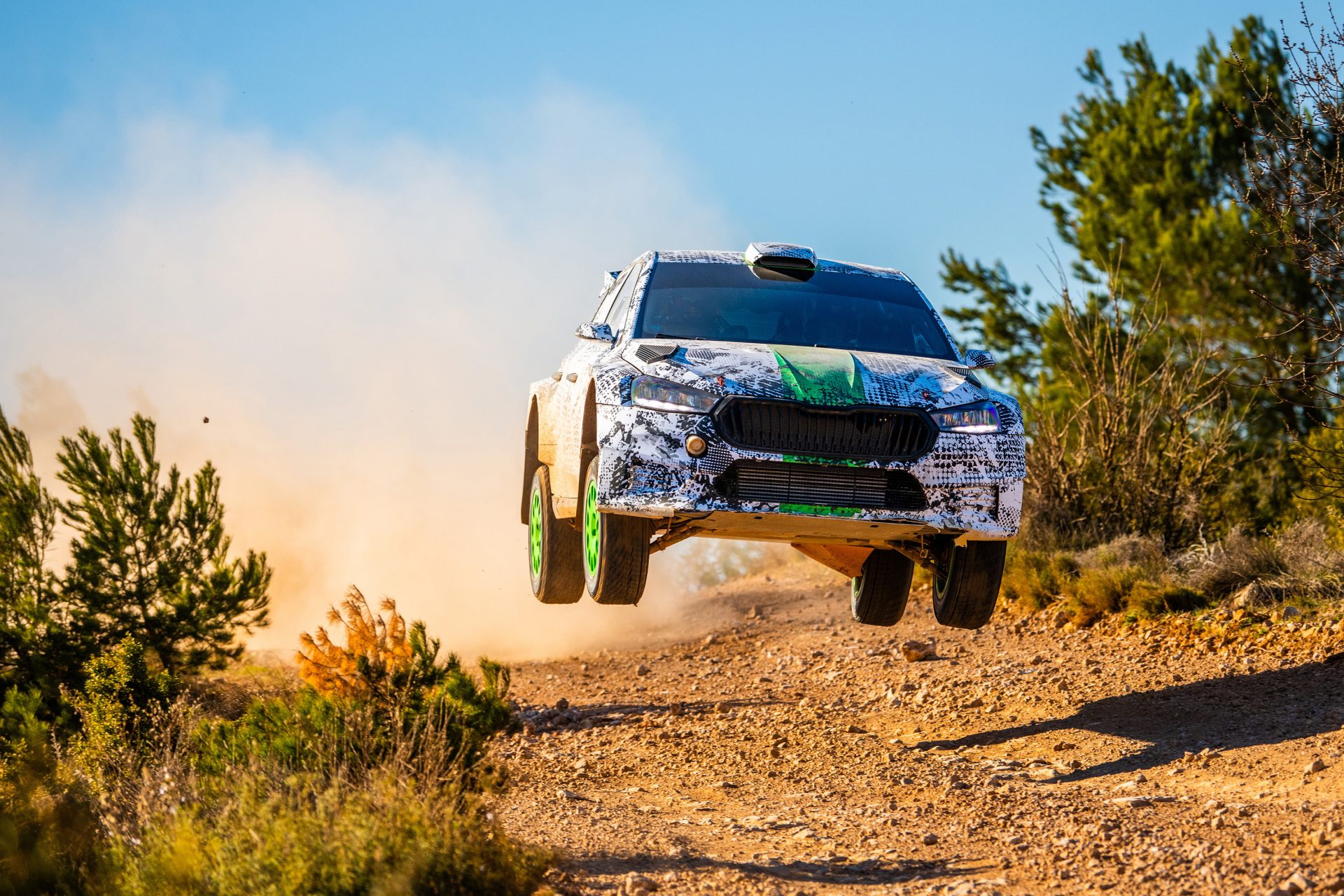 After months of intensive testing in private, the ŠKODA FABIA RS Rally2 made its first public appearance last July. It took over duties as zero car during Bohemia Rally, an all-tarmac Czech championship round based in ŠKODA’s hometown of Mladá Boleslav. ŠKODA Motorsport development driver Andreas Mikkelsen tackled the stages some minutes ahead of the first competitor. The reigning WRC2 champion also has the honours to take to the wheel of the ŠKODA FABIA RS Rally2 for its first appearance under proper competition conditions. And this time, gravel stages are on the program. Together with co-driver Torstein Eriksen, Mikkelsen will compete the Lausitz-Rallye on 5 November 2022, the finale of the European Rally Trophy (ERT) in Germany. As usual, the two Norwegians drive for team Toksport WRT, with support from ŠKODA Motorsport one of the main players in the FIA World Rally Championship’s premier feeder class WRC2.

As stipulated by the regulations, the ŠKODA FABIA RS Rally2 features a 1.6 litres turbo-charged petrol engine coupled to a five-speed sequential gearbox and a four-wheel drive free of electronic control systems. While the chassis of the ŠKODA FABIA RS Rally2 is based on the FABIA series model, the engine is derived from the engine family ŠKODA uses in its RS road cars. With the capacity reduced to the allowed 1.6 litres, the four cylinder engine in rally spec delivers roughly 214 kW (289 PS).

Lausitz-Rallye is based in the city of Boxberg in the eastern federal state of Saxony, close to Germany’s border with Poland. Known as one of the most demanding gravel rallies in Central Europe, most of its stages use service roads of former or even still active opencast lignite mining sites. Highlight is the 24 kilometres long “Reichwalde” test, like all stages to be driven twice. “The rally is completely new to me,” says Andreas Mikkelsen. “What I have seen from videos, the stages are pretty fast. In some parts, deep ruts make especially the second runs quite rough. The rally should make the competition debut of the ŠKODA FABIA RS Rally2 a real challenge.”

Selection of ŠKODA crews at Lausitz-Rallye