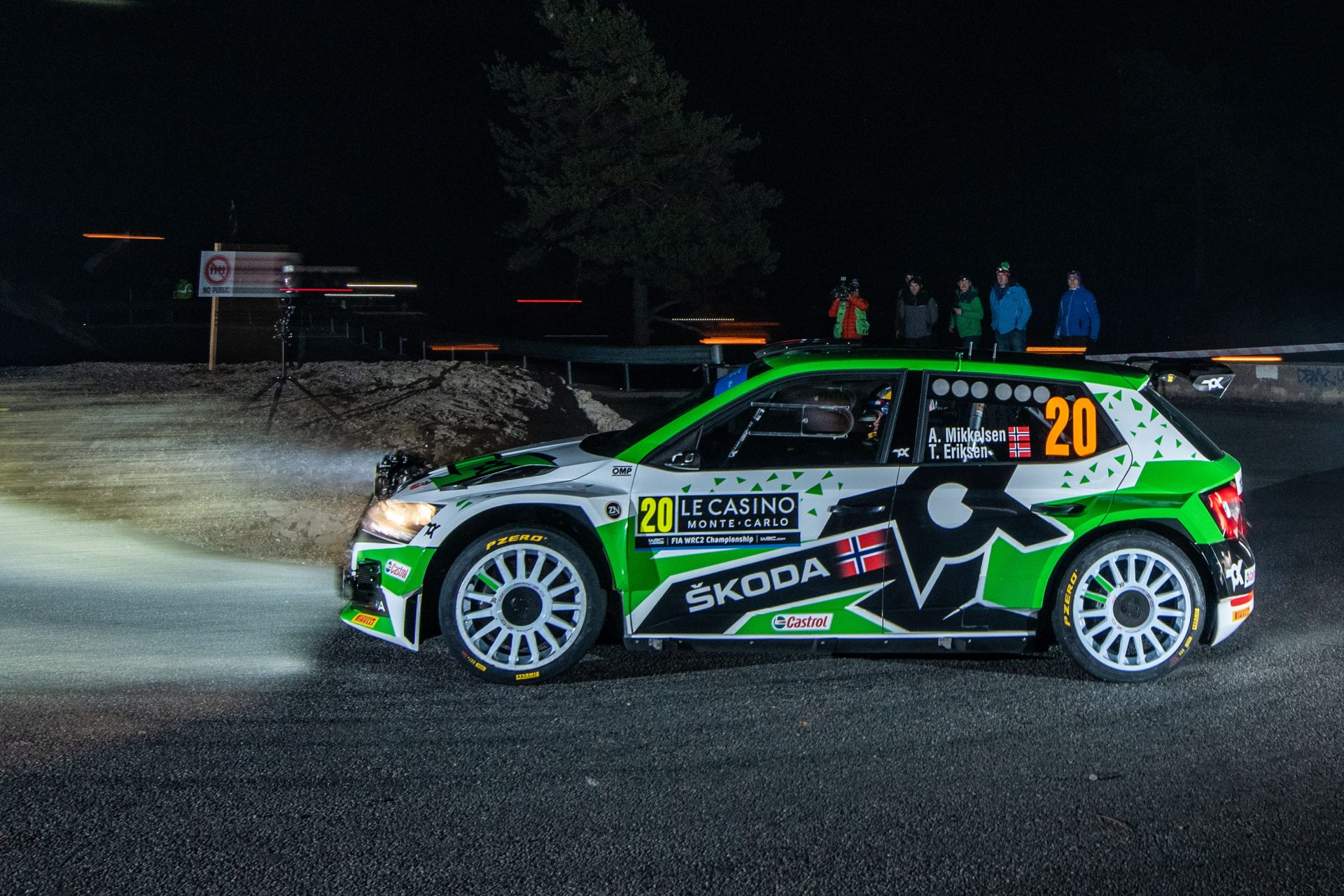 Reigning Finnish champions Emil Lindholm/Reeta Hämäläinen contributed the sixth WRC2 win of the season for ŠKODA by taking top spot of the category at their home rally. The Toksport WRT youngsters were declared WRC2 winners after the provisional winners were disqualified for a technical infringement.

Lindholm also won the WRC2 Junior class at Rally Finland, promoting him to the overall lead in this class reserved for drivers not older than 30 years. Lindholm (83 points) currently leads this classification from three other drivers of ŠKODA FABIA Rally2 evo: Briton Chris Ingram (67 points), Nikolay Gryazin (61 points) and Miko Marczyk from Poland (59 points). As each WRC2 competitor can score points on not more than seven rallies, Lindholm decided not to take part in the Belgian WRC round. That gives former FIA European Rally Champion and current WRC2 Junior runner-up Chris Ingram the chance, to close the gap to his Toksport WRT teammate.

One of the fans‘ favourites is multiple Belgian champion Freddy Loix, with eleven wins record holder at the former Ypres Rally. Loix is campaigning a ŠKODA FABIA Rally2 evo of team PTR Racing with co-driver Pieter Tsjoen in the WRC2 Masters class reserved for drivers 50 years and older. Loix is currently second in the WRC2 Masters classification behind Mauro Miele from Italy. The driver of a Dream One Racing prepared ŠKODA FABIA Rally2 evo is not competing at Ypres Rally Belgium.

Ypres Rally Belgium is run as part of the FIA World Rally Championship only for the second time. Its challenge are narrow and extremely bumpy tarmac roads lined by drainage ditches and telegraph poles. Due to excessive corner cutting, the asphalt is often heavily covered with gravel or even mud. These unique conditions ask for detailed pace notes and a precise racing line.

The Belgian WRC round starts on Thursday afternoon (18 August) with the official test called Shakedown. 20 special stages totalling 281.58 kilometres follow from Friday to Sunday. The finish welcomes the winner on Sunday afternoon in Ypres. The picturesque village in the West Flanders province also hosts the service park.

…the event formerly known as Ypres Rally was first held in 1965 and until 2016 counted towards the FIA European Rally Championship?

…the event, this year under the name of ARDECA Ypres Rally Belgium, is part of the FIA World Rally Championship calendar only since 2020, though due to the pandemic the debut was postponed to 2021?

…that Belgian Freddy Loix took six of his record eleven Ypres Rally victories at the wheel of a ŠKODA FABIA?