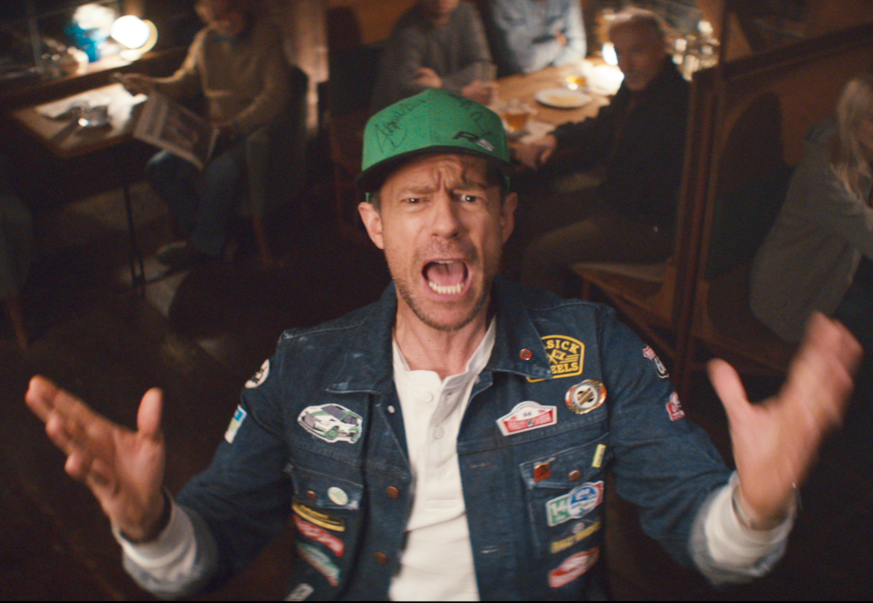 How Would You Enjoy the 2018 WRC 2 Season as a ŠKODA Superfan?

They live among us. You may not notice them at first, but they are there, in the streets, in the workplaces. In pubs. At the first glance, they may look normal, but then you notice the little signs. Maybe it’s a discreet badge on the jacket or a green logo on their backpack. It may be their strange habit of going on holiday several times a year, always leaving on Tuesday or Wednesday. Sometimes, when they’re not paying attention, you may hear them murmuring things like “left 5, through the door” as they navigate the office corridors, making strange sounds like VROOOOM-BRAP-BRAP-VROOOOM at the same time.

If you’ve encountered one of them, you know what we mean. Maybe you haven’t; they are quite rare. They’re Superfans. The most hardcore, the most dedicated of rally fans. They live for rally. They follow their team everywhere, standing beside the track in rain, sleet or dust storm, waiting for their favourite driver to come roaring past. And then, they have to tell everybody. Want to see how our Superfan described the 2018 season to his friends? Watch the video!

Want to know more about what he has to say about the 2018 season? We asked him to share his thoughts!

There was just one ŠKODA Motorsport car in the running, but you have to see Jan Kopecký at the legendary Monte Carlo, don’t you? The snowy mountain passes were beautiful and though we were freezing, the excitement kept us warm. Then, there were the lights of Monte Carlo, the glitz and the glamour. And, of course, Jan took the victory!

Pontus Tidemand at his home rally? You can’t miss that one! And snowy Sweden is a land of beauty, especially with rally cars drifting around you! Seeing Pontus fight for the lead with Takamota Katsuta was a thrill. And O. C. Veiby came in third at his second rally in a ŠKODA works car. It was a great one to watch!

Oh, Mexico. The desert, the cactuses and the warm weather, that was a nice change after all that snow. All the dust and jumps – it was just a hoot to watch. And Pontus led start to finish, a great spectacle for any fan. Pity about Kalle and his damaged radiator, we were rooting for the young guy!

The great thing about the rally is you get to visit such cool places. This island in the Mediterranean is just perfect. And the roads! Smooth, fast tarmac, long sweepers and tight twisty turns! It was just totally different from all that drifting on gravel. It was obvious that Jan liked it, too, with the way he won the thing!

I would go there just for the scenery! And the fans. Fans in Argentina are awesome, almost as crazy as I am! You really see a lot of things there. The vast pampas, the countryside in the hills. And then… the mountains! Standing on those huge rocks at El Condór is a must! Of course, seeing Pontus win again made it even better.

A start at a castle and then the super special stage on a rallycross circuit? I loved that one! Still, nothing beats the jump at Fafe. You just have to be there! The cars are flying like you wouldn’t believe! Just be prepared to get dusty at this rally. I had sand in my shoes for weeks, but it was worth it! I can still see the clouds of dust and the cars jumping in my head. And then, Pontus won yet again!

Will it be dust or mud? That’s always the question at Sardinia. This year, we had both! And the stunning race Jan gave us! Also, who would have believed that after driving a three-wheel-drive car for a while, O. C. would get back to second! The FABIA R5 is amazing, that’s for sure!

You’re a rally fan and haven’t been here? That’s somethingthat needs fixing! You won’t see jumps like this anywhere else. And the local fans, they arejust unbelievable! Maybe I should go and live in Finland, it really is the country of rallying! Even with no podium for ŠKODA Motorsport, I loved being there!

Maybe you don’t love wine, but you have to love the vineyard roads! The cars go soooo close to you, and really fast on that smooth tarmac. Don’t forget about the military area, the Baumholder. Cars go around you left, right, in front and behind you on the Panzerplatte! We were really biting our nails when Jan had a puncture, but it was great in the end. A double win!

Going somewhere you’ve never been before is always a joy! This one promised to a big surprise, and it turned out to be even more than that! First, you go to the Turkish Riviera – a great place to be, and smooth, fast roads around. Then, you have the mountains. Rocks everywhere, cars getting punctures all the time, all sorts of technical problems. It was dramatic, but it was great to watch. And another victory for Kopecký made it even sweeter!

You may not look forward to standing deep in the forest, in the rain. The local cuisine is weird. And I guess not everyone loves sheep. Still, this is something to watch! Fast roads in the moorland and on the coast, gravel tracks in the forest, and the British fans, who are just the best! And Kalle made it even better by winning just after his 18 birthday!

Have you ever seen the team change the car completely over from gravel to tarmac setting? You can only watch it in Spain! A fantastic spectacle! It’s like going to two rallies for the price of one. You have a gravel one on Friday and then a tarmac one for the rest of the weekend. And that donut in Barcelona? Fantastic. Of course, the best part was that we won the season and Kalle got another victory. We did 1-2-3!