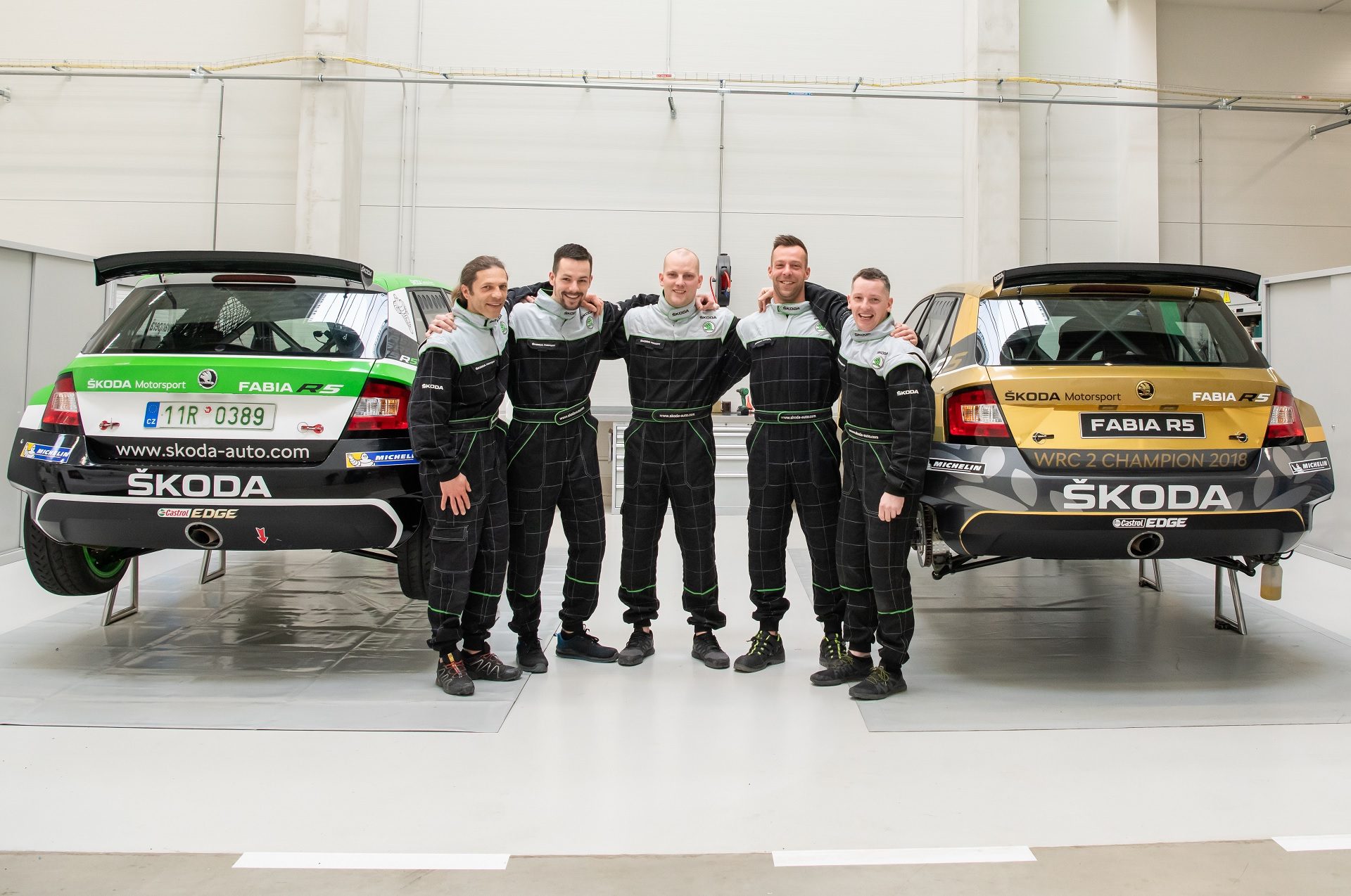 They are the unsung heroes of rallying. In the service park, ŠKODA Motorsport’s mechanics fight for seconds as fiercely as the drivers do during the rally stages. Read their thrilling stories from behind the scenes – these are the most dramatic moments of the last year’s season as seen by mechanics.

“It was really hot in Mexico and the engine also had to cope with higher temperatures. In such conditions, it’s not uncommon for the turbocharger gasket to burn through. The car loses power and, in a worst-case scenario, it can catch fire unless we fix it. As soon as we heard the sound the engine was making when the car came in for the service, we knew that the turbocharger gasket would probably need replacing. The technicians confirmed our suspicions after crunching the data. The turbocharger would probably have held up a bit longer, but the car still had to get through the whole afternoon. Usually, this is a five-minute replacement job, but things got complicated and suddenly we were facing three times that. The heated screws got stuck and we couldn’t get them back in. A trivial job turned into a drama. We were on edge and nervousness robs you of strength. To make things worse, my hands had been above my head for so long that the blood wasn’t circulating and I my hands started to become numb. I was so thirsty I couldn’t even talk, but we made it.”

Changing the gearbox in 10 minutes

“In the morning, the technicians came to us, saying that they weren’t happy with how the gearbox was working and that we needed to replace it. The problem was that we had just a 15-minute service stop, which in reality means about 10 minutes of time for real work. That isn’t much time at all – you need to jack the car up, remove the engine cover and the axle, loosen the steering rack, then the engine specialist has to unscrew the gearbox from above, and out go all the screws and the wiring. And then you have to put everything back faultlessly. It was quite hectic, but we made it. I’ve been in rallying for 10 years and it’s never happened to us that we didn’t complete something on time.”

“Just a while before the service, an unplanned decision was made to repair the fuel system. The trouble is that whenever you work on something that has anything to do with fuel, no one else can work on the car for safety reasons, as per FIA rules. The other mechanics can only look on or hand you the tools. You are not even allowed to use electric tools. Everything is done by hand – you can’t make your work easier in any way and everything depends on your strength and speed. The other mechanics are under pressure as well. There are lot of things to be done on the car, but you have to spend 15 or 20 minutes just hanging around, waiting, while the clock is ticking.”

Extreme stress on the car in Turkey

“The Rally Turkey was extremely challenging. The roads were really rough and the cars were under a lot of stress. It was more like a proving ground for tanks than a rally track. At every service stop, there was much more wear and tear on the car than at any other rally during the season. It was especially hard on the chassis. The suspension arms and all the other components had to endure severe jolts from the rocks. In these situations, you need to look for the tiniest cracks really closely and to check thoroughly if anything is loose anywhere. It’s also important to clean the car really well, so you don’t overlook anything important.”

“In Mexico, Kalle Rovanperä had a hard landing after one of the jumps and a rock hit the engine cover really hard. It even cracked the gearbox. We had to replace it, and a new oil sump was needed as well. Still, it didn’t look so bad at first. Then, just moments before the end of the service, we found out that we couldn’t put the engine cover back – the chassis was deformed by the impact. That was stressful. We thought we were done and suddenly we had to solve a huge problem. At times like those, you work like a robot. But in the end, we made it.”

Read the whole story with more details at ŠKODA Storyboard.