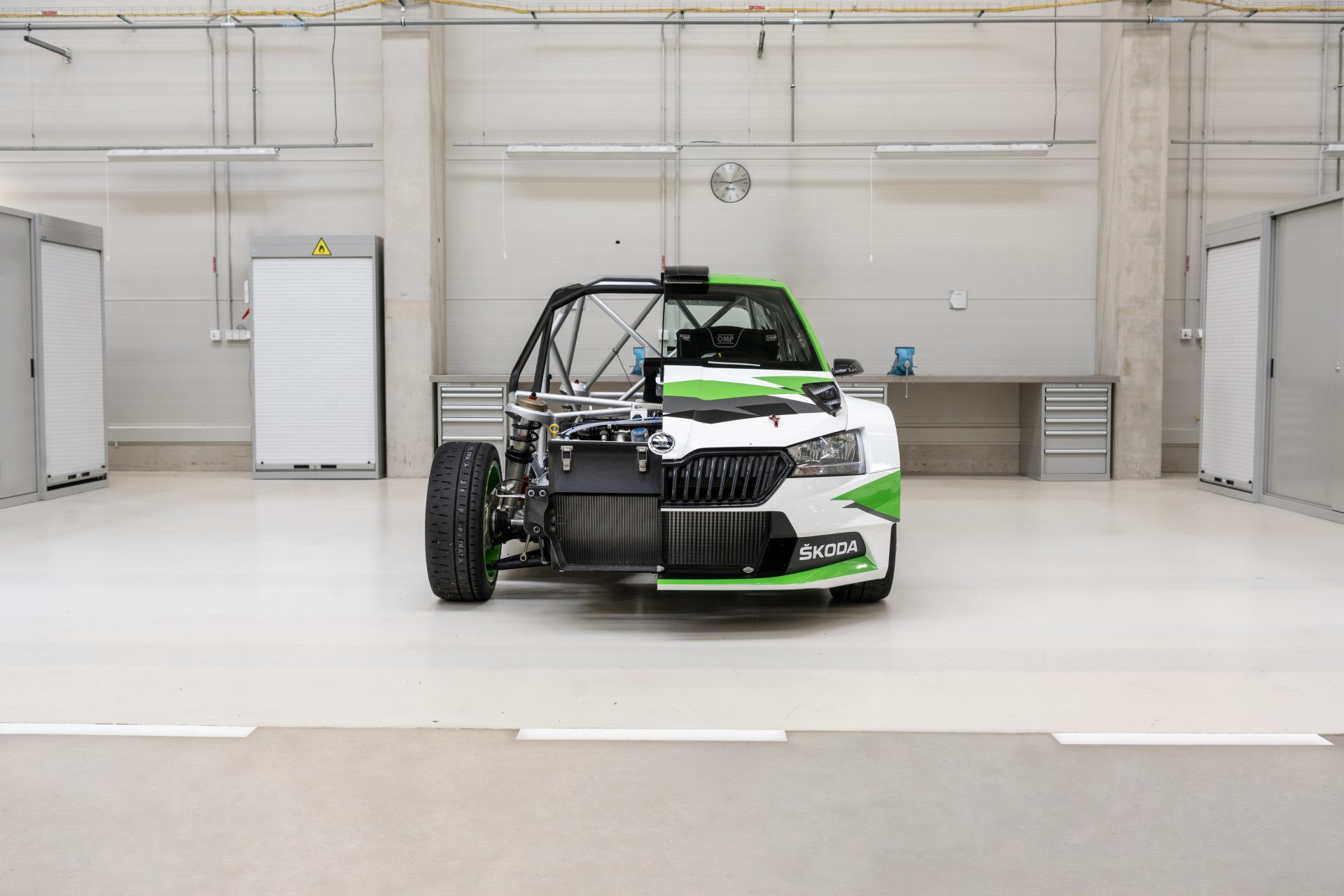 A look inside the race car

In addition to the production of racing cars, another interesting project was also being developed in the ŠKODA Motorsport workshops last year. During several months of preparation, the technicians created a precise cross-section of the FABIA Rally2 evo, which shows the construction of the race car in great detail. How does the new skeleton differ from the previous one or how complicated was its preparation? We asked Pierre Litvak, who was involved in the development of the new skeleton.

How is the new skeleton different from the previous one?
The basic concept was of course based on the previous skeleton. For the new project, we wanted to reveal the technology in the ŠKODA Fabia Rally2 evo as much as possible, but at the same time to add something extra and surprise our fans. Since we had one body that could no longer be used for further development tests after rigidity tests and would otherwise have to be scrapped, it was decided that a skeleton from the entire car, not just the powertrain as it was the case with the previous version, will be created. This is a major change.

How difficult was it to prepare the new project?
The preparation of the project was surprisingly not too difficult. The biggest challenge was to build essentially the whole car, but at a significantly lower costs than building the new FABIA Rally2 evo, so that we could invest the money saved in the development of a sharp competition car.

Did you work with real racing parts or did you model some components specifically for the skeleton?
The vast majority of the parts used is the same as in a real race car. However, in order to minimize waste, we tried to select such parts that could not be installed in customer ŠKODA FABIA Rally2 evo cars for quality or other reasons. In the event of us not having such a part available or it not being easily adapted from a technical point of view, a new part was used, which happened, for example, with the exhaust or windows.

Which part of the car was the most challenging to cut?
Historically, we knew from the previous skeleton that cutting a wheel disc is problematic. In the end, it worked out great as the entire wheel assembly was cut at once, including the brake and wheel head, and the result looks great. In addition, thanks to the special cutting technique, we managed to preserve the integrity of the wheel head, which can be replaced with a standard wheel and the whole skeleton can be pushed off and moved to the desired event more easily.

What do you see as the main benefit of the race car cut?
I think the main benefit of the skeleton is the very visual demonstration of the technology used in the competition car and the opportunity to compare it with production models. We hope that the skeleton will help people to relate to motorsport and show the advanced technical solutions that the ŠKODA Motorsport team has available at the factory.