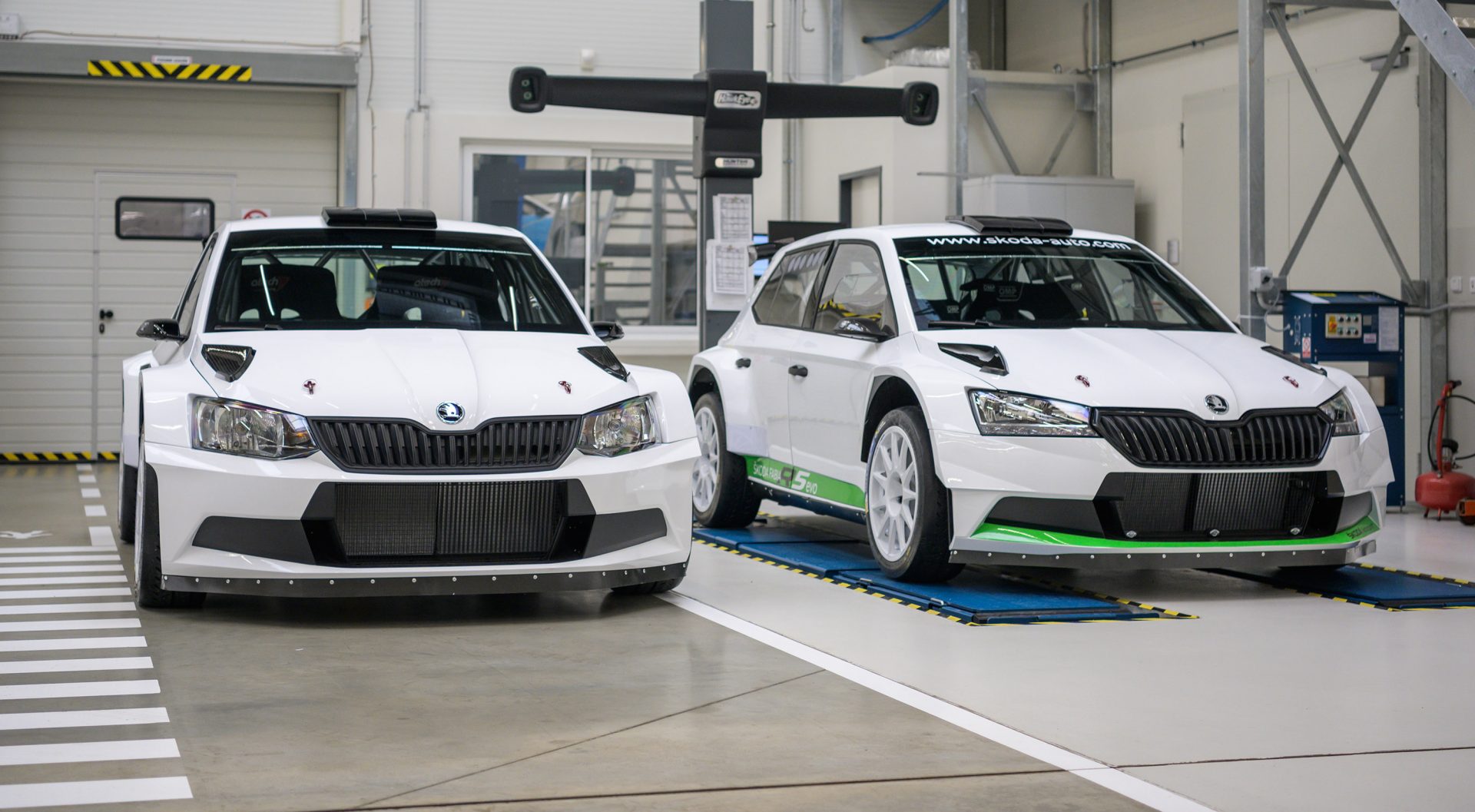 The ŠKODA FABIA R5 has added another significant success to its career. This time, it is not claiming victory in some world-renowned rally, but reaching the threshold of 300 sales. This means that ŠKODA now account for a whopping 34 percent of all R5 rallycar sales. Selling the 300th car is not only an important milestone in ŠKODA Motorsport history, but also a testimonial to the many successes achieved together with customer teams. Overall, 123 teams have chosen the FABIA R5 or the FABIA R5 evo rallycars, and there’s hardly a weekend goes by without one of them winning a rally.

Since the very beginning, the Czech engineers sought to develop an affordable, fast and above all reliable rally car. Great results even on the toughest rallies of the world are proof that their goal was achieved. The reputation of ŠKODA’s rally cars quickly spread far beyond the borders of the Czech Republic, where the FABIA R5 entered its first rally in the spring of 2015.

In April 2015, the Austrian team BRR became the first private customer, taking delivery of production cars number 2 and 3. Chassis number 1 was a factory test car, used for final development before homologation. Another two cars were made during the first month’s production. One races in Japan and the other even further away, in New Zealand – almost 18,000 kilometres from the ŠKODA Motorsport headquarters in Plazy.

The ŠKODA FABIA R5 soon became a rallying globetrotter. In the 5,937 stages it entered in 63 countries of the world, it took 2,108 podium finishes and 930 victories in the R5 category. This means almost four victories per weekend on average. Since 2016, the ŠKODA FABIA R5 is by far the best selling and most successful R5 rally car.

These successes allowed for significant expansion and modernization of the ŠKODA Motorsport facilities, increasing the production capacities and, importantly, expanding the factory support for customer rally teams. The high level of interest from drivers and teams was a great motivator in the development of the revamped ŠKODA FABIA R5 evo version. Its planned production for the year ahead was sold almost immediately. The positive reactions of the first owners and drivers are good indications that the new car will be as successful as its predecessor.

Congratulations to the Printsport Oy team from Finland for taking delivery of the 300th ŠKODA FABIA R5 customer car. We wish them great times - and a lot of champagne on the podium!