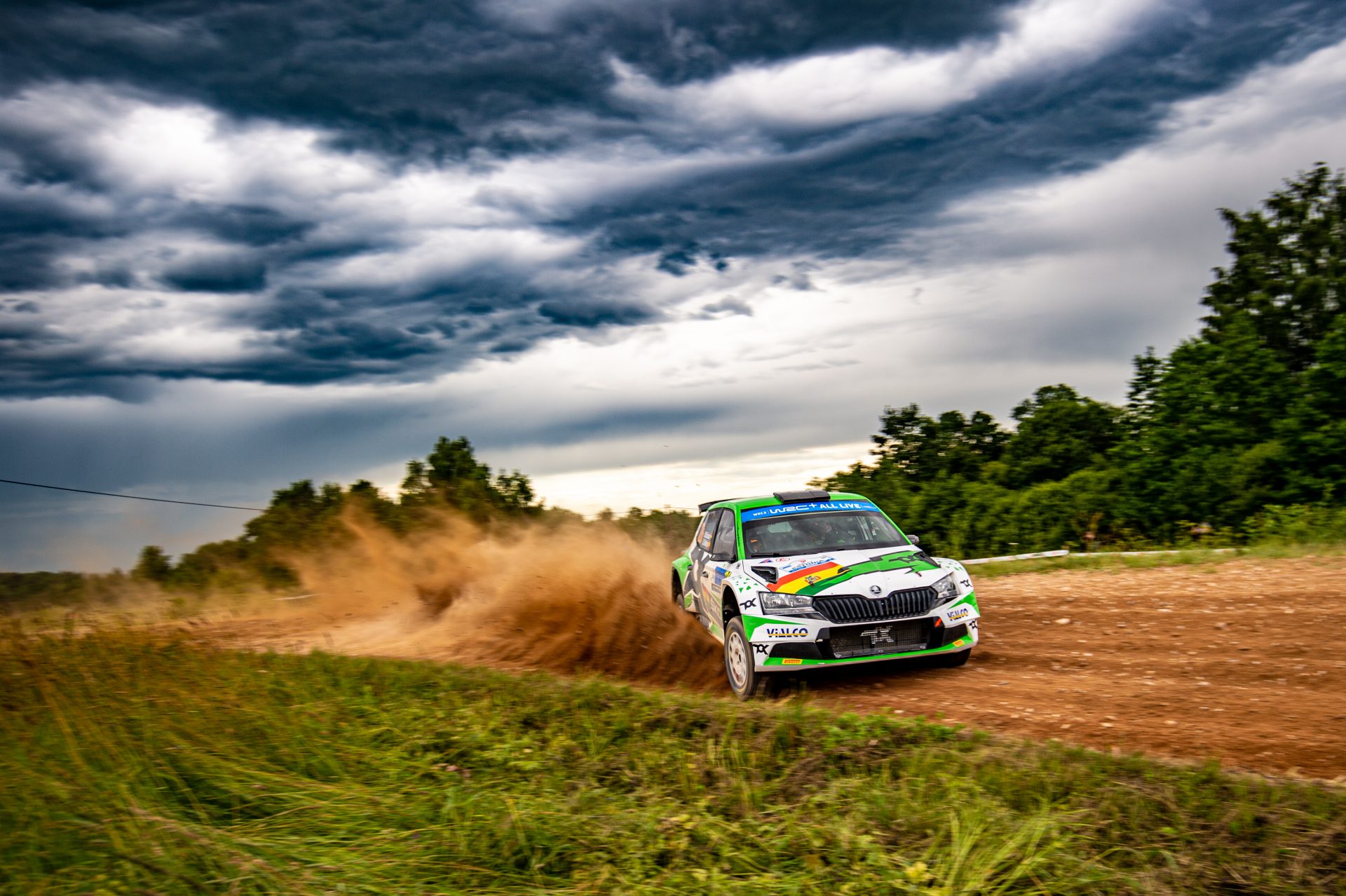 Mladá Boleslav, 7 September 2022 – For current WRC2 standings leader Andreas Mikkelsen (ŠKODA FABIA Rally2 evo), it's all or nothing at Acropolis Rally Greece (8-11 September 2022). The tenth round of the FIA World Rally Championship is Mikkelsen’s seventh start of the season. The defending WRC2 champion needs another victory to extend his category lead.

With the season already deep into its second half, the situation at the top of the WRC2 standings gets complex. According to the rules, all drivers can collect points at not more than seven rallies. Only the best six results count. After nine of 13 WRC rounds Andreas Mikkelsen of ŠKODA Motorsport supported team Toksport WRT leads the championship. But he has already done six events, winning three of them. Acropolis Rally Greece is his last chance to top up his points tally. For his mandatory result to be deducted Mikkelsen can choose between two retirements.

Coming to Athens, Frenchman Yohan Rossel (Citroën C3 Rally2) trails Mikkelsen by 20 points. His advantage: He has one more rally left, where he can score. Third placed Kajetan Kajetanowicz (ŠKODA FABIA Rally2 evo) from Poland and fourth placed Finn Emil Lindholm (ŠKODA FABIA Rally2 evo) each stand at four events only. While Lindholm completes his fifth rally of the season in Greece, Kajetanowicz is absent and could theoretically score on all three remaining WRC events.

In 2021, Acropolis Rally Greece made a return to the world championship after a seven years break. Andreas Mikkelsen not only won the WRC2 classification. He also laid the foundation for winning the WRC2 Drivers’ title at the end of the season. “I definitely want to build on last year's success to keep my title chances alive. I’m really optimistic: My ŠKODA FABIA Rally2 evo is extremely reliable and feels at home on rough gravel tracks. That’s exactly what I need for the demanding Greek stages,” emphasizes Mikkelsen. As usual, he is sharing the Toksport WRT run ŠKODA with fellow Norwegian Torstein Eriksen.

In the WRC2 Junior class for drivers up to 30 years of age, ŠKODA drivers occupy the top four positions in the overall rankings. Chris Ingram from England leads WRT Toksport teammate Emil Lindholm from Finland. Nikolay Gryazin follows in third with ORLEN Team driver Miko Marczyk from Poland in fourth. In the duel with Ingram, Lindholm is not only looking to regain the WRC2 Junior overall lead. With a strong result from Acropolis Rally Greece, the reigning Finnish champion would even stay in the fight for the WRC2 Drivers’ title.

In the WRC2 Masters class for drivers aged 50 and over, overall leader Mauro Miele and co-driver Luca Beltrame are back in action with the ŠKODA FABIA Rally2 evo of team Dream One Racing. The Italians have to face fourth-placed German Armin Kremer and Dakar-Rally-winning navigator Timo Gottschalk, who share a ŠKODA FABIA Rally2 evo of team Baumschlager Rallye&Racing.

With 24 crews among the 39 entries in RC2 class, ŠKODA is by far the most popular brand at the “EKO Acropolis Rally of Gods”, as the tenth WRC round is officially known. The itinerary offers 15 rough gravel stages and one asphalt test, together covering a total of 303.30 kilometres. The rally starts on Thursday (8 September) at 8:08 pm local time with a show stage at the Athens Olympic Stadium. The podium ceremony is scheduled for Sunday afternoon (11 September) not far from the service park in Lamia.

...the Acropolis Rally Greece returned last year as a round of the FIA World Rally Championship after a break since 2013?

... that the Acropolis Rally Greece with its winding and rough gravel roads as well as high temperatures is one of the WRC’s toughest challenges for man and machine?

...for the first time since 2006, Acropolis Rally Greece starts with a spectacular asphalt special stage, which in parts runs through the Athens Olympic Stadium?