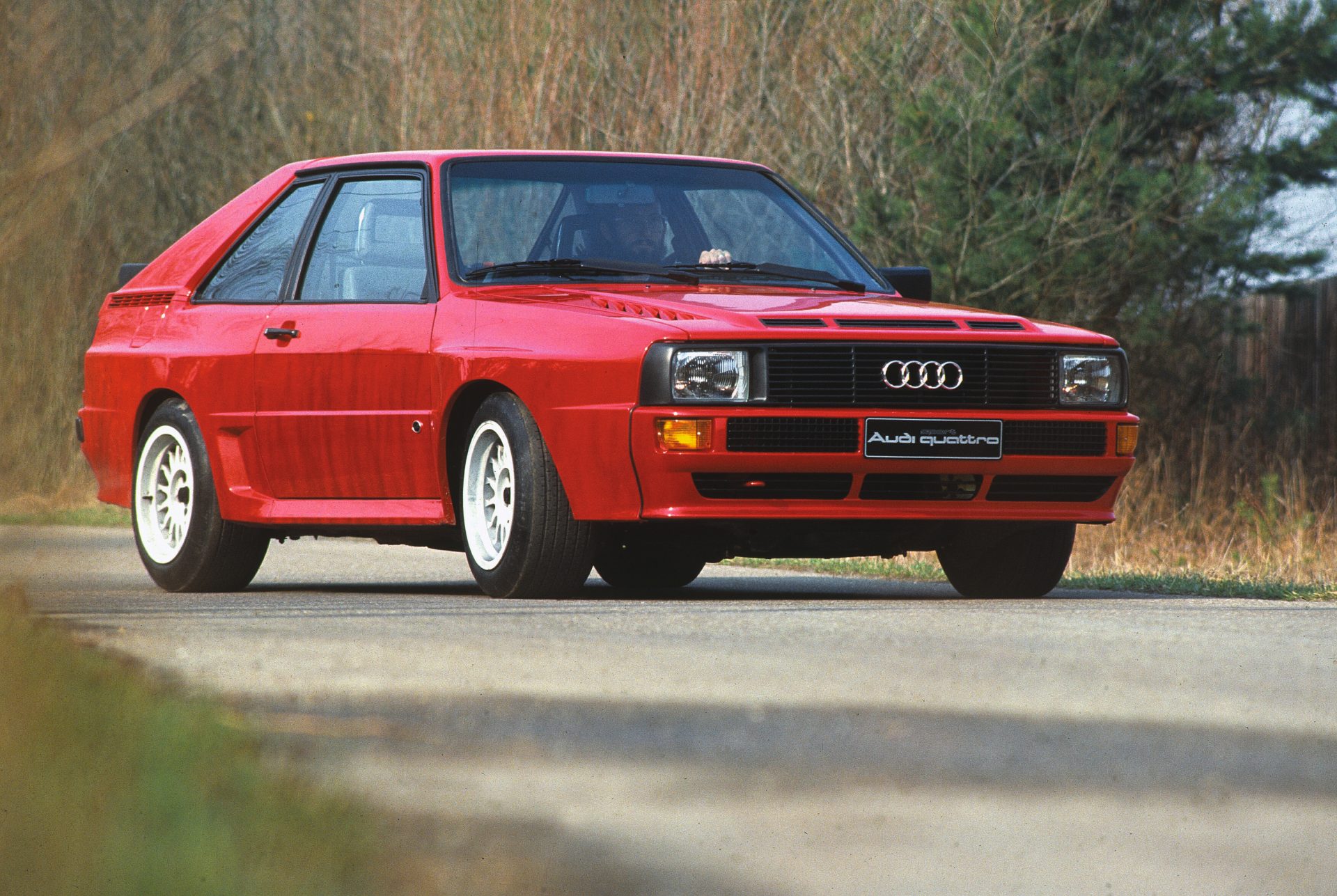 In order to go rallying with its Group B legend, the Sport Quattro, Audi had to build a version for the road as well. The result was a hand-built beast that shamed most supercars of the day.

While today’s rally cars are based on production models, we can’t really say that they have much in common when it comes to mechanics. In most cases, you can’t even buy the model in question with a four-wheel drive or with the same engine displacement as the rally version.

In the 1980s, things were a bit different. While the monsters that raged in the Group B were vastly different from the ordinary cars that average people could buy, they still had to have a production version. The thing was, however, that manufacturers only had to make 200 of them for homologation, and this allowed them to create monsters.

One of them was the Audi Sport Quattro. After the original version, known as “Ur-Quattro”, proved itself capable but prone to understeer due to the heavy engine and long front overhang, the engineers from Ingolstadt came up with an ingenious solution. They decided to hack just 32 centimetres from the car’s wheelbase and create a unique, more nimble machine.

Obviously, they had to make some for the road as well. Thus, a limited run of 224 Sport Quattros were produced. The cars represented the pinnacle of automotive engineering at the time. Some parts of the body, like the bonnet, wings or the roof, were made of Kevlar. The engine was a five-cylinder with four valves per cylinder, an aluminium block and a massive KKK turbocharged. In street form, it was said to deliver a little over 300 horsepower. In race-tuned form, it was more than 450 hp.

The Sport Quattro, sporting an eye-watering pricetag of 203.500 DM – enough to buy two Porsche 911 Turbos at the time – was certainly not a car for the average driver. Designed to become a weapon for brave drivers like Michele Mouton, the street version was a scary monster not really suited for daily driving.

Of around 130 – 160 Sport Quattros that were sold to the public (the rest were kept by the factory for racing), many were used by independent rally or racing teams, while others usually ended up in the garages of wealthy rallying enthusiasts.

Today, they are hardly ever used for racing, save for special classic car events. While they are still plenty fast enough, they can’t hold a candle to the modern rally cars, even ones from the lower WRC2 class (like our very own FABIA R5) – and what’s maybe even more important, they are way too valuable to be risked.

Like the one that’s currently for sale in Berlin. With more than 71 thousand kilometres on the clock, it is probably one of the more heavily used examples of its kind. The presence of a car phone on the dashboard even suggests that someone may have used it as a daily driver for some time.

As is usual with Sport Quattros, the aluminium engine block was replaced (at 32 thousand kilometres) with an iron one, but other than that, the car looks perfectly original and in wonderful shape.

Feeling like Michele Mouton or Walter Röhrl comes at a steep price, though. While you could buy two 911 Turbos for the price of one Sport Quattro when new, it would have been a bad investment if you did. Today, the fast Audi, with 475.000 EUR price tag, is worth about four times more than a nicely preserved 911 Turbo from 1980s.

It seems you can put a price tag on legends, after all.