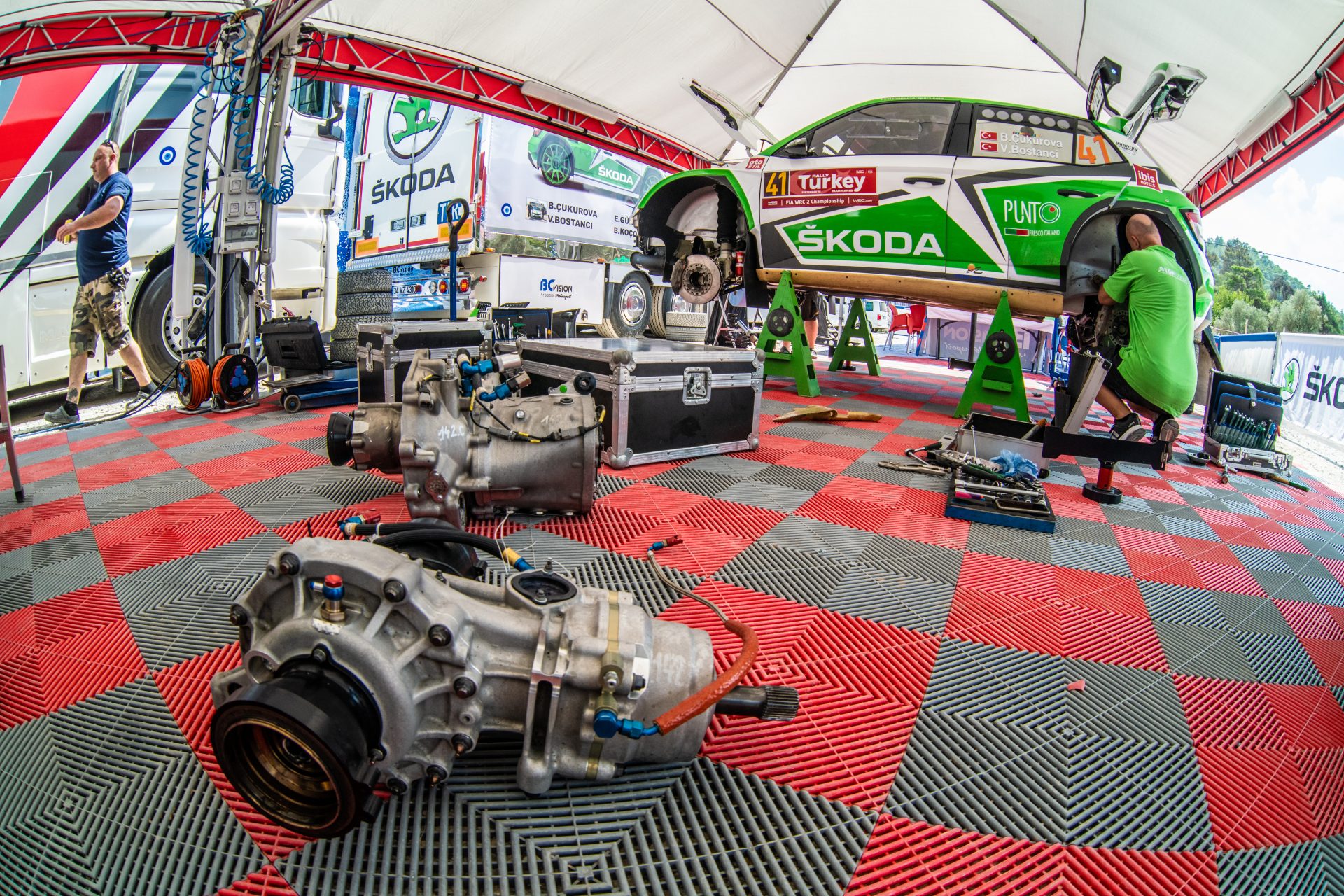 Cars are, quite obviously, very important in rallying – and so are the rules that define their specifications. They are in place for several reasons, from safety to limiting costs and ensuring fair competition. Of course, there can’t be just one set of rules that would fit all. The needs and possibilities of a beginning rally driver with a private car are vastly different to those of a works team, representing a car manufacturer. That’s why World Rally Championship has several categories that cater to all those needs.

For a budding rally fan, all those categories can be a bit confusing, so let’s take a quick look at all of them.

The kings among rally cars are those of RC1 technical class, commonly refered to as “World Rally Cars”. They are the fastest, most powerful and of course most expensive of them all. They are four-wheel drive, with active centre differential and six-speed, paddle-shifted sequential gearbox. The engines are limited to 1.6 litre of displacement and their cylinder block and head have to be based on production car. To limit their power, the intake is fitted with 36 mm restrictor – but even so, they are able to produce around 380 PS, which allows them to go from 0 to 60 seconds in less than 4 seconds and reach speeds of over 200 km/h.

Due to their massive costs, these cars are mostly limited to factory teams, as only a handful of privateers can afford them. They also usually don’t run in lesser championships like ERC (European Rally Championship) or national championships.

The other four-wheel-drive category, WRC 2, is where things start to get a little more complicated. While the top WRC class includes just one specification, the RC2 class is open to cars built to one of four sets of rules.

For us, the most important is of course the R5, which is the latest, fastest and more powerful class in WRC 2. Most cars in top positions are R5s, among them, of course, the ŠKODA FABIA R5 which currently dominates the category.

R5 cars are powered by 1.6-litre turbocharged engine, like “big” WRCs, but they use smaller restrictor (32 mm) and less modifications are allowed, so the power output is somewhere under 300 PS. Another limitation is the price cap of 190,000 Euros per car.

Also allowed are older S2000 cars with a 1.6-litre turbocharged engine with a 30 mm restrictor or 2.0-litre normally aspirated unit, Regional Rally Cars, which are similar to WRC but with smaller restrictors, and R4s, also known as “production rally cars” – these are cheaper, less modified alternatives to R5, and they run their own Production Car Cup.

Limited to two-wheel drive cars, the WRC 3 is even cheaper and more accessible than WRC 2, making it a great starting point for young talents and smaller teams. Primary category is R3, which allows 1.6-litre turbocharged or 2.0-litre normally aspirated engines and the cars use six-speed sequential transmission. Also eligible are smaller R2 cars, as well as much older Super 1600 or two-wheel drive Group A cars.