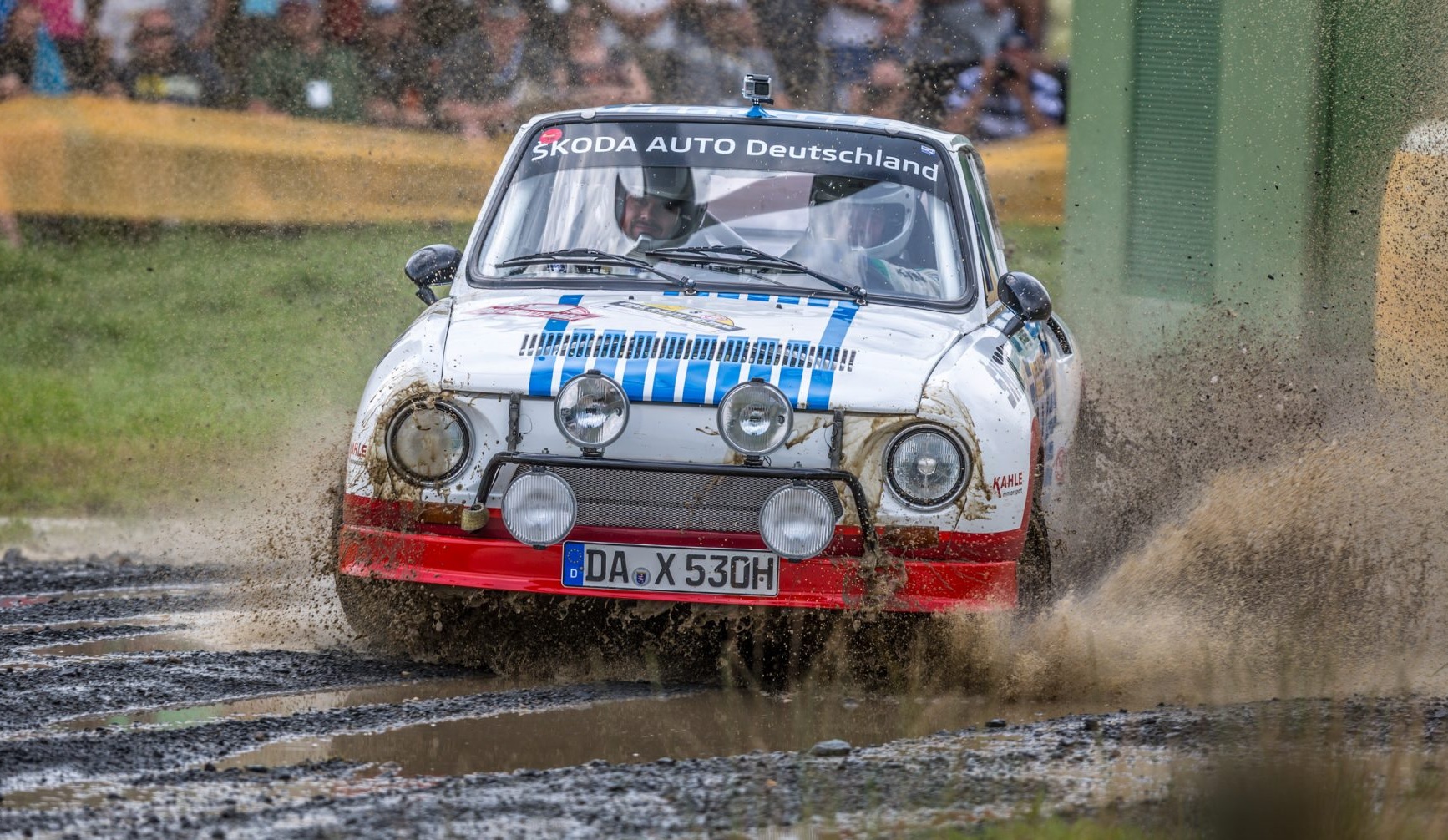 In the 1970s, 1980s and 1990s, those rally cars with the winged arrow didn’t exactly impress anyone with their size or power. Being weaker on paper didn’t prevent them from giving a hard time to much stronger competition, however, and they often beat cars that should have been far ahead of them. That’s what the “Surprising ŠKODA” claim on the upper edge of the windshield of the legendary ŠKODA 130 LR was all about. Today, we’ll take a closer look at the legendary 130 RS. Angus Frazer from the Petrolicious magazine took a ride in it on the wet tarmac of the Eiffel Rally Festival tracks and wrote a story about his experience.

A Legend Behind the Wheel of a Legend

When you first see it in the line of rallycars waiting for the start, you realize how small and stylish it is. It sits quite low on its small-diameter wheels, and lacks aggressive details like the bulging fenders of the Ford Escort Mk II or the brutal aerodynamics of the terrifying Group B monsters. From the outside, it looks very friendly and civil.

If you look closer, something else that will catch your attention: the seven golden stars next to the driver’s name on the rear-side window of the 130 RS. They are there to symbolize the number of times Matthias Kahle won the German Rally Chapmionship. Four of those victories were achieved behind the wheel of ŠKODA cars – two times with the OCTAVIA WRC and one title each with the FABIA WRC and the FABIA S2000. You can read more about Matthias Kahle and his rallying career in an article we wrote about him some time ago.

Matthias is a true racer at heart, so he enjoys a hard rallying pace – even behind the wheel of his 40 year-old ŠKODA at historic rally festivals. It wasn’t any different this time. Drivers starting in front of him would soon notice the characteristic red, blue and white nose in their rearview mirrors, eating the stage at an undreamed-of pace. It doesn’t matter whether the competition takes place on tarmac or on gravel; or in heavy rain, like this time in Eiffel mountains. Matthias and his tiny ŠKODA 130 RS are perfectly in tune under any conditions.

As soon as the track marshal waves it to the stage, the little ŠKODA charges forward with a vigour you wouldn’t expect from an old, 8-valve engine with 1.3 litres of displacement and 134 horsepower. The great acceleration is due to the car’s low weight, less than 900 kilograms – there wouldn’t be much point in having a bigger engine. The word “Fun” on the handbrake is there for a good reason: he selects gravel tyres even for the wet tracks, saying that he does it to make the drive more “attractive”. Also, with less grip, the car’s components are less strained.

The stars don’t lie. This chap is a true rally champion. He has a couple of modern rallycars in his garage as well, but his attachment to the little 130 RS is almost touching. Read the whole story with more details and photographs from Simon Childs in the Petrolicious.com magazine.