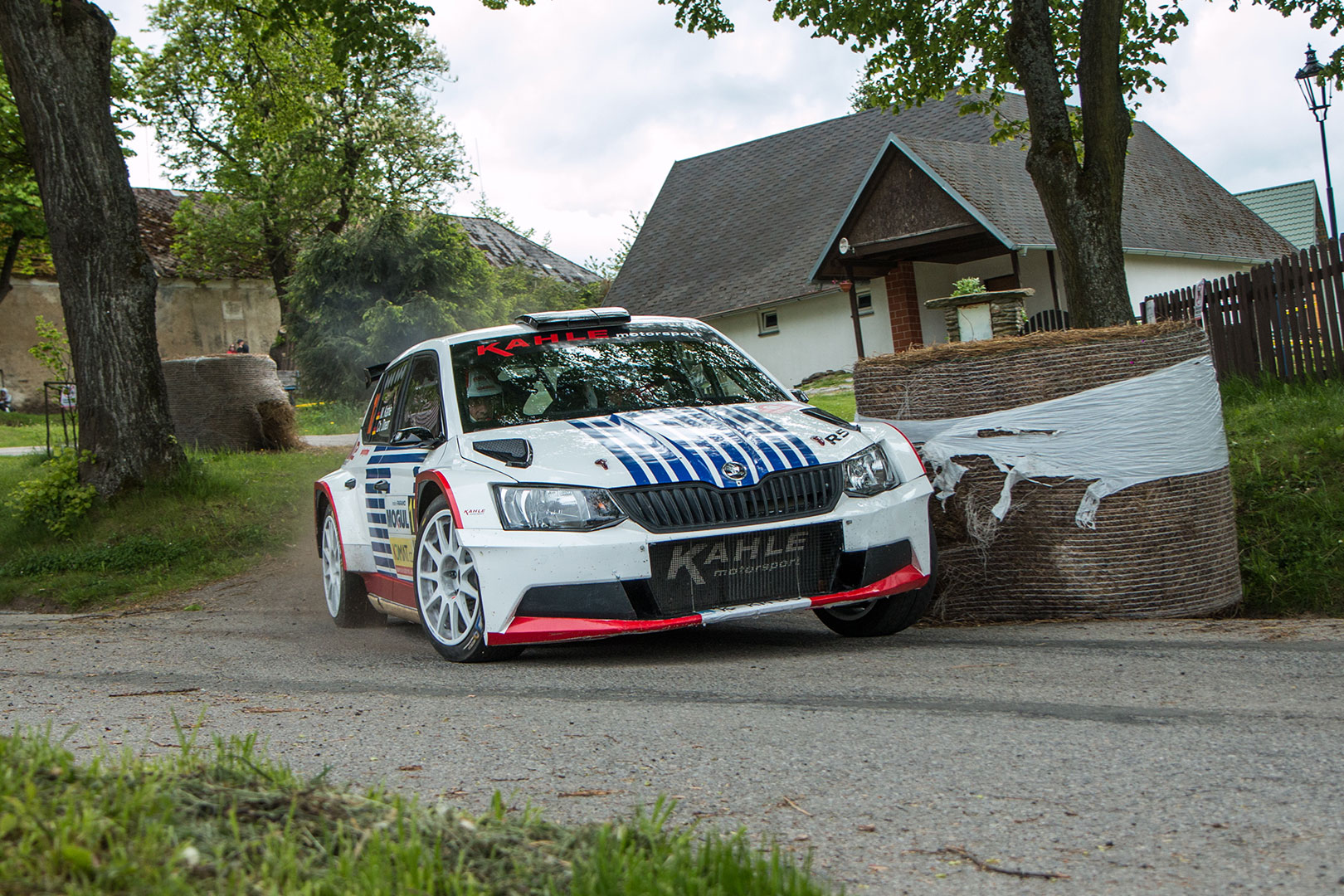 Like many racing drivers, Matthias Kahle found his calling early in his life. Even before he was of legal driving age, Kahle started driving on the country roads around his hometown of Görlitz, where he was born in 1969. His vehicle of choice? A typical car for his home country at the time. No, not a Volkswagen or even a Porsche. That’s the other Germany. Living in the eastern part of the country, he had to make do with his grandfather’s Trabant – two-stroke people’s car with bodywork made of a recycled cotton waste.

Soon, though, things changed. In 1990, the Berlin Wall fell and Western cars started to flow into the East Germany. Matthias started driving professionally – that is, driving a truck – and after a couple of years, he was able to afford to get into the rallying with a Peugeot 205 GTI. That happened in 1993 and just a year after that, he switched to Clio Williams and became German amateur rally champion in 1994.

He kept on rallying with his trusty Renault for another year, before he got noticed by the Toyota factory team. He got a ride in the works team Celica GT-Four, which he immediately took to the sixth place in the German Rally Championship. That was only a start, though. The next year, Kahle won the national championship for the first time.

For the next year, 1998, Matthias Kahle moved to Toyota Corolla WRC and with three first places, he managed to score second in the German Rally Championship. He stayed with Toyota for another year, driving the same car, but this time without any exceptional success.

The next big thing came in 2000, when he switched to Seat factory team and with used the Cordoba WRC to win four rallies and score his second national title – a feat he repeated the next year, with victories in seven German Championship events.

He only spent two years with Seat, though, before he moved on to the brand that was to dominate the rest of his career – ŠKODA. Right after he became part of the ŠKODA AUTO DEUTSCHLAND rallye team, he won another German title with OCTAVIA WRC in the 2002 season. The next year, he took the big ŠKODA to the second place in the national championship before coming back to the top in 2004.

For 2005, he replaced the OCTAVIA WRC with its brand new smaller brother, the FABIA WRC. Once again, he won the German title, a success he repeated in 2006 by winning the Deutsche Rallye Challenge series, again with FABIA WRC.

In the next couple of years, ŠKODA took some time off from rallying and Matthias Kahle had to find a ride somewhere else. He ended up competing in German Rally Championship with a Porsche 911 GT3 entered by his own new team, Kahle Motorsport, in 2008 and 2009.

Then, ŠKODA came back to rallying and Kahle once again took place behind its steering wheel. This time, his car was the new FABIA S2000, which he took to yet another national history in Germany – his seventh and the last.

Throughout the years, Matthias Kahle also competed in various other motorsport events. In 2004, he tasted the famous Dakar Rally for the first time and later he became a works driver for Volkswagen Motorsport with their Race Touareg. He took four top 20 finishes at Dakar (2009, 2010, 2011, 2013), including two class victories. Besides Dakar, he tried other rally raids and also raced in American Baja series with buggies, driving for All German Motorsport team.

His relationship with ŠKODA was far from over after his last national victory in 2010, though. He continued entering a FABIA S2000 and OCTAVIA WRC in various rallies around Europe throughout 2011, 2012 and 2013. Since 2015, his team Kahle Motorsport is using a new FABIA R5, which Kahle himself took to the first place in Lausitz Rallye 2016. Lately, though, he is most associated with classic ŠKODA cars.

He has been rallying with classic cars for quite some time, even winning Avd-Histo-Monte, the retro equivalent of the famous Rallye Monte Carlo, twice in 2008 and 2009. Since then, he regularly takes various historic ŠKODA cars to rallies all over Europe. His favourite car, and the one he takes to rallies most often, is the 130 RS – nicknamed “The Porsche of the East” in its heyday, a fitting car for a man with ample experience with both the East and Porsches.

The 130 RS and Matthias Kahle are an unmistakable pair – the German Rally Champion certainly doesn’t seem to mind the fact that the rear-engined ŠKODA is now more than 40 years old and often drives is in spectacularly sideways fashion.

Read more about the preparation of Kahle’s classic cars in this article at ŠKODA Storyboard!