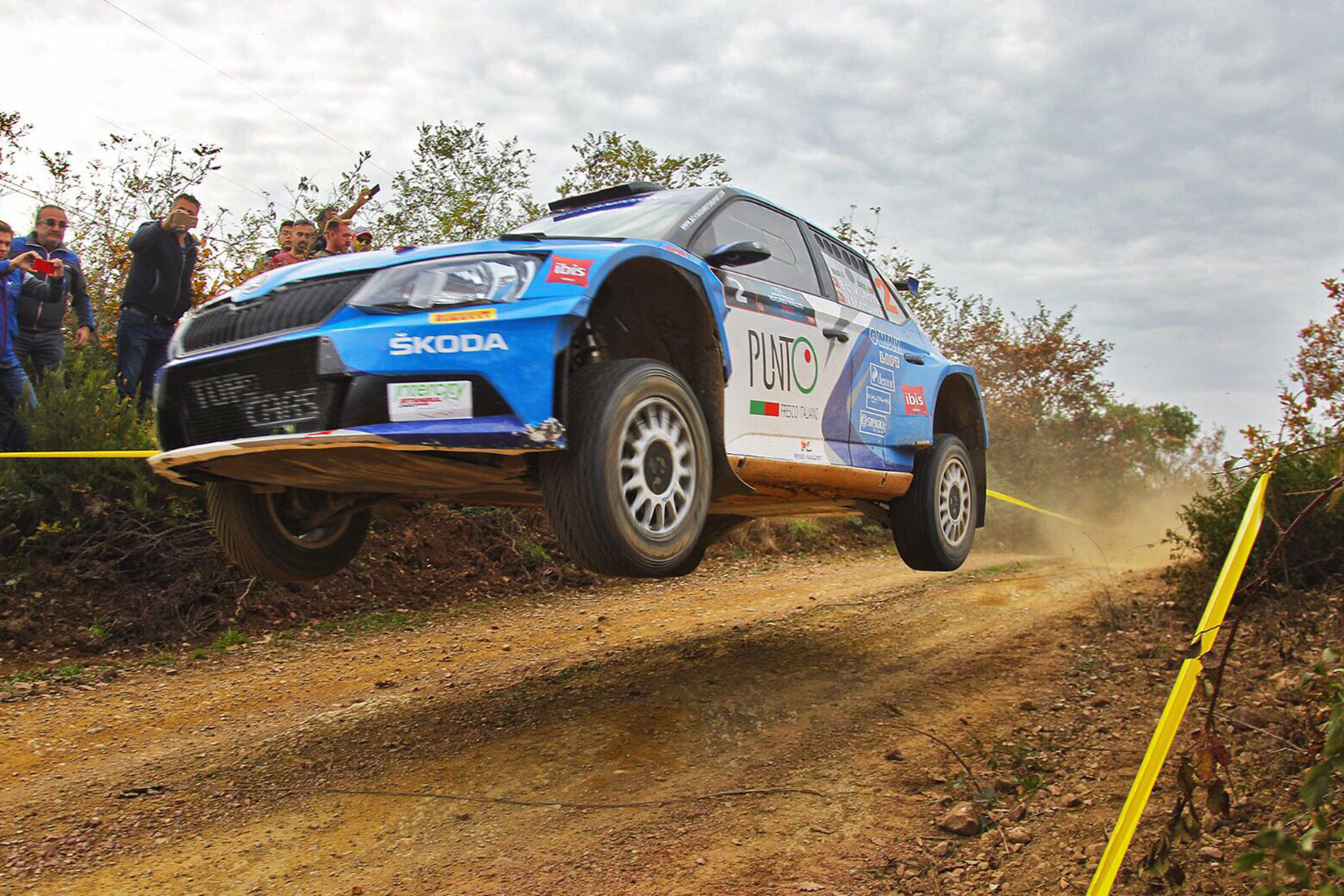 Burak Çukurova: How Persistence Paid off – Thanks to the FABIA R5 | Customer Teams

Turkey’s relationship with international rallying is a complicated one. After the Anatolian Rally was created in 2000, it took until 2003 for it to get onto the WRC schedules. It was then dropped in 2007 and again in 2011. This season, the WRC is back in Turkey, with the Marmaris Rally now stepping up to replace the Rally Poland in the schedules.

Domestic rallying, however, in Turkey has a long history, and Burak Çukurova is one of the most experienced drivers on the circuit. Çukurova is a 40-year old manager with two kids, and hobbies including chess and ping-pong.

In his spare time, he is also a committed rally driver, and has been for almost 20 years. Yet, despite a long and illustrious rallying record, it was not until 2017, with a switch to a ŠKODA FABIA R5, that he finally secured his long sought-after maiden Turkish Rally Championship title.

Çukurova drove his first rally in 1999 and secured his first event victory at the Istanbul Rallisi in 2002. By that stage, he had already impressed sufficiently to have secured a drive with the Ford Rallyesport Turkey team.

In 2003, he finished in 9thplace at the Tofaş Rally Turkey, which was then a European Rally Championship event, and he made his debut in the WRC at the 2004 Rally of Turkey, where he placed a respectable 20thoverall.

Between 2006 and 2008, Çukurova drove a Fiat Palio S1600 and placed consistently in the top ten of most Turkish Rally Championship events, but without ever really getting close to the podium. Then, in 2009, a switch to a Mitsubishi Lancer Evo IX saw him rise rapidly towards the top of the standings, with no fewer than five podium finishes that season.

The following season, he took his first overall rally victory in eight years, as he won the Ege Rallisi on his way to second-place in the final championship standings.

Keen to build on his momentum, Çukurova took the plunge and switched to a ŠKODA car for the first time. Driving a FABIA S2000 for the Parkur Racing team alongside a new co-driver in Ünal Tezel, Çukurova tasted victory in his very first event, the Ege Rallisi again.

There was another win at the Yeşil Bursa Rallisi and three more podium finishes, but again the season ended in disappointment when he missed out on the Championship title by just 14 points.

For a while, it looked like that would be the high point of Çukurova’s rallying career. He drove one more season in a FABIA S2000, finishing 5thin the Championship, before returning to a Mitsubishi Lancer Evo.

As an amateur driver who was also holding down a full-time job, it seems that his passion for rallying began to wane. In 2015, Çukurova only drove four events all season.

Then the advent of R5 cars into rallying seemed to spark something in him. In 2016, Çukurova took the plunge and established his own BC Vision Motorsport team. Driving first a Peugeot 208 T16 and later a Citroën DS3 R5, and with new co-driver Vedat Bostanci joining the team, he secured no fewer than five podium places, ending the season fourth in the Championship standings.

Perhaps the most important rally of this season was the Rally del Friuli Venezia Giulia in Italy. It was here that Çukurova found himself in a ŠKODA once more, as he steered a FABIA R5 to a 3rdplace finish.

It clearly had a big impact and, in 2017, he chose a FABIA R5, prepared by the Topp-Cars Rally Team and supported by ŠKODA Türkiye, for his latest assault on the Turkish Championship. It proved to be a wise decision.

Çukurova claimed the runners-up spot in each of the opening three rounds of the season, before claiming back-to-back wins for the first time in his career at the Yeşil Bursa Rallisi and the Istanbul Rallisi.

At the 2017 Marmaris Rally Turkey, a practice run for this seasons WRC event, he finished second again, this time behind another FABIA R5 driven by Orhan Avcioglu. That result was enough to clinch the first Championship title of his career, but Çukurova still signed off in style, with a win at the final round of the season, the Otosan Kocaeli Rallisi.

This season, Çukurova, is seeking to retain his title, and has made a consistent start. With the return of the World Rally Championship to Turkey, he will once again have the chance to test himself against the very best drivers in the world.

Even for a driver of his experience, that will be a hugely exciting opportunity. Given the success that the FABIA R5 has enjoyed in the WRC over the past few seasons, it would be foolish to rule out a driver of Çukurova’s experience ruffling a few feathers at the top of the leaderboard once again.