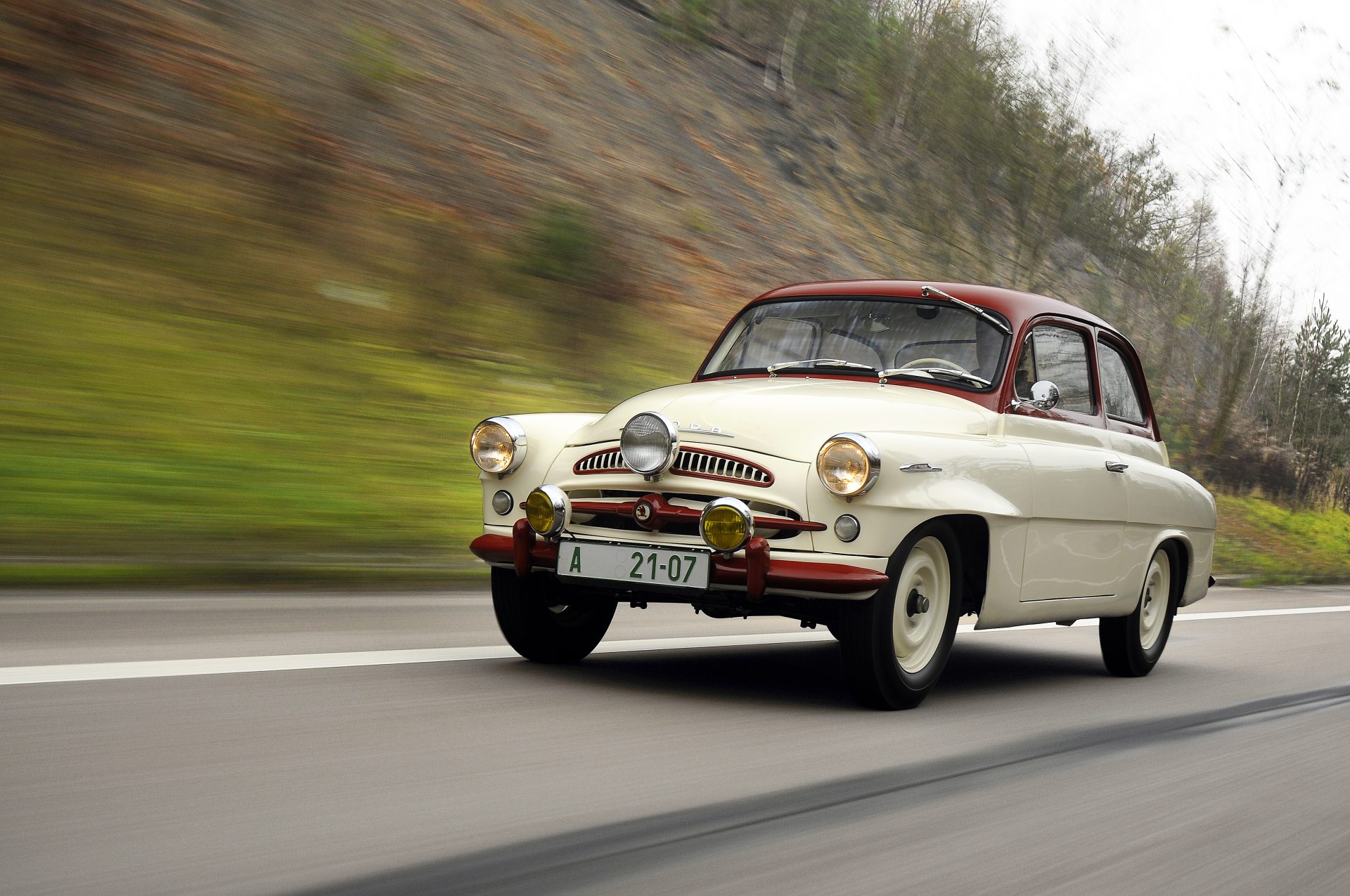 Why Are Czech Classic Cars Soaring in Value?

Classic cars from the former Czechoslovakia used to be just curiosities, but lately, they’ve started to gain real value among collectors. Why should you be interested in them?

Most classic car enthusiasts start with an interest in some of the famous brands from Germany, Britain or Italy. They fall in love with the sleek and elegant sportscars they know from movies and magazines. And a typical prospective investor in classic cars looks at things that way too.

There are, however, other, less well-known choices. Like classic cars from the former Czechoslovakia. Have you ever thought of buying an old ŠKODA or Tatra as an investment? No? Well, maybe you should. Let us explain why.

The Appeal of Unique Engineering

By the end of the 1960s, most car manufacturers had decided that the engine should be in front of the car, and during the next decade or so, the majority of them moved to front-wheel drive as well. ŠKODA kept its engine in the back until 1990.

It probably seemed a bit backwards at the time, but it also made these cars unique and fascinating to drive. With the rear engine, rear drive combination, they were similar to the sports cars of the 1950s and 1960s – most of them, to the first Porsches. And as cars like 130 RS and 130 LR werea successful both in rallying and circuit racing, ŠKODAs even have a sporting pedigree.

Add the attractive looks of coupe models like 1000MBX, 110R and RAPID into the mix and you get an interesting alternative to “mainstream” classic sports cars. And while today, classic ŠKODAs can still be found at affordable prices, they are rapidly getting expensive and the trend doesn’t seem to be stopping.

It’s a similar story with classic Tatras. These are much rarer and boast even more outlandish engineering, with their air-cooled V8 engines in the back and Batmobile-like design. The difference, though, is that Tatras are alreadyexpensive, and getting even more pricey – a nice example of a Tatra 603 or a first-generation 613 is roughly as expensive as an air-cooled Porsche 911, and the originals, like T77 or T87, are starting to run into hundreds of thousand euros.

There is, of course, more behind these vehicles’ soaring value. Besides being interesting from a technical standpoint, these cars, ubiquitous in Czechoslovakia for decades, are popular with local collectors.

As we explained in our last article about investment classic cars, a large part of their value is in memories. People tend to collect cars they remember from their youth – either the cars that their parents drove, or maybe the cars they always wanted and couldn’t get.

That’s the reason why rare versions of ŠKODAs, and almost all Tatras, have become so valuable lately. If you grew up in the Czechoslovakia of the 1970s or 1980s, chances are that at some point you longed to own a 110R or a RAPID. And now that you’re older, and you’re affluent enough to buy one, you are willing to pay a hefty price for one – often comparable to that of a new ŠKODA.

And race or rally cars like the 130 LR or 130 RS, even replicas, are still hotter. Their rarity, the memory of them achieving underdog successes on the international rally circuit, their interesting looks – this all makes them them sought after items for collectors.

What’s Going to Be Next?

While rear-engined ŠKODAs are already on their way up in value, and we can be confident that any passenger car that Tatra ever built will become expensive, we can only guess what will be next. Is it possible that for the generation that grew up in the 1990s, a first generation OCTAVIA RS will become a legend and a collector’s item? Or the first FABIA RS, one of the few diesel hot hatchbacks ever built?

Considering the enduring popularity of these cars, especially in their country of origin, we guess they will. But only time will tell which ŠKODAs will become the darlings of collectors and enthusiasts.