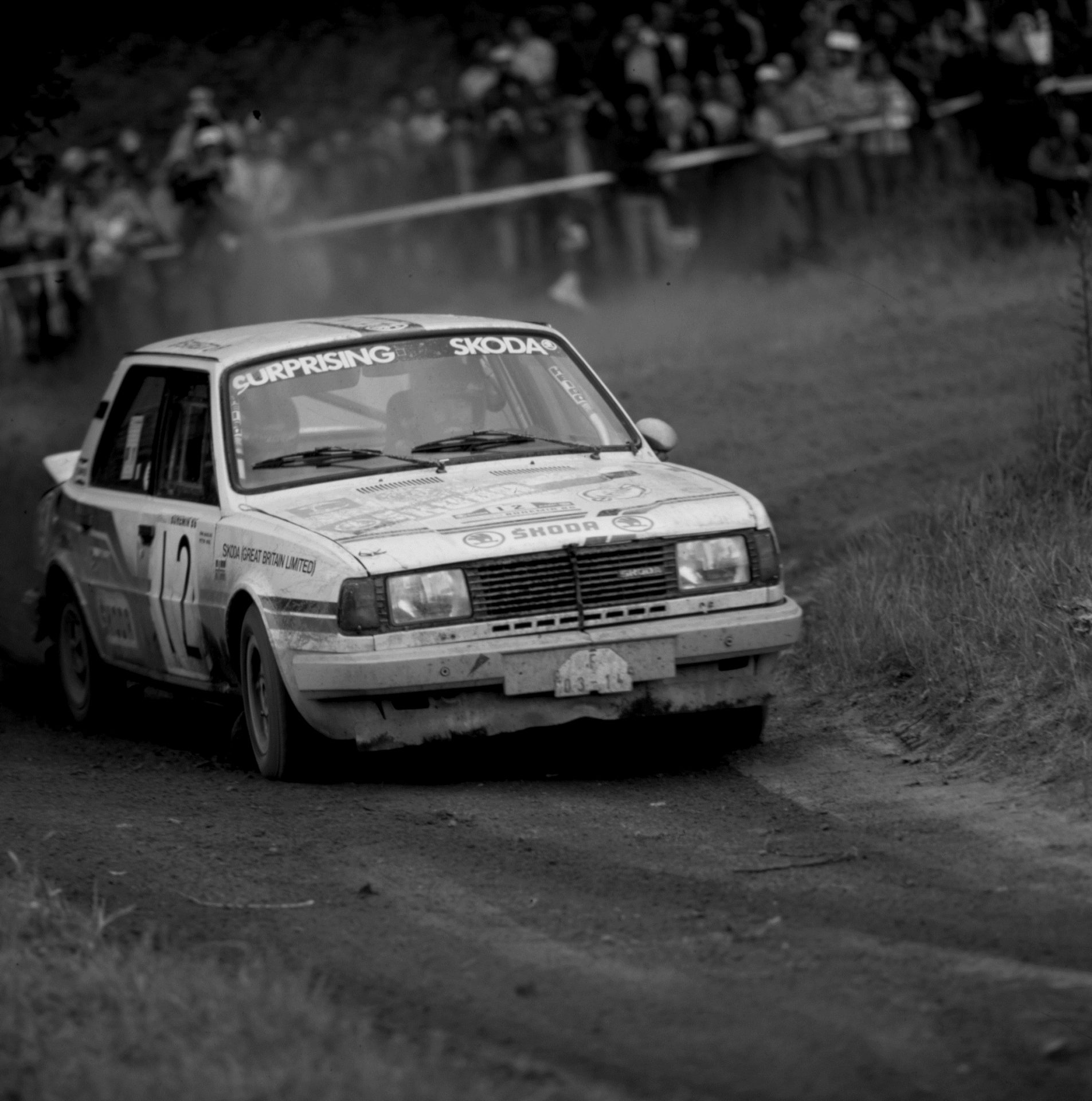 The Last of the Rear Engined Racers: Škoda 130 LR Group B Rally Car

In the 1980s, Group B ruled the rally world and ŠKODA wasn’t going to miss out on the party. To replace the handsome but aging 130 RS coupe, the motorsport division developed a new racer, meant to compete in the newly introduced rallying Group B.

Most of us remember and love the Group B as the playground of massively powerful, turbocharged beasts that blasted through the crowds of excited fans at terrifying speeds. And we all know that ultimately, the speed and power of these cars became the Group B’s downfall, leading to its cancellation after a series of tragic crashes.

But there were many other interesting cars living in the shadows of the monsters. And the ŠKODA 130 LR was one of them.

With its rear engine, rear wheel drive layout, it was quite unusual among its competitors both on the street and on the rally stages. In fact, there was only one other such car competing on the rally circuit – the Porsche 911.

The development of the 130 LR begun when the cancellation of Group 2 ended the long and successful career of the 130 RS. The goal was not only to create a replacement for the 130 RS, which was not eligible for rallying anymore and was based on a discontinued model (the 110R). It was to create a lighter, faster and better handling car than the old one.

To achieve this, ŠKODA engineers came up with several innovations. The 1.3-liter engine received a new, eight-port aluminium head to go with the previously used aluminium block. With twin Weber DCOE carburettors and a host of other upgrades, it produced 130 hp, transferred to the rear axle through the five-speed gearbox, mated with a limited-slip differential.

While 130 horsepower may not sound like a lot nowadays, we should realize that not only was it the 1980s, but also that the 130 LR was feather-light. The bonnet, doors and engine lid were made of aluminium, the windows were plastic and anything unnecessary was removed from the car. Tipping the scales at 720 kg, the LR was far lighter than you would expect from a four-door saloon.

To improve handling, the 130 LR received a new rear axle with different geometry and provisions for changing the ride height, as well as the possibility of installing a sway bar. The front suspension was also modified and there was a choice of eight types of brakes, for various types of road and racing use.

When the 130 LR met its predecessor, the 130 RS, in a direct competition, it quickly proved itself to be quicker and more effective on the rally stage. In hands of ŠKODA works drivers like Ladislav Křeček, John Haugland or Pavel Sibera, it made several top-ten finishes in the mere three years of its career.

In 1987, though, the FIA decision to ban the Group B cars effectively ended the international career of the 130 LR. With the new front-engined hatchback ŠKODA Favorit entering production, it made no sense to develop another version of the tried and true 130 for racing. Instead, the remaining 130 LRs were used in various rallies in Czechoslovakia, some of them also entering the road course or even autocross races.

After living the hard life in amateur racing, not many of the several hundred 130 LRs originally produced – 200 homologation cars, 20 racers plus an unknown number of cars modified to 130 LR specs – remain to this day. With renewed interest in the rally cars of the 1980s, the original 130 LR cars are now extremely sought after by collectors and can command high prices, although most of those available on the market are replicas.

Interested in more about the history of ŠKODA rally cars? Follow us on social media and watch out for more articles from this series. And in between, you can watch this old video from the times when 130 RS was in its prime: