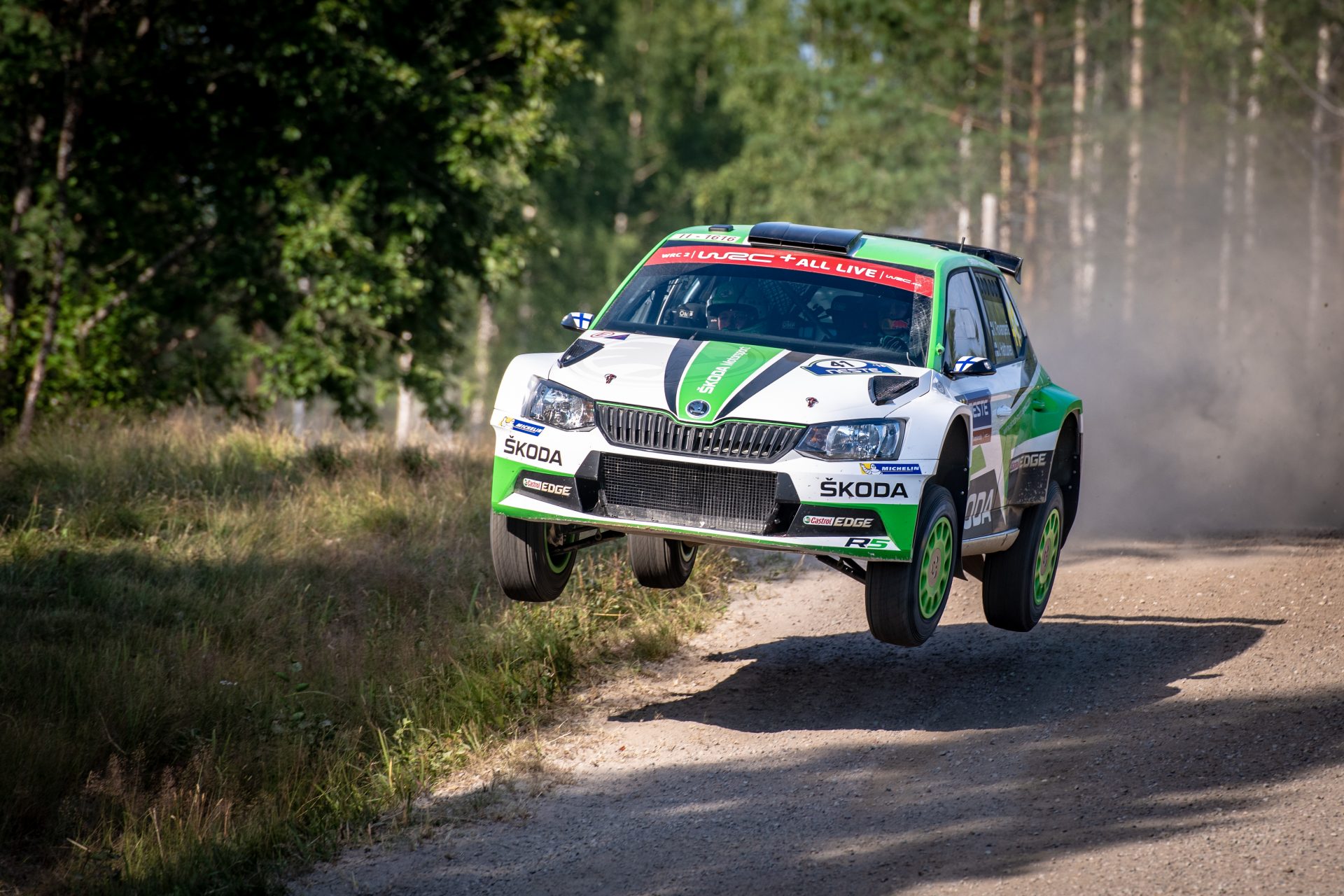 Enjoy the Best Moments from Rally Finland in Our Wrap-up Video!

This year’s Rally Finland was full of dramatic moments, fierce battles and, of course, huge jumps. Even though our works crews didn’t have much of luck on their side, with O.C. Veiby and Stig Rune Skjærmoen having to retire after a mishap in SS18 and Kalle Rovanperä with co-driver Jonne Halttunen losing their lead after damage suffered in the same stage, the ŠKODA cars still proved their worth, with Eerik Pietarinen and his co-driver Juhana Raitanen finishing in the 1stplace.

Relive the coolest moments of the rally – the jumps, the lakes and the heroic slides in the sweeping turns of the forest gravel roads – in our wrap up video! And remember that in just two weeks, the rally action is coming to the wine country of Mosel in Germany! Watch us for more news and stories about rally!