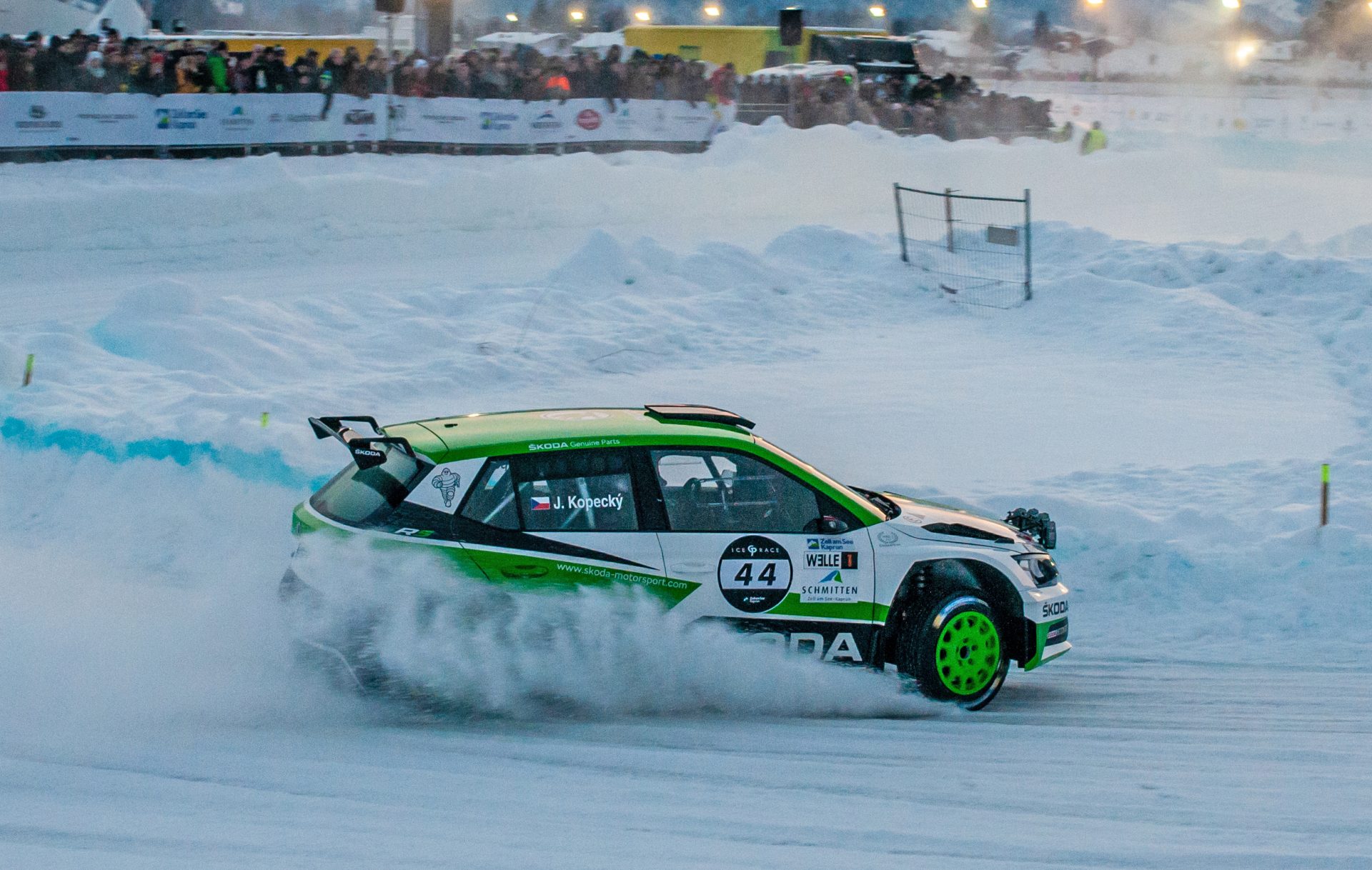 Before the WRC 2 season started, there was time for ŠKODA Motorsport to have some winter fun. Jan Kopecký took his FABIA R5 to the Austrian town of Zell am See, where the famed GP Ice Race was running for the first time in 45 years (we introduced the race in our recent article). The results were, as we are getting used to seeing, quite spectacular.

The renewed GP Ice Race included a competition for R5 rally cars, which took place over both days of the event. On the first day, the FABIA R5 had another chance to face its new rival, the Polo GTI R5, which was first introduced at last year’s RallyRACC Catalunya and is poised to become ŠKODA’s biggest competitor in the 2019 WRC 2 and other rally series.

On the first day of the event, Jan Kopecký claimed a class victory ahead of Volkswagen’s Romain Dumas. Sunday, day two of the race, brought an even more spectacular outcome for ŠKODA when Julian Wagner, an Austrian junior driver from the Baumschlager Rally&Racing (BRR) team took his FABIA R5 to second place, behind Jan Kopecký, who once again dominated the proceedings.

“It was really amazing to compete here with my ŠKODA FABIA R5 on ice and snow. Even in the car I could feel the enthusiasm of the fans,” commented reigning WRC 2 champion Jan Kopecký.

The weekend in Zell am See was not all about serious competition, though. Matthias Kahle, who has seven titles from the German Rally Championship to his name, entertained the crowds  with spectacular drifts in his rear-engined, rear-wheel-drive ŠKODA 130 RS, which is dubbed “the Porsche of the East” not only for its layout, but also for the performance offered by a 140-horsepower engine in combination with less than 900 kilogram car.

Jan Kopecký had his share of fun, too, when he took a really special co-driver for a demonstration run. Berhard Maier, Chairman of the Board of Management ŠKODA Auto, sat in the co-driver’s seat, usually reserved for Pavel Dresler, and enjoyed a run on the ice.

The other FABIA R5 driver in Zell am See, 23 year old junior Julian Wagner, already impressed with his speed on ice and snow two weeks ago, when he scored a victory in the first round of the Austrian Rally Championship, the Jaennerrallye. In Zell am See, he completed a double victory on Sunday, behind Jan Kopecký.

“We didn’t expect such tremendous success when we decided to re-invent the legendary Ice race in Zell am See with a modern interpretation after its long slumber of 45 years. The competition of the modern R5 cars was really a highlight for our fans,” enthused Ferdinand Porsche, who, together with Vinzenz Greger, is the founder of the GP Ice Race in Zell am See.