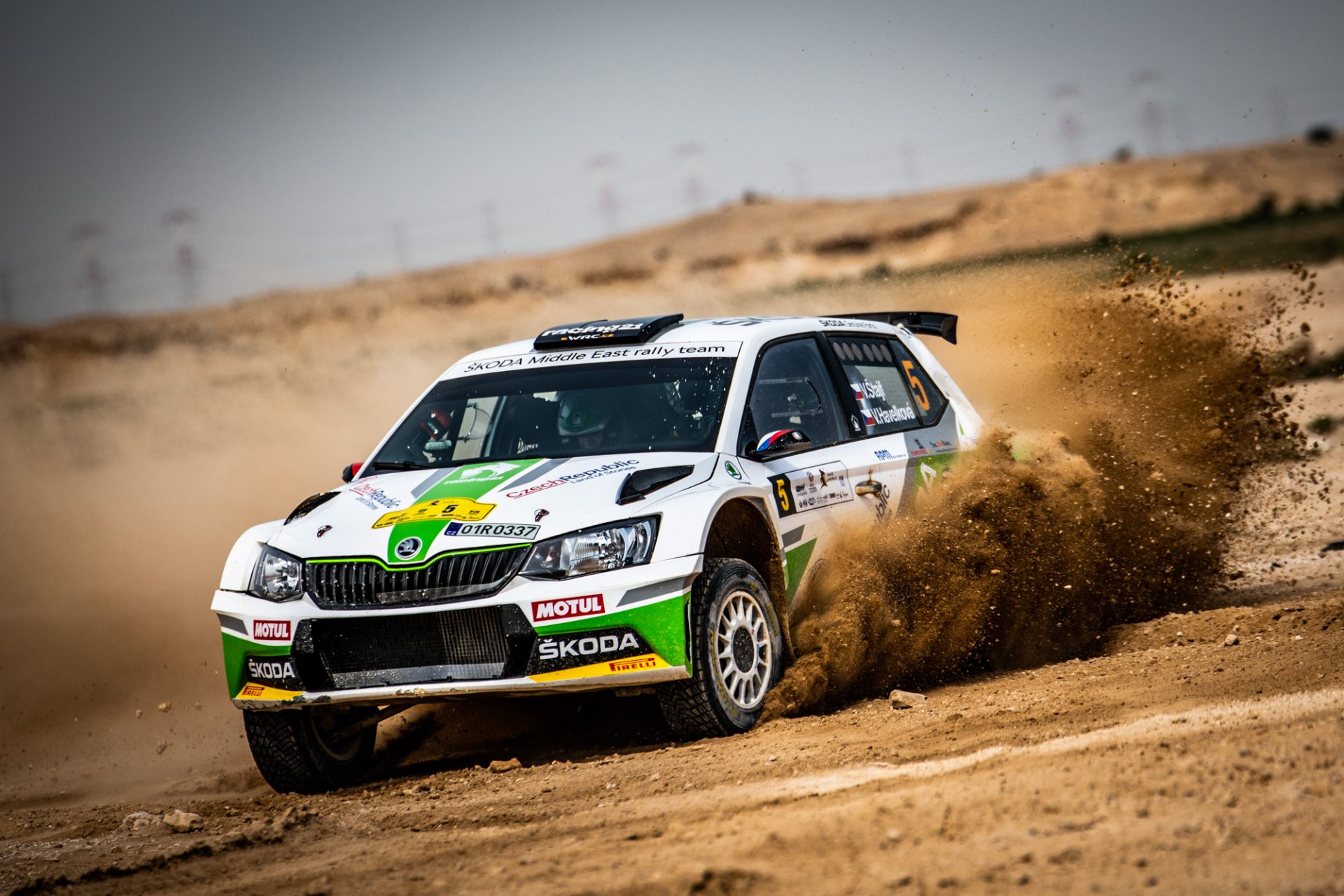 To say that it’s unusual for outsiders to succeed at International Rally of Qatar would be a gross understatement. The last time a crew from non-Arabic country won here? Twenty-two years ago, when Björn Waldegård with co-driver Fred Gallagher took their Toyota Celica to victory. Since 2002, crews from Qatar won each and every year. That is, until this year.

At 2018 International Rally of Qatar, the Czech crew Vojtěch Štajf / Veronika Havelková from Racing 21 team took their ŠKODA FABIA R5 to the victory, also securing the 2nd place in the Middle Eastern Rally Championship (MERC). To make the list of their achievements even longer, Veronika became only the second woman ever to stand on top of the podium here, after Tina Thörner navigated Nasser Al-Attiyah to the victory in 2009.

The result is even more admirable considering the fact that it was the first rally Vojtěch Štajf entered with Veronika Havelková as his co-driver. Initial stages were about learning to work together at rally pace, but they found speed and confidence right away and stay right behind the leader, Nasser Al-Attiyah, for the whole Friday’s leg.

This would be enough for Štajf to keep the 2nd place in the MERC overall standings, with Al-Attiyah already crowned champion after his victory in Kuwait in the early November. Then, Quatar driver’s Ford Fiesta R5 developed a problem with rear-left wheel hub. Štajf took the opportunity and won the stage.

Getting past the slower car in front wasn’t easy, though. Vojtěch Štajf described the situation in his own words: “Today, Al-Attiyah got unlucky. As a fellow racer, I can feel for him – but that’s rallying. I had to concentrate, as I was afraid that I will hit something when trying to overtake him. We were losing precious time. Two or three times, I tried to go outside the track, but I saw huge rocks. I didn’t want to take unnecessary risks and maybe even lose the whole rally. When Nasser finally let us ahead, it was clear that we’e got the chance to win.

In the next stage, the local champion was forced to retire and the Czech crew moved up to the lead, opening the chance to score a debut victory in FIA MERC. Štajf was well aware of the challenge and tried to kept steady pace, keeping ahead of competition, but even so, he wasn’t able to avoid problems completely.

“We made one mistake. We went some 300 or 400 metres in the wrong way. We didn’t return the way we came, but went right back to the track. I didn’t gain any time as I had to go slowly, in second gear. Still, I didn’t follow the track, so the penalisation was appropriate, even though it was a little high”, said Vojtěch Štajf about the most dramatic moments of his race.

Finally, the crew from Racing 21 team made it to the podium in Doha more than 4 minutes ahead of runner-up Adel Hussein on Ford Fiesta R5, scoring their first win in MERC. With 131 points, Vojtěch Štajf shared the podium with Nasser Al-Attiyah (153 points) and Meshari Al-Tefiri (59 points) after he managed to successfully finish all five rounds of MERC.