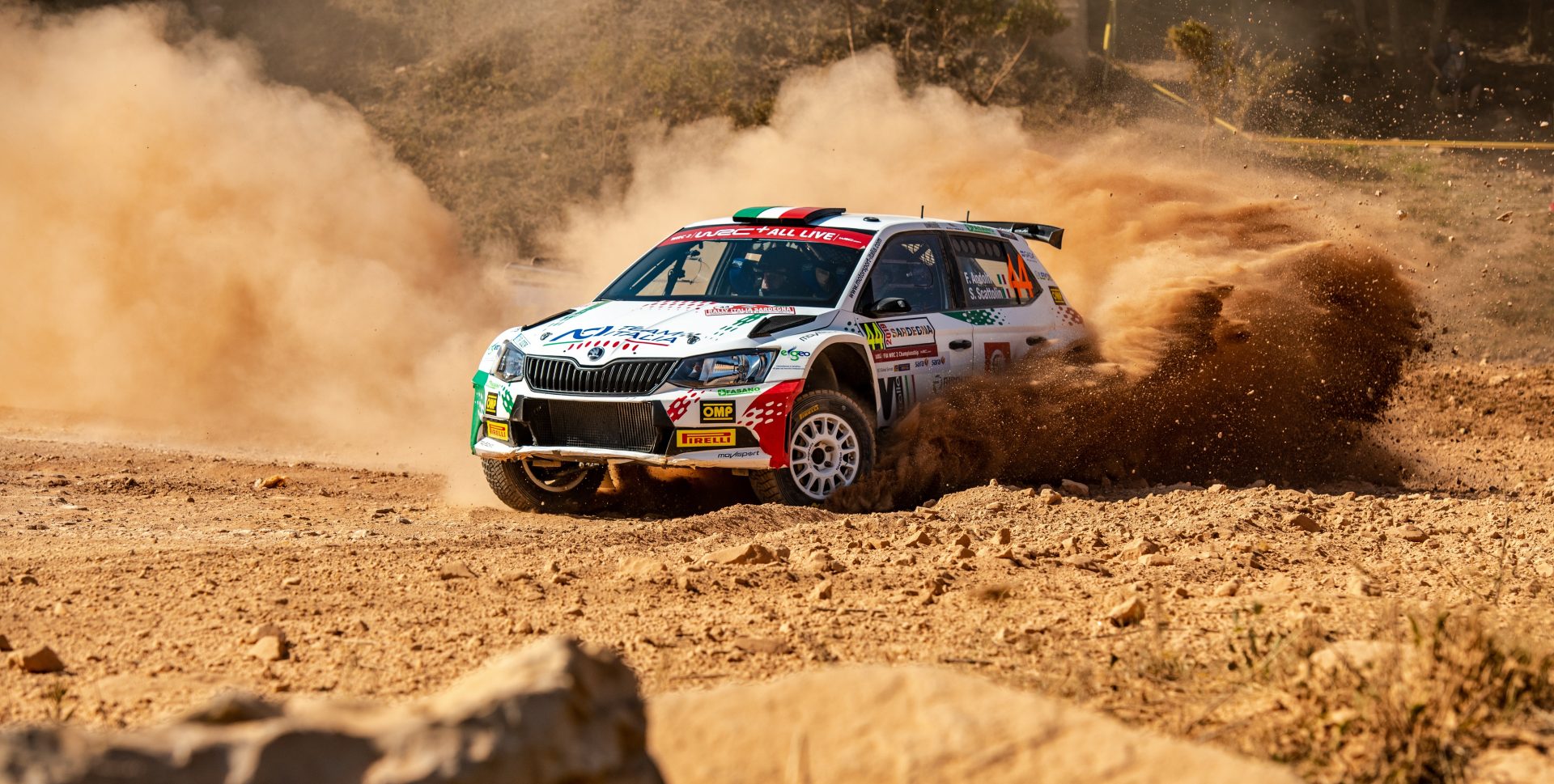 Fabio Andolfi: Even my mother competes in rally

Let’s start at the beginning – how did your rally career start?

It’s all thanks to my dad, who made it possible for me to participate in my first rally in 2012.

Let’s switch to the future. What are your goals and ambitions in rallying?

My main goal is to be successful enough to become a professional WRC driver.

This year is your second season driving a FABIA R5, so what do you think of it? Are you looking forward to the new FABIA R5 evo?

I love the way the FABIA R5 drives and I think I’ve developed a good feel for its handling, but I still have a long way to go honing my driving skills. I really can’t wait to start driving the new ŠKODA FABIA R5 EVO.

You have driven various R5 cars over the course of your career. How does the FABIA R5 stand out?

I haven’t driven all of them, but among those that I have some experience with, the ŠKODA FABIA R5 feels really good. It’s a very competitive car and it really deserves praise for its exceptional reliability. You can totally depend on it!

It’s hard to miss the similarity between your name and your car’s. Do you have any special connection to the FABIA thanks to that?

Yes, I am happy that it (almost) bears my name. I hope that we can achieve great results together!

You got your first WRC 2 victory at Tour de Corse. What can you say about this rally?

This year’s Tour de Corse was a rally we will never forget! I think the greater part of our success was thanks to the excellent job we did in preparation. I would like to send great thanks to all the people who believe in me. The victory wouldn’t have been possible without their help!

„I first got behind the wheel when I was 8 years old.“

Is rallying your main job? If not, what do you do for a living?

It’s not, but my main goal is to become a full-time rally driver one day. For now, I work as a mechanic in my dad’s workshop.

When did you start thinking about getting into rallying?

Very early. In my family, we’d talked about it since I was a little kid. It was a natural thing – after all, my dad is a rally driver, my mum is a co-driver and my brother is a rally driver as well.

How old were you when you first drove a car?

We’re a family of rally drivers, so I got my start quite early. I first got behind the wheel when I was 8 years old.

Is there any rally driver who was your role model when you were a kid?

Yes, growing up, my favourite driver was Miki Biasion, the Italian legend that drove Lancias in Group B and then won two WRC titles behind the wheel of a Lancia Delta Integrale. It all happened before I was born, but I still liked him the best.

We know that a rally driver has to stay fit. What do you do to keep in shape?

There’s not much of a special diet to speak of, but I keep pretty active – biking and going to gym. I also do motocross, which is pretty intensive physically.

You’ve been driving with your co-driver Simone Scattolin since 2014. How do you get along?

He is a real friend of mine. Although we don’t live close to each other, so we can’t meet much outside of the rallies, we talk on the phone basically every day. We really clicked together and I think we are doing a great job, as Corsica showed.

How do you celebrate victories together, if you do it at all?

We’re not the types to have big parties, we never have been.

What kind of driver are you on the road?

Not at all, there is a place to drive fast, and that’s on the track. On the road, I respect the traffic rules and I’m a very attentive driver.

What was the most difficult moment of this season for you? And what was the best?

The worst was in Sardinia, when I made a trivial mistake in the first stage which cost me several minutes. The best moment was, of course, the victory in Corsica.