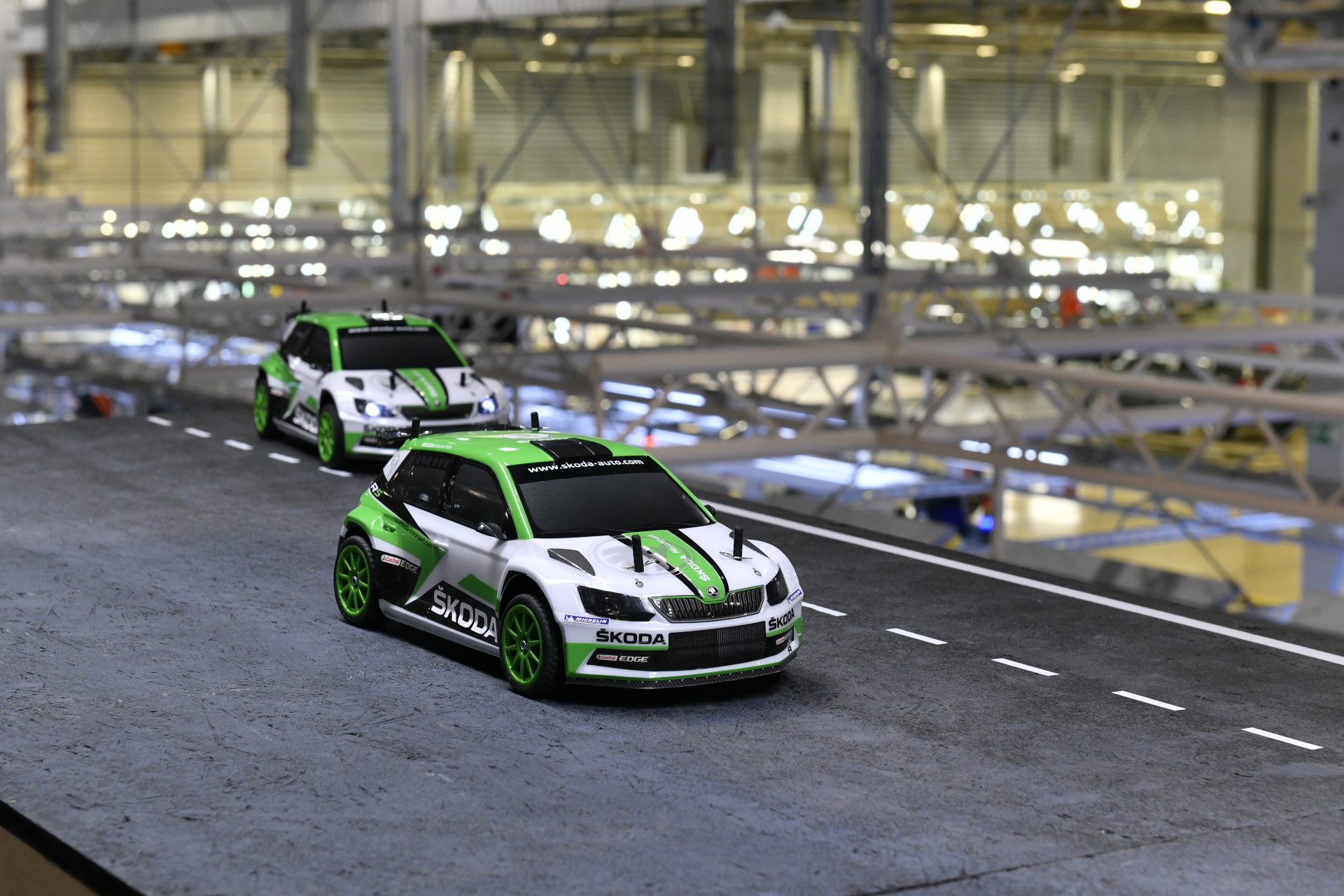 Is an RC Car Faster Than a Production Line? | RC Rallying

The ŠKODA plant in Mladá Boleslav makes one car every minute. Can an RC rally car make it through the factory faster? And what is RC rallying all about?

You may think of RC cars as mere toys. After all, weren’t we all playing with remote controlled cars when we were kids? The RC rallying, though, is a whole different ballpark. No, a whole different game. This is no kids play, this is serious racing – even though the drivers are chasing their machines on foot instead of sitting behind the wheel.

The drivers of the two FABIA R5 models featured in the video are teammates and race in Czech Championship for RC Cars. It not only sound similar to real rally, it works that way, too. Like in real rally, the car drive on outdoor stages with varying surface – tarmac, gravel or even snow – and like in real rally, a large part of it is won or lost in the service area.

Instead of the turbocharged petrol engines of real rally cars, the RC models are instead fitted with electric motors and Li-Pol bateries. What is similar, though, is the wide range or available tuning and adjustment. Like in a real car, you can select from a wide variety of tyres for different surfaces, you can change shocks and many other aspects of the car.

This means that the drivers also serve as mechanics – and not only that. As the RC rally cars, quite obviously, aren’t “off-the-shelf” products, the drivers extensively modify them, doing things like moving the engine to adjust the centre of gravity, and even make parts for them. So, in a way, they also take up the role of the engineers and even the factory itself.

Still, it may seem like a lazy sport – just standing by the track with an RC controller in your hands. In fact, the RC rally drivers have to be fit as well. The stages can easily measure a kilometre, which means you have to run for several minutes, following your car around.

And you have to run quick, because these cars are plenty fast. It is possible to fit them with engines that give them top speed of up to 100 km/h, even though in typical conditions, they have top speed somewhere around 40 km/h and of course, they go much slower in turns.

Want to know more about this fascinating kind of tiny motorsport? Head over to ŠKODA Storyboard to read interviews with both drivers, and watch us here – we will certainly revisit the topic in the future!