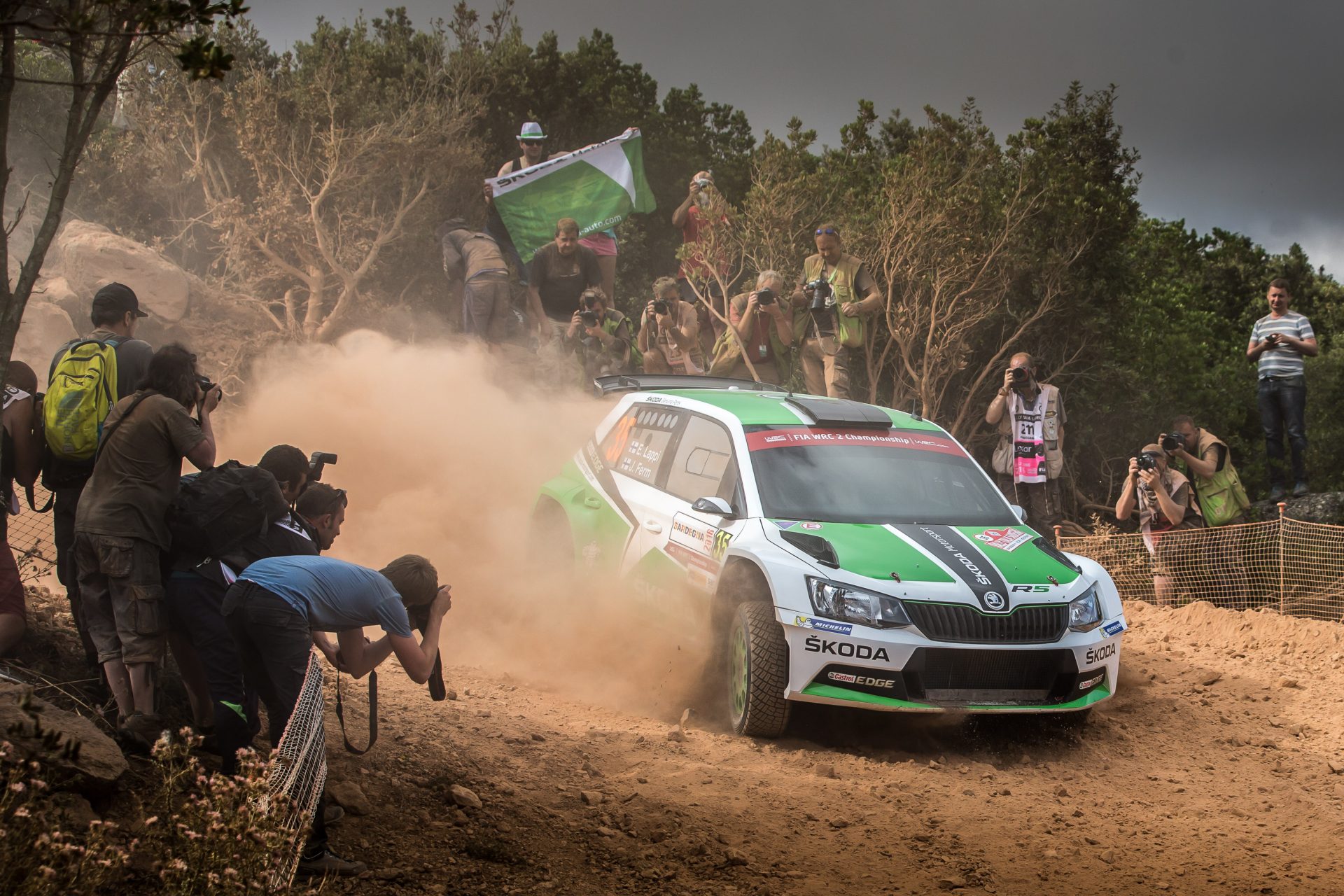 Fast cars have been racing around San Remo since 1928. Although Rallye Sanremo is no longer a WRC event, after being replaced in the WRC schedule by Rally Sardinia, it continues to take place every year.

The town is one of the jewels of the Italian Riviera. Tourists have been pouring into San Remo for over a century. You can find a large marina there, as well as a famous casino, opened in 1905. It’s the perfect setting for tense battles of will between courageous men in fast machines, just like the Rallye Monte Carlo, which has been running in nearby Monaco since 1911.

The first ever Rallye Internazionale di Sanremo was held in 1928. It was won by 31-year old Ernest Urdarianu, a close friend of the future Romanian king, driving a Fiat 520. He repeated his success the following year, when the route went through the streets of the town, this time behind the wheel of more modern Fiat 521. After this, though, the racing in San Remo stopped until 1952, when the ladies’ Rallye Femminile Perla di Sanremo started its short run, ending in 1956.

The rally made a comeback in 1961, when it returned under the name Rallye dei Fiori. The first year’s winner was Mario De Villa in an Alfa Romeo Giulietta. The name kept changing. In 1968 and 1969, the event was run as the Rallye di Sanremo, in 1970 and 1971, it was the Sanremo-Sestriere – Rally d’Italia. At the same time, it became part of the World Rally Championship.

The rally was given its traditional name, the one it has kept to this day, in 1972. This event became famous not only for its charming scenery but for the way that the track offered a unique combination of tarmac and gravel surfaces.

The peak of Rallye Sanremo’s popularity came in 1979, when the routes were extended into the neighbouring regions of Tuscany and Umbria. The fans could see world-famous stars on the stages, including the likes of Sandro Munari, Björn Waldegard, Markku Alén, Walter Röhrl or Michéle Mouton, who won here in 1981. Apart from one break in 1995, Rallye Sanremo has continued to run to this day, with many categories including the historic rally and the eco rally.

Rallye Sanremo has not been a part of the WRC since 2004, when it was replaced by the Rally Italia Sardinia, which takes place around Porto Cervo. In Rally Italia Sardinia’s first year as Italy’s sole WRC rally, it was won by Petter Solberg in a Subaru Impreza WRC. Both fans and drivers look forward to Rally Sardinia’s mountainous terrain and to particular points on the track – like the famous Micky’s Jump. This is a breathtaking jump over a blind horizon in the Monte Lerno special stage. Cars often fly for more than 20 metres, and it’s followed by a curve, so there are a lot of crashes and moments of high drama.

Rallye Sanremo is still alive and kicking, however, even though  it was a victim of Rallye Monte Carlo’s popularity. It made no sense to have two WRC events so close to each other, barely 30 km apart, even though the former reaches further into the Italian interior. Rallye Sanremo continues because the Italian fans would never allow such a beautiful tradition to end. As a result, we have two fascinating rallies near each other and the best drivers in the world taking part.