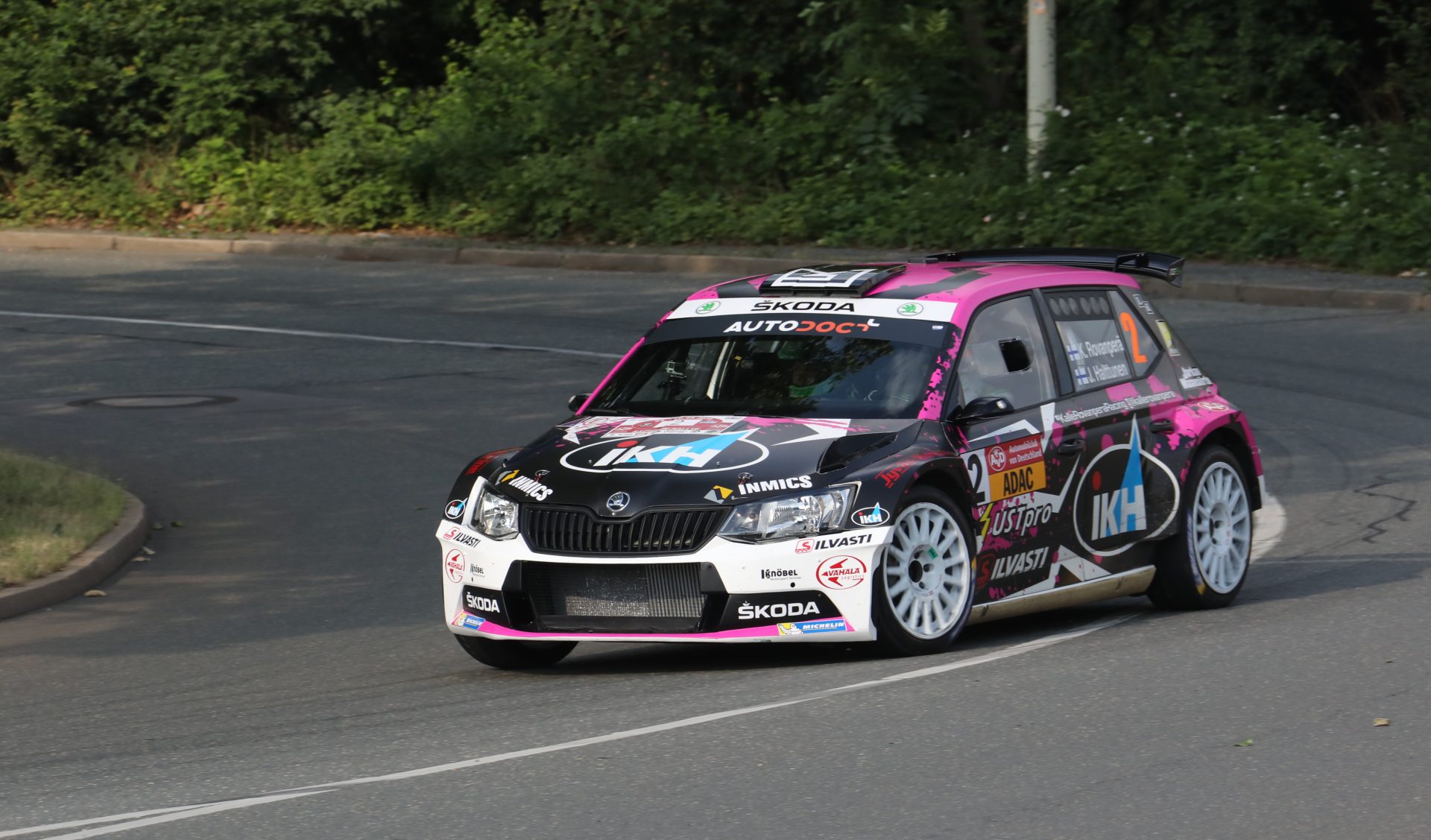 For the first time since last September, Kalle Rovanperä with co-driver Jonne Halttunen took part in a tarmac rally when they took a private FABIA R5 by TGS Worldwide to the Sachsen Rally in Germany. A part of the ADAC Rally Masters series, the Sachsen Rally starts in Zwickau on Friday, going through 14 special stages in two days.

Since the first stage, the TGS FABIA R5 driven by Rovanperä utterly dominated the rally, with the Finnish youngster scoring best time in all but three stages. This resulted in clear victory, 19.2 seconds ahead of Sepp Wiegand with co-driver Anne Katharina Stein, also on FABIA R5. The only crew that managed to score stage victories were Dominik Dinkel with co-driver Christina Kohl, who were fastest in SS2, SS4 and SS9.

Overall, the FABIA R5s were running the show. Of the top 6 positions, FABIA R5 crews took five, with Marijan Griebel and Alexander Rath on Peugeot 208 T16 in the 5th place being the only non-ŠKODA crew at the top.

For Kalle, though, the Sachsen Rally was not about the points, but about honing his skills. Like most Scandinavian drivers, he’s not really used to driving tarmac rallies and this was a great opportunity to improve his skills after a long pause. After first four stages, he noted that while the fast and flowy tarmac in Germany may suit him better than twisty roads in Italy, but that he still needs to get used to it.

Looking at the results, we can’t help but think that he got used to tarmac stages just fine!