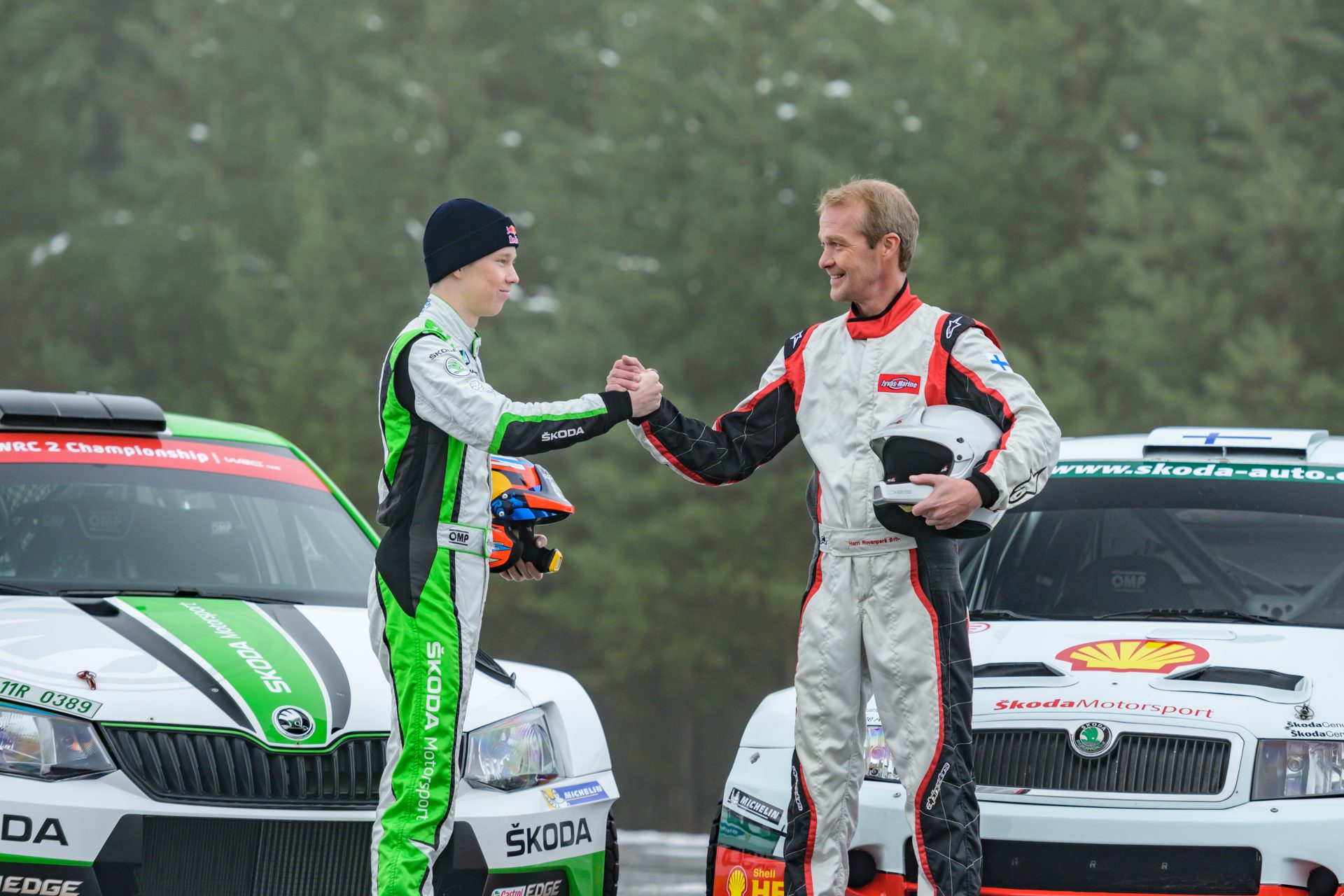 Motorsport is often a family thing. It seems that growing up as a son of a racer makes you likely to catch the racing bug and desire to get into racing as well. Of course, having someone teach you and give you advice from early age doesn’t hurt, too. Whatever the reason, father and son pairings are quite common in all forms of motorsport. Just look at Graham and Damon Hill or Gilles and Jacques Villeneuve in Formula 1, the American racing dynasties of Andrettis, Pettys and Earnhardts and of course many rally drivers. Pauli Toivonen and his son Henri Toivonen, legends of the 1960s and 1980s, respectively, come to mind, as well as Jimmy McRae and his famous son Colin.

At ŠKODA Motorsport, both reigning WRC 2 Champion Jan Kopecký and his 18-year-old teammate Kalle Rovanperä “inherited” their racing passion after their fathers. Jan Kopecký even met Harri Rovanperä, Kalle’s father, as a competitor on rally tracks. In the 2006 season, Harri Rovanperä competed with the first rally version of ŠKODA FABIA, the mighty FABIA WRC.

This got us thinking. Who will be faster? Father in the top-level rally car from 12 years ago, or son in the most successful WRC 2 car of the present? With 300 horsepower, 2-litre turbocharged engine, almost half as much torque and similar weight, the FABIA WRC has an advantage against Kalle Rovanperä’s FABIA R5. On the other hand, the newer car benefits from another decade of technical advancements. And then there are drivers. Harri was a successful racing driver with remarkable career in WRC, it’s 12 years since he entered a rally for the last time. Kalle is much younger and he just recently got into WRC 2, but he’s racing all the time and constantly training between the rallies.

To find out who’s faster, we have staged a family race, with both Kalle and Harri going against the clock, each in his rally FABIA. To make things even more interesting, we put them into each other’s co-driver’s seat. Who will win? And what will they have to say about each other’s driving skills?

Head over to ŠKODA Storyboard to read the full story – and, of course, watch our video!