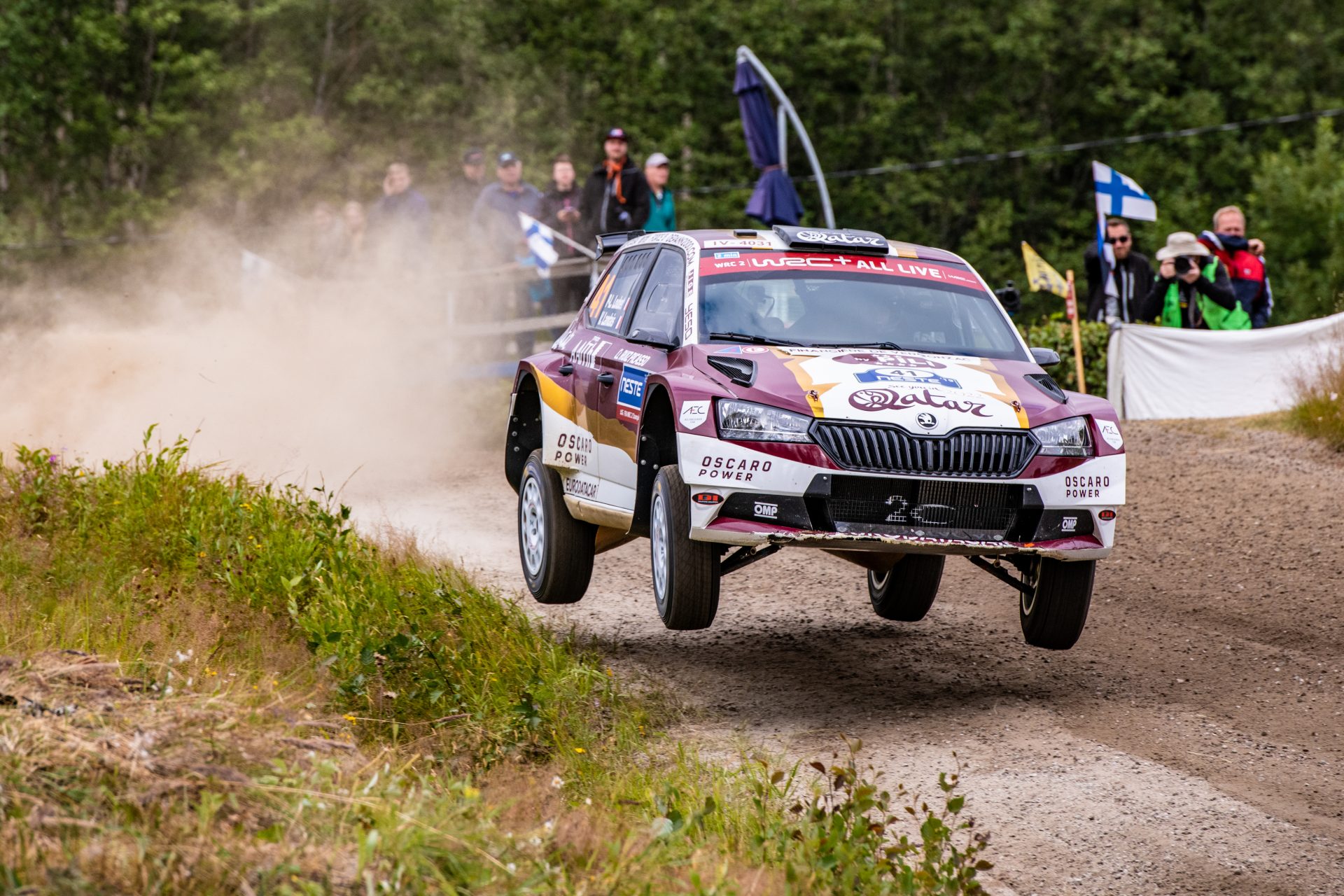 The ŠKODA FABIA R5 has totally dominated this year’s WRC season. In the WRC 2 Pro category, the title went to the works crew of Kalle Rovanperä and Jonne Halttunen, in WRC 2, it was a pair of Frenchmen, Pierre-Louis Loubet and Vincent Landais, who finished the season as winners.

At just 22 years old, Pierre-Louis Loubet is one of the most promising hopefuls in rallying. He started racing karts when he was seven, and he stayed on the circuits until 2014, when he raced in Formula Renault. As soon as he got his driving license, however, he moved on to rallying. On the world scene, he debuted in Portugal round of the JWRC and finished second straight away. In 2016, he moved on to the WRC 2, first with a Peugeot S2000. This was later replaced by a Citroën DS3 R5, which also took him to his first podium finishes in the Spanish rally.

Right after Rally Sweden in 2017, Loubet switched to M-Sport, becoming a teammate of Eric Camili and Teemu Suninen. He regularly finished on points, but he didn’t reach the podium at all that whole season – his best result was fourth place in Spain. He spent last season in the BRC team, driving a Hyundai i20 R5. He began with two starts in the European Rally Championship (the Canary Islands and the Azores) and then he continued in the WRC 2, but once again, he didn’t quite make it to the podium.

Loubet’s breakthrough came this year, when he switched to ŠKODA. Once again, he began with two ERC rallies in the Azores and the Canary Islands. Although he had a few problems with his alternator and collected a penalty for starting too early, his results suggested he would be quick in the FABIA R5. He went to Corsica with hoping for good results, but a series of small problems slowed him down and in the end, he finished tenth in the WRC 2.

On the gravel stages of Portugal and Sardinia, he finally took his first two victories in the world championship. He was fourth in Finland, fighting for the victory against Petter Solberg, only to finish second and take the lead in the championship’s overall classification. Then he finished fifth in Spain, enough to keep his overall lead in the WRC 2. When the Australian rally was cancelled due to fierce wildfires in New South Wales, Pierre-Louis Loubet and his co-driver Vincent Landais claimed the title in the WRC 2 category.