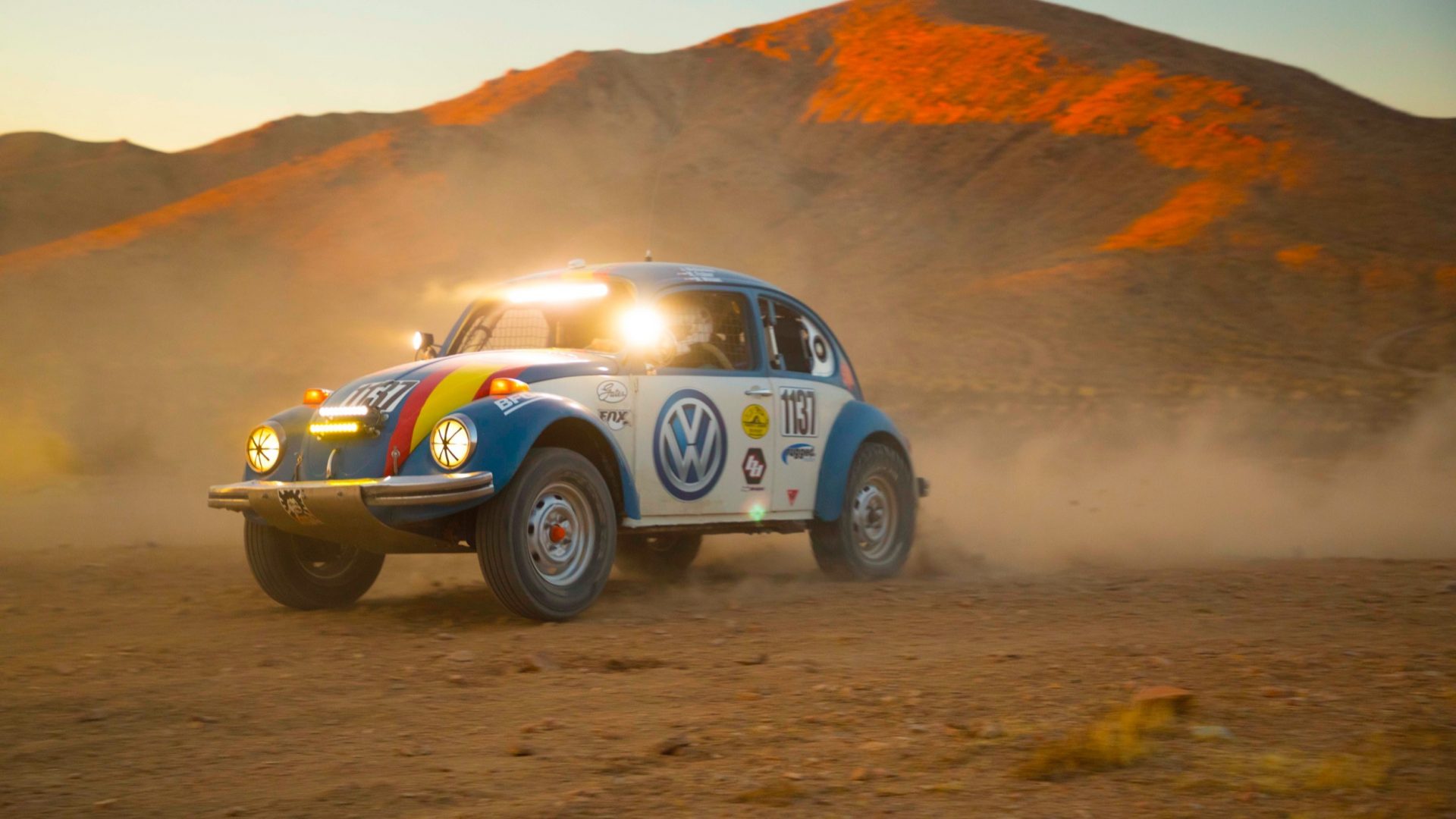 Baja 1000: The Madness in the Desert | Weird Racing

For most people, driving over bumpy desert at speeds of over 200 km/h is the very definition of insanity. For Baja racers, it’s their preferred form of motorsport.

It started in 1962, when Bud Ekins, a famous stuntman and a friend of Steve McQueen, decided to demonstrate the reliability of a new Honda Scrambler motorcycle by taking it on a run through the desert, from Tijuana on the US border to La Paz, the capital of the Mexican state of Baja California. He did 1.533 km in just under 40 hours, to the awe of both the fans and the press.

Five years later, in 1967, Bruce Meyers, the owner of Meyers Manx company and the father of the Volkswagen-based dune buggy, decided to show the bikers that four wheels are better than two. Driving one of his own creations, he did the same trip in 34:45, more than 5 hours faster than Ekins. Just a few months later, the race, initially called the Mexican 1000 Rally, was born.

Today, we know it as Baja 1000, one of the craziest races in the world. If you’ve never heard of it, just imagine the Dakar Rally, but with more of everything! More speed, more power and, of course, more jumps.

The flagship of this kind of racing is the Trophy Truck. These beasts are built around a tubular space frame and powered by large V8 engines, typically providing around 900 horsepower. Maybe even more important is their suspension, with a travel of around 60 to 90 centimetres, which explains their uncanny ability to cover the desert at an outrageous pace.

The surprising part? Up until recently, Trophy Trucks were almost exclusively rear-wheel drive, because it was impossible to build a 4×4 system that would be flexible enough to work with the enormous suspension travel and yet tough enough to withstand the conditions of Baja. In recent years, this is has begun to change, but two wheel drive is still the norm.

Of course, the Baja is not just about Trophy Trucks, although they are the most visible. There are more than 20 classes for cars and trucks and several others for motorcycles and ATVs. Among the most interesting of them all are those that go back to the Baja’s roots: the Beetles.

If you love old, air-cooled Volkswagens, you have several options for competing in the Baja. You can go crazy and build a Baja Bug, which is a classic Beetle mutated into a sort of big-wheeled, desert-jumping monstrosity that looks like something from the Mad Max movies. Or you can go even further, emulate Bruce Meyers and build a Buggy.

Or, and this is possibly the craziest option of all, you can just take a Beetle and go racing through the desert. There’s a whole class dedicated to stock VW Type 1s, or, as we known them, Beetles. It sure isn’t the fastest way to race in the desert, but tackling more than 1.000 km of hard desert run in what is basically a car from the 1930s is an achievement in itself.

As if the Baja itself was not demanding enough, racing over rough desert on bad roads or no roads at all, the weather is incredibly unpredictable. What about snow on the higher parts of the route, or scorching hot temperatures in the lowlands?

Still not enough? Well, then let’s go for the stuff you thought was reserved for video games. Like the fact that the roads around the Baja are not closed for traffic and so racers often encounter a civilian vehicle. Or a cow.

And what about a bunch of locals who enjoy digging holes in your path and covering them in order to trap you like a woolly mammoth, or building “jumps” in order to watch you fly high and far, with no concern that you might crash?

Yes, this really happens. Because Baja is a crazy race for insane people. And, if you’re into fast cars, one of the coolest sights ever to watch.