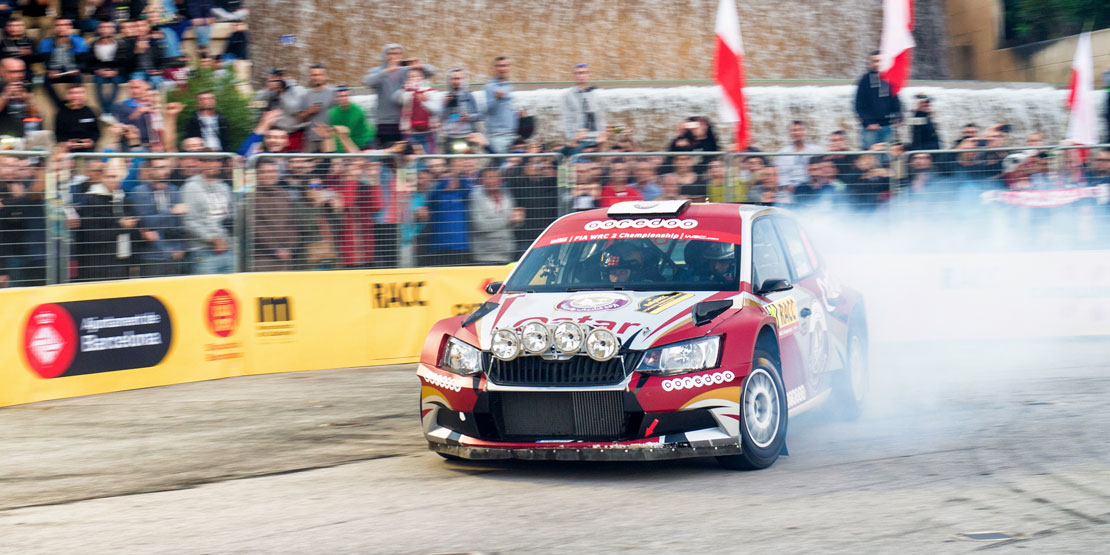 Nasser Al-Attiyah is a legend in Middle Eastern Rallying and despite the fact that he is approaching the age of 50, neither his ability nor his drive to succeed has diminished.

He has won no fewer than fourteen Middle Eastern Rally Championship (MERC) titles. He also won the WRC 2 title in 2014 and 2015, the PWRC title in 2006, has two Dakar Rally wins under his belt, and is also a four-time Qatari Rally champion. This year, he was crowned MERC Champion once again, with three victories from the four rallies he finished, beaten only by FABIA R5 driver Vojtěch Štajf in his home rally at Qatar.

But even as he approaches his fifth decade, it seems that Al-Attiyah is still on the lookout for new challenges. And that looks likely to come in the form of a crack at the World Rallycross Championship (WRX) in an exciting new ŠKODA.

Earlier this year, Al-Attiyah travelled to the Bikernieki circuit in Latvia to test-drive the new ŠKODA FABIA Supercar for the Lithuanian team ES Motorsport.

The FABIA Supercar has been developed from the chassis of a FABIA R5 rally car and fitted with an ORECA rallycross engine. ES Motorsport has undertaken the bulk of the development in partnership with Thierry Viardot from Viason Sport and Ken Skidmore from Autotek.

After it underwent successful early tests in France, this session was seen as a litmus test to decide whether the car could be competitive at WRX level.

The venue, in the Latvian capital Riga, had hosted the Latvian round of the WRX the previous weekend, so the objective of this test was to see if either Al-Attiyah or Belgian driver Kevin Abbring, the teams test-driver and a former Hyundai WRC works driver, could challenge the times that had been set.

The results surpassed all expectations. As ES Motorsport team manager Ramunas Fetingis said afterwards, “It’s gone better than expected. Already from the very first laps, I can tell you that we can get to the European Championship finals, so it’s quite okay for us. We’re really happy.”

Both drivers performed well, but with Abbring planning to remain as a test-driver for the team for now, Al-Attiyah looks in pole position to take on the 2019 WRX.

Team manager Fetingis has already confirmed that they plan to put a new driver into the WRX Championship. He then all but confirmed the deal for Al-Attiyah by saying, “I cannot officially announce that Nassar is coming but he is really happy with the car, with the team and we are happy with his performance so we are doing everything to make a deal for next season.”

If Al-Attiyah does sign on the dotted line, it will not be the first time he has competed in a ŠKODA FABIA. Back in 2010, he drove a FABIA S2000 for several World Rally Championship rounds, while in 2015, a FABIA R5 helped him to both the WRC 2 and MERC titles, and in 2016 was his only car in another successful MERC campaign.

With the FABIA R5 having swept all before it in the WRC 2 and countless regional and national rally championships in recent years, the WRX Championship offers an exciting new challenge for the car and for the team that created it.

And if any driver is going succeed in steering a new FABIA Supercar to success in this new format, then someone with the calibre of Nassar Al-Attiyah is surely the man to do it.